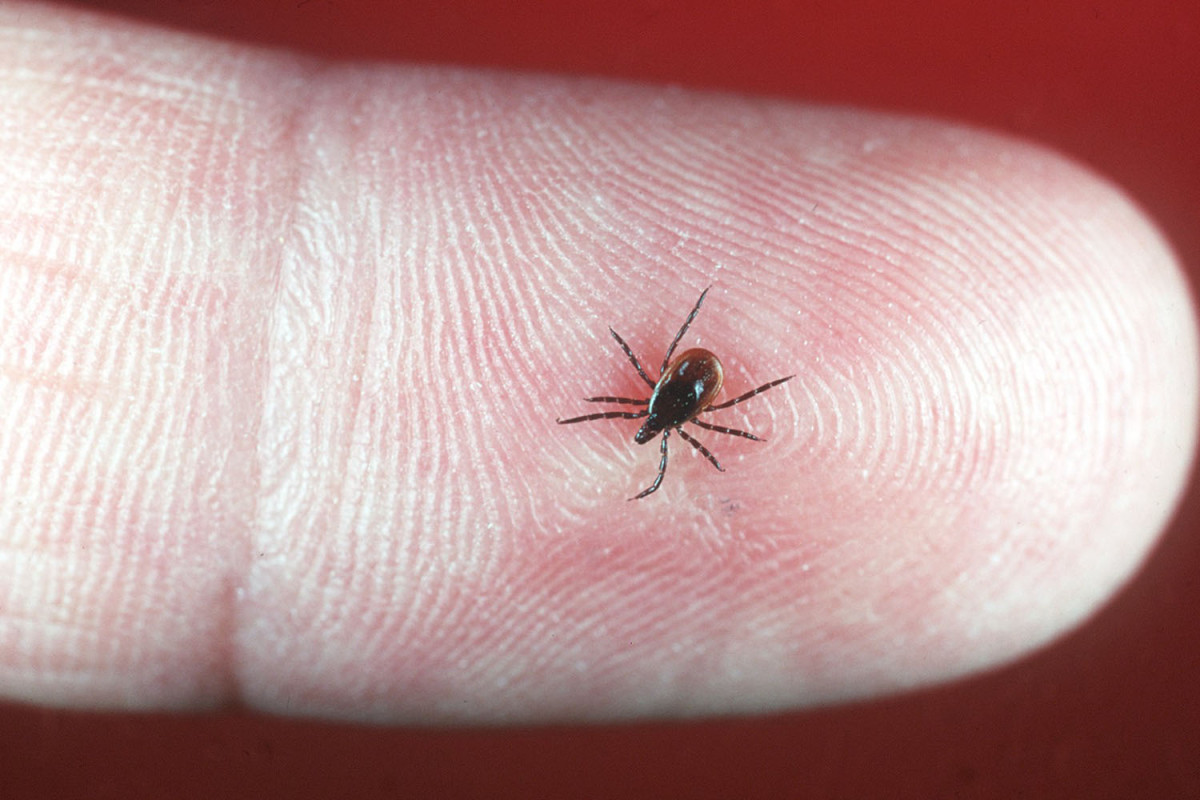 Monika Gulia-Nuss, assistant professor in the Department of Biochemistry and Molecular Biology at the University of Nevada, Reno, is working on generating transgenic ticks in her lab, the first of their kind, in order to explore new targets for vector control. Vector control is any strategic method used to limit organisms that spread disease pathogens, such as Lyme disease.

Gulia-Nuss' lab works specifically on the deer tick and has received a $407,000 grant from the National Institute of Health to continue studies. "Our focus is to be able to manipulate these ticks in the lab so that we can understand the functions of different genes," Gulia-Nuss said. "This way we can have a better approach for finding new vaccine, drug or insecticide targets."

"This particular project that we just got awarded from the National Institute of Health is to develop methods for generating transgenic ticks for functional studies," Gulia-Nuss said.

Transgenic in this sense means deleting or over-expressing a gene in an organism – in this case the tick. Generating transgenic ticks will not only help the Gulia-Nuss lab explore new areas for vector control, but also help in understanding genes involved in tick-pathogen interactions.

"One of the major impediments in tick research is that we do not have any genetic tools to dissect out the functions of their genes," Gulia-Nuss said. The lab knows the functions of certain genes in other organisms, but those specific tools are not readily available when studying ticks, so Gulia-Nuss and her team are building tools.

Originally a mosquito biologist, Gulia-Nuss moved into tick research with little experience with the bloodsucking arachnids. Studying ticks has previously proven difficult for many labs and researchers in terms of time.

"I didn't know that the tick life cycle is two years," Gulia-Nuss said. "That was a surprise for me, because with mosquitoes, I was used to 10 days of life cycle, and here I had this organism that takes two years, which is another impediment in tick research."

Gulia-Nuss' first move in her transgenic research was to shorten the life cycle of the ticks she was working on. "When I set up my lab here at the University in 2016, my first goal was to cut the life cycle short to a more manageable time," she said. "We were able to bring it down to five months from two years, which was a big step forward for us."

The lab was able to do this by placing the ticks in an incubator set to a higher temperature, increasing their metabolism and therefore causing them to molt faster. The second step for Gulia-Nuss was to inject tick embryos, something that no one else had ever done before. "We didn't even know what manipulation we needed to inject embryos," Gulia-Nuss said.

Gulia-Nuss' collaborator and the co-investigator on this grant, Robert Harrell, is an expert in transgenic insects and manages the Insect Transformation Facility at the University of Maryland. Together, they used their expertise in mosquito embryo injections and translated it into the tick research.

Affecting parasite development will help the lab to better understand pathogen interactions in ticks, as well as vector control targets for diseases such as Lyme disease.

The lab is planning to use a technology called CRISPR-Cas9, which has the ability to manipulate genes in different organisms without them needing to be a model organism. With this technology, the lab will be able to knock out genes in the ticks and understand their functions better, such as insulin signaling or other targets. "It's easier than the previous generation's tools," Gulia-Nuss said. "It's not easy, but definitely easier."