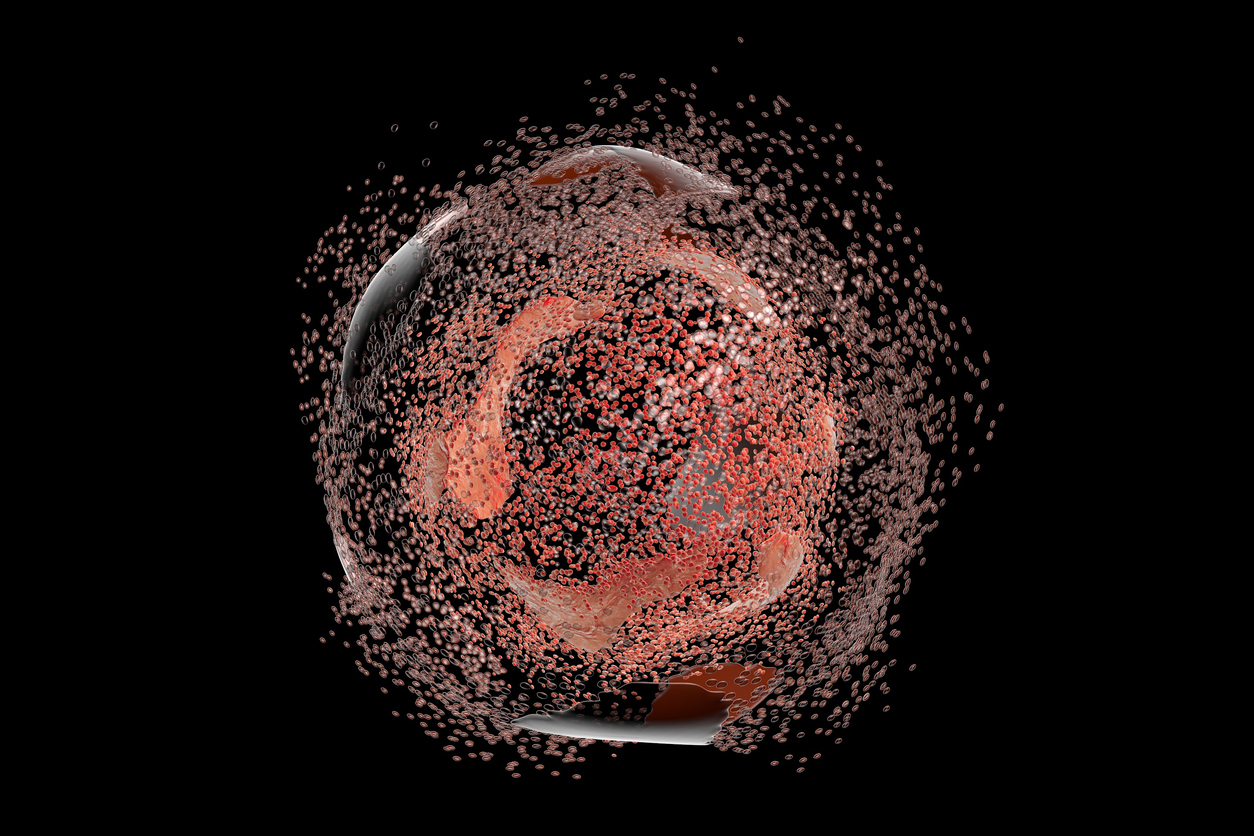 University of Pittsburgh scientists are unlocking the complexities of a recently discovered cell death process that plays a key role in health and disease, and new findings link their discovery to asthma, kidney injury, and brain trauma. The results, reported today in the journal Cell, are the early steps toward drug development that could transform emergency and critical care treatment.

Damaged or malfunctioning cells can wreak havoc on the body, so it's essential to destroy and recycle them safely and efficiently. One way this is accomplished is through ferroptosis explained senior author Valerian Kagan. To function harmoniously, the billions of cells in the body use a sophisticated and coordinated language to communicate.

"Discovering ferroptosis was just the tip of the iceberg – it's essential that we learn how to keep it under control. If we want to do that, we must understand how it works," said Kagan.

"And, by discovering how several key proteins interact with the phospholipid molecules to cause ferroptosis, that is what we did. Now we can move forward with the translational work of finding ways to limit ferroptosis and prevent the massive cell death that leads to catastrophic organ and tissue failure."

In the new work, the team used a variety of methods, including a new technique called lipodomics, to discover that the production of OOH-PE is a major crossroads at which a cell decides whether to initiate ferroptosis.

Previous research had shown that OOH-PEs were made by a group of enzymes known as 15-lipoxygenases (15LOs). In the course of its study, the team discovered that a protein called PEBP1 was acting as a "warden" controlling whether the 15LO enzymes made either OOH-PEs or another type of membrane building block. When the cell made increasing amounts of OOH-PEs, it initiated ferroptosis.

The researchers also used several cell culture experiments to demonstrate that PEBP1 and other key players in this pathway play a role in driving ferroptosis in several diseases, such as in kidney cells during renal failure, neurons in brain trauma and airway cells in asthma. Preventing PEBP1 from binding to 15LOs might be a way to prevent ferroptosis, says Kagan.

In traumatic brain and acute kidney injuries, there is typically an ever-widening area of cell death, indicating that ferroptosis is continuing unabated, even after cells involved in the initial injury have been cleared, said Bay?r, a professor in Pitt's departments of Critical Care Medicine.

This points to a longer therapeutic window of opportunity during which the ferroptotic pathway could be targeted with drugs to halt these devastating injuries. A future therapy targeting ferroptosis could work differently for asthma, noted Wenzel, the lead author.

"Asthma is not just about stopping an attack, it's also about prevention – and both are a major unmet need among patients," said Wenzel, a professor of medicine in Pitt's School of Medicine. "Our study identified how ferroptotic death signals can damage the cells lining the airway. Targeting these pathways could lead to both preventative and treatment options for asthma exacerbations."