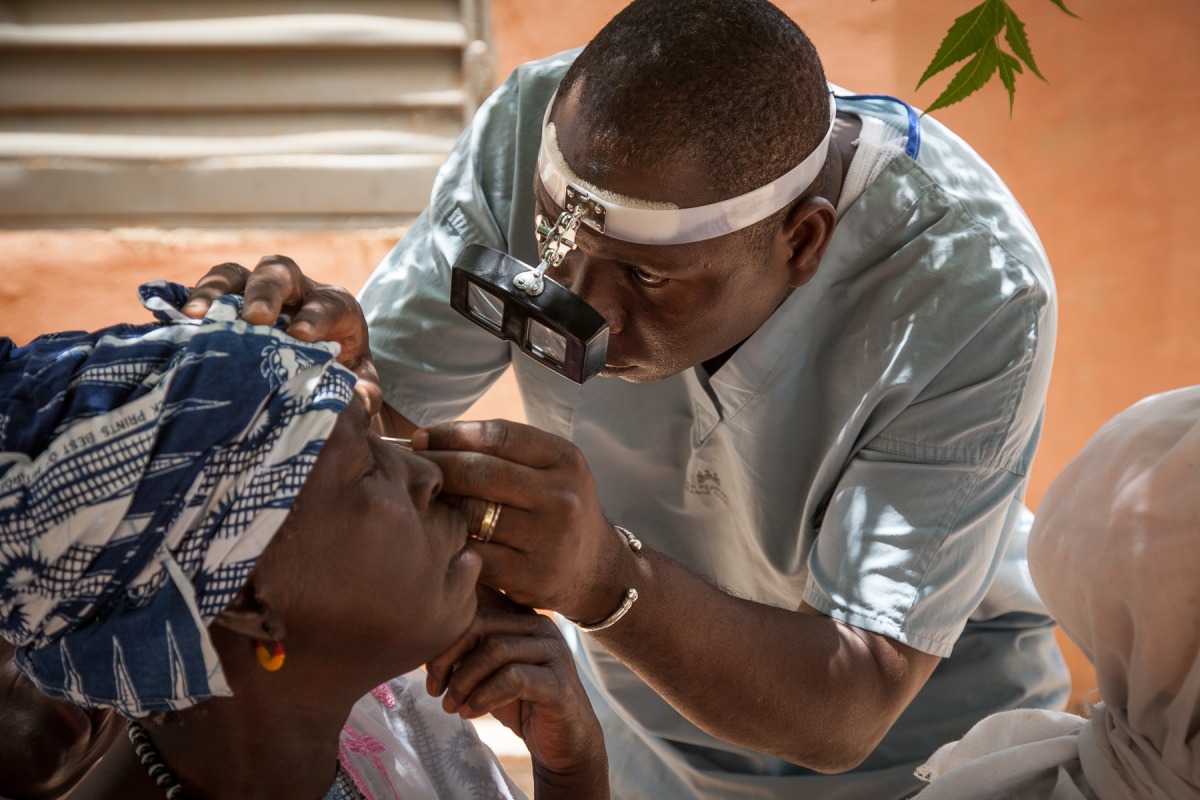 The Government of Nepal has eliminated trachoma as a public health problem, according to a recent announcement by the World Health Organization (WHO). With this announcement, Nepal joins a small number of countries in achieving validation of trachoma elimination.  Their success demonstrates clear progress in the global fight against NTDs for the remaining trachoma-endemic countries.

Trachoma is a bacterial eye infection that can cause the eyelids to scar and, eventually, turn inwards, causing the eyelashes to rub painfully against the cornea (trichiasis) and leads to corneal opacity, the foremost infectious cause of blindness worldwide.

"Nepal's trachoma elimination success is a tangible example of the impact of USAID investment in communities and RTI's mission to improve the human condition. Congratulations to Nepal! We are pleased to celebrate this important milestone with our partners," said Wayne Holden, Ph.D., president and CEO, RTI International.

"We are proud to be among partners like the International Trachoma Initiative and Pfizer supporting the Ministry of Health and Population to achieve this important milestone for the people of Nepal." USAID and RTI, through the NTD Control Program and now the ENVISION project, began supporting the Government of Nepal's efforts towards trachoma elimination in 2009.

Through the local NGO partner, Nepal Netra Jyoti Sangh (NNJS), USAID and RTI provided technical and financial support for trachoma mapping of 31 districts, supported the distribution of more than 2.4 million treatments through mass treatment campaigns, conducted trachoma impact surveys in 20 districts, and assisted in the development of a trachoma elimination dossier.

RTI also collaborated with Johns Hopkins University and NNJS to conduct research on the timing of trachoma surveillance. The research found it reasonable to conduct surveillance surveys two years after impact surveys had indicated that mass treatment was no longer necessary; waiting longer provided no additional benefits. In addition, a trachoma antibody test could be promising for future surveillance activities.

Nepal has also seen progress towards elimination of another NTD, lymphatic filariasis.  RTI is encouraged by the Government of Nepal's commitment to ending NTDs as demonstrated through its robust surveillance system to guard against disease resurgence, treatment of people requiring trichiasis surgery, and support of treatment for NTDs.