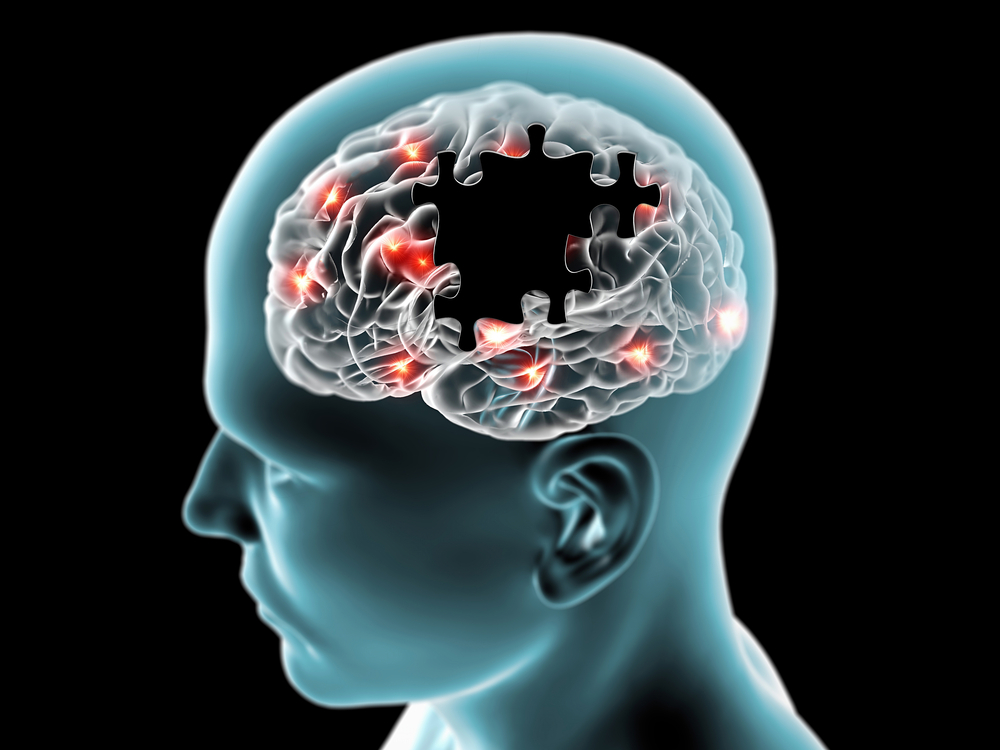 Various studies have linked Alzheimer's disease to the accumulation of two particular proteins in the brain called amyloid-beta and tau. One theory is that these protein clusters create pores in nerve cell membranes that allow ions to travel in and out uncontrollably. This would alter ion levels inside the cells and in turn trigger neuronal dysfunction and cell death.

The new drug, a small molecule called anle138b, blocks these pores from moving ions in and out of nerve cells. Anle138b attaches to both amyloid-beta and tau protein clusters and deactivates the pores created by these clusters. "This is the first drug molecule that can regulate memory loss by directly blocking ions from leaking through nerve cell membranes," said Ratnesh Lal, co-senior author of the study.

Researchers administered anle138b to mice with a genetic predisposition for developing an Alzheimer's-like condition. The mice had symptoms such as abnormal brain function, impaired memory and high levels of either amyloid-beta or tau proteins in the brain. Treatment with anle138b normalized brain activity and improved learning ability in mice.

Christian Griesinger, co-senior author of the study, noted, "The drug is able to reach the brain when taken orally. Therefore, it is easy to administer, and we are currently performing toxicology studies to eventually be able to apply anle138b to humans."

The team cautions that since the drug has so far only been tested in mice, it is unclear how well it would perform in humans. "I would like to emphasize that none of the current animal models fully recapitulate the symptoms seen in Alzheimer's patients. Thus, care has to be taken when interpreting such data. However, our study offers evidence that anle138b has potential for neuroprotection," said André Fischer, a senior researcher.

Lal et al., UC San Diego Jacobs School of Engineering were interested in testing anle138b on a variety of other diseases that are linked to toxic ion flow caused by amyloid proteins, including diabetes, tuberculosis and certain types of cancer. They have performed extensive research on amyloid ion channels and their roles in these diseases. “Blocking the ion leakiness of amyloid channels using anle138b could be an effective therapy for various diseases.”

Future studies will focus on using these nanobowls (magnetically guided nanoparticles) to deliver anle138b to the brain, as well as other diseased tissues and organs affected by toxic amyloid-beta ion channels.