To Examine the Anatomic Variations Of The BA And Its Implications 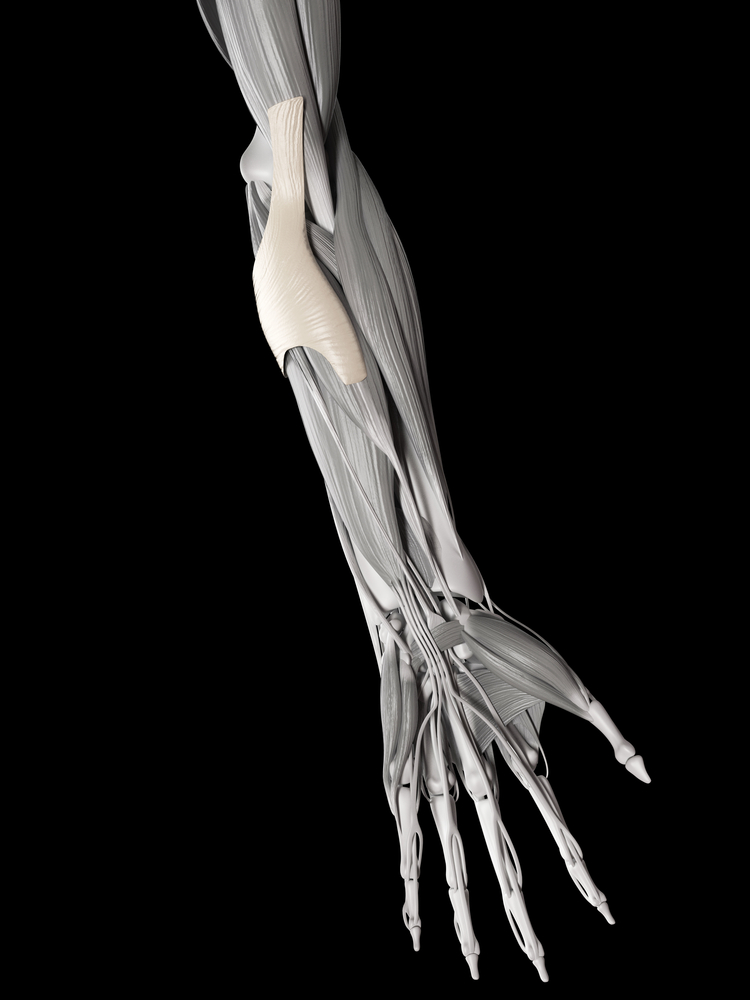 In the middle third of the arm, it crosses laterally to medially, in front of the brachial artery, both enveloped by a neurovascular sheath. It proceeds toward the cubital fossa, where it is located medially to the brachial artery and tendon of the biceps brachii muscle, then passes posteriorly to the bicipital aponeurosis (BA), and then usually continues between the humeral and ulnar heads of the pronator teres muscle.

The biceps brachii is an important muscle of the anterior compartment of the arm. It is formed by its long and short heads that are inserted on the bicipital tuberosity of the radius. The BA is a thickening of the brachial fascia that joins the biceps brachii to the ulna, covering the proximal portion of the flexor-pronator muscle group.

There are multiple theories to explain the function of the BA: (1) To protect the underlying neurovascular bundle in the cubital fossa. (2) To provide proprioceptive information for the biceps brachii muscle, based on muscle activity in the forearm. (3) To serve as an additional anatomical anchorage for the biceps tendon.

Sixty upper limbs of 30 cadavers were dissected, 26 of which were male and four, female; of the total, 15 had been previously preserved in formalin and glycerine and 15 were dissected fresh in the Laboratory of Anatomy. Regardless of where nerve compression occurs in the elbow region.

Author consider this denomination to be incorrect when compression occurs at Struthers ligament, the BA, or the arch of the superficial flexor muscles, and suggest that the correct name would be proximal compressive neuropathy of the median nerve rather than pronator teres syndrome.

The BA is composed of fibers from the short and long heads of the biceps brachii muscle. The thickened BA can compress the median nerve against deep structures and alter the normal course of the nerve, therefore being one of the potential locations for nerve compression by narrowing the nerve passage space and thus causing motor and sensory symptoms.