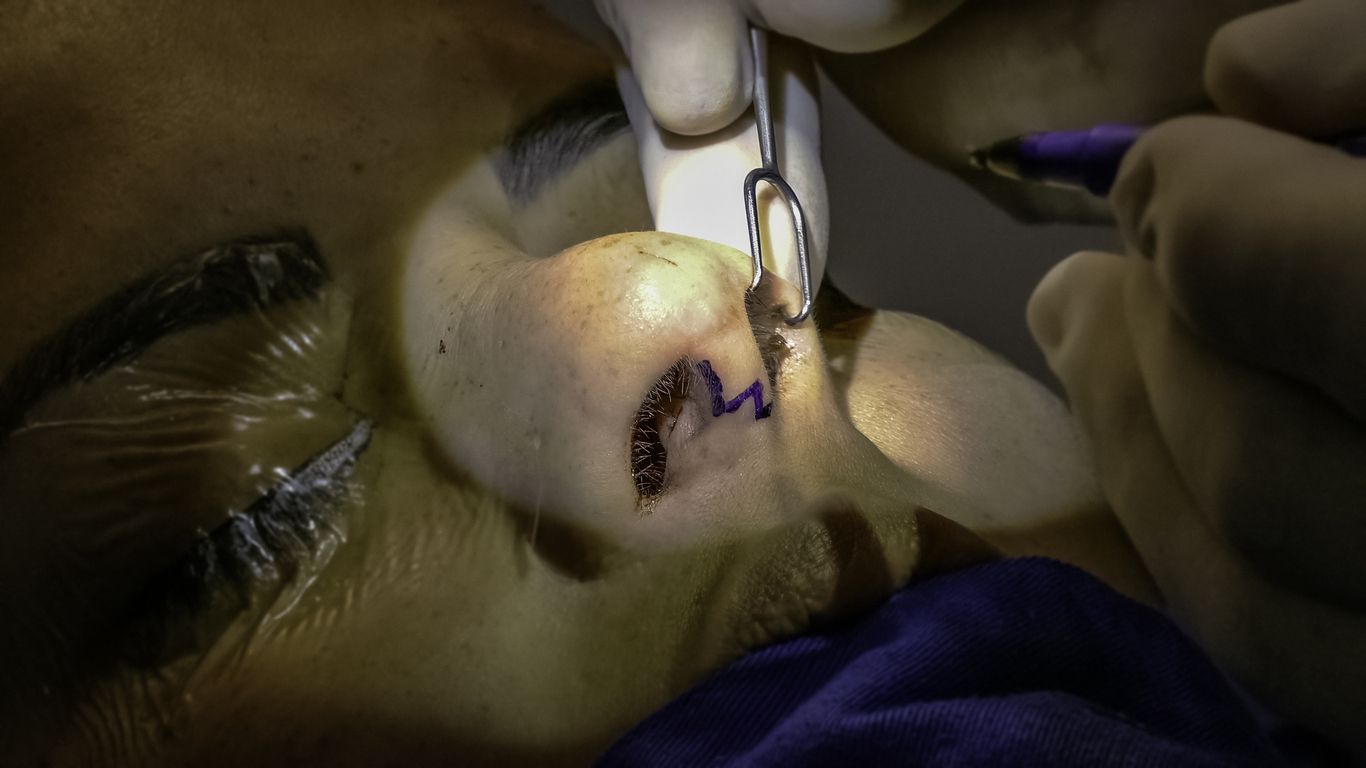 In this prospective, clinical trial study, we investigated on 40 patients with nasal polyposis that had indication for functional endoscopic sinus surgery. Patients were divided randomly into two parallel group; cryotherapy (with SCT) and placebo (without SCT). Evaluation of healing after surgery was evaluated with Lund-Mackay and The Sino-nasal outcome test (SNOT-22)-22 scores.

In this current study, 40 patients with NP participated and were randomly divided into cryotherapy (10 males and 10 females) and placebo groups (8 males and 12 females), the mean age in cryotherapy and placebo groups were 42.80?±?16.13 and 43.65?±?14.27?years, respectively. Therefore, there were no significant relationships between both groups regarding to gender and age (P-values were 0.52 and 0.33, respectively).

According to inclusion criteria, we enrolled patients with grade 2 or 3 of NP, so 70% of patients in cryotherapy group and 75% of patients in placebo group had grade 3 of NP. The mean duration of operation in the cryotherapy and placebo groups were 85.20?±?15.04 and 95.85?±?19.29?min, with no significant correlation between two groups according to grade of NP and duration of operation (P?=?0.72 and 0.39, respectively)

Study concluded that these scores were significantly different after operations suggesting SCT as an enhancing method for wound healing. Another study evaluated cryotherapy as Maxillary Antrostomy Patency in a Rabbit Model of Chronic Rhinosinusitis, in this study authors reported enhanced maxillary antrostomy area in the group that was under administration with cryotherapy 4?weeks after surgery.

Also, the authors didn't report any side effects postoperatively. In another recent intervention, endoscopic spray was used to access genitourinary malignancies in porcine models, therefore the results of this intervention indicated cryotherapy to be able to raise safety and modality of treatment. They report that SCT is highly effective on vascular tumors as it reduces some complications such as bleeding.

Also, another study suggested SCT is an effective and safe adjuvant modality on benign tracheal stenosis. There are of course limited number of studies about the usage of cryotherapy in otorhinolaryngology but they approved our conclusion that SCT had more effects in advancement of healing.