To Determine the Effect of Bupivacaine for Regional Anesthesia 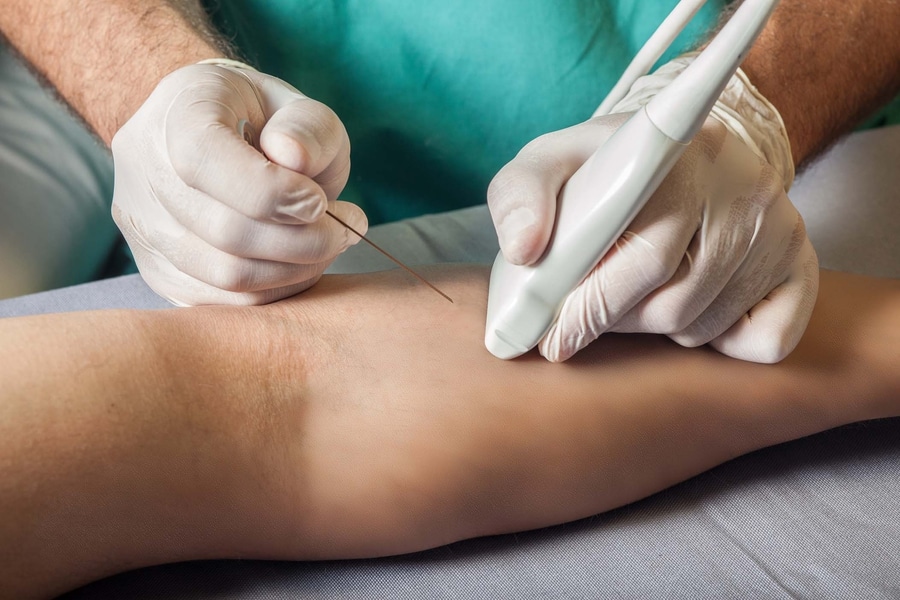 In this study, researchers determined the effect of bupivacaine alone and in combination with the adjuncts epinephrine or clonidine on nerve blood flow and tissue oximetry in a large animal model, simulating human conditions. Local anesthetics and epinephrine, used as an adjunct, are known to have a negative impact on nerve blood flow.

The blood supply to peripheral nerves is delivered by two integrated, but functionally independent, vascular systems. Extrinsic and intrinsic vessels form anastomoses at the level of the epineurium. Alterations in blood flow are important for peripheral nerve pathology in acute and chronic disease. Our results showed that the application of local anesthetics alone, such as bupivacaine, resulted in relevant nerve blood flow reductions at T30 and T60, as shown in previous studies.

Epinephrine enhances nerve block duration, mostly due to reduction of local tissue clearance and prolonged concentration of the local anesthetic in the nerve and perineural tissue. It is regularly used as an adjunct for local anesthetics to reduce systemic absorption and consecutive toxic phenomena of the injected local anesthetic.

Furthermore, many clinicians assume a shortened nerve block onset time and prolonged anesthetic nerve blockade when epinephrine is used. Neurotoxicity of local anesthetics is not caused solely by ischemia as a result of reduced tissue perfusion. Bupivacaine was shown to be a weak uncoupler of mitochondrial oxidative phosphorylation resulting in apoptosis in neural cells.

Ischemia as a consequence of the use of bupivacaine alone or in combination with epinephrine or clonidine was a rare event in our experimental study. Thus, ischemia is not a potential clinical relevant risk factor of peripheral nerve damage resulting from the administration of the aforementioned drugs.