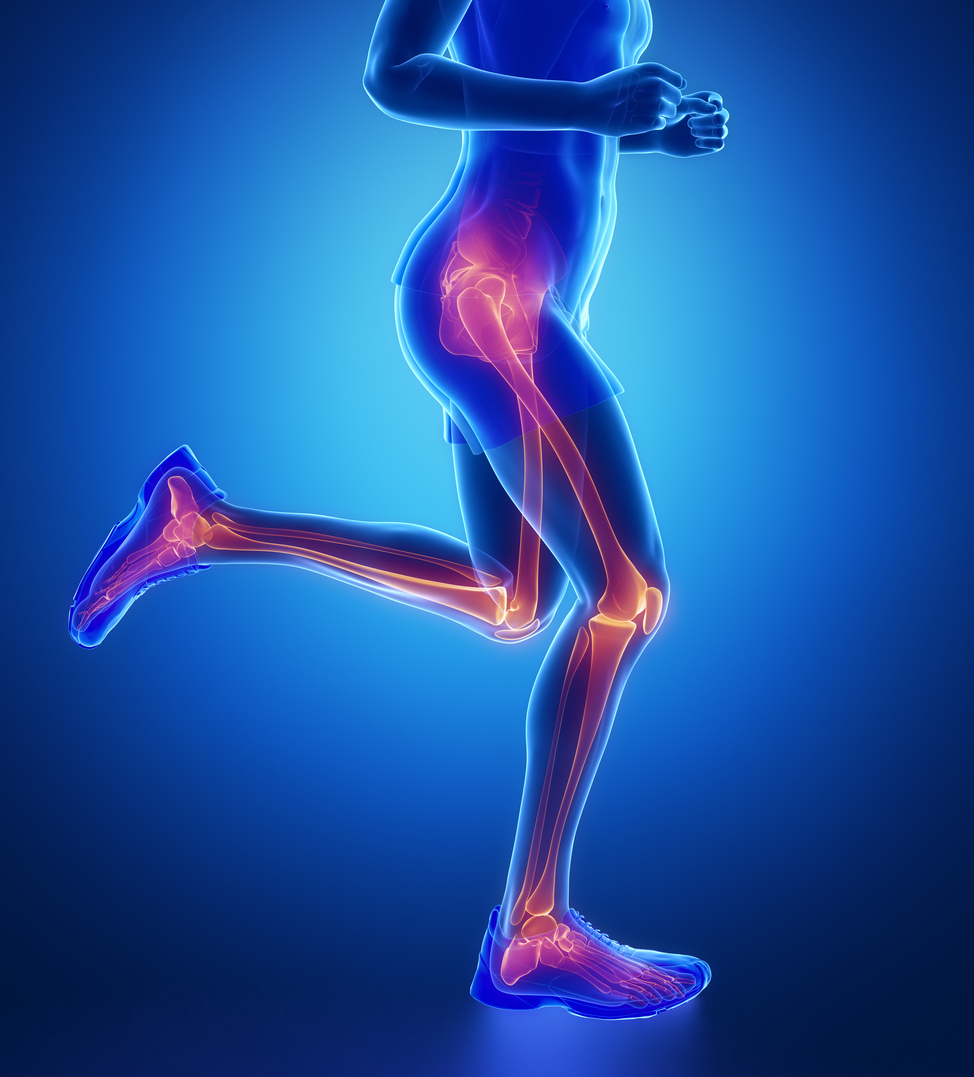 The meniscus the cartilage cushion between the meeting of the thighbone and the shinbone can be torn during all kinds of activities that put pressure on or rotate the knee joint. Torn menisci are so common and so severe that the surgery required to repair the injury is the most common orthopedic procedure, and cases are on the rise.

However, meniscus surgery may not be fully effective, since it involves removing only the torn part of a meniscus, leaving behind less of it to bear the same load of body weight as before. The cellular matrix of the meniscus tissue consists of proteins and sugars that fill the spaces between cells, binding tissues together. In dense tissues, there's so much of the matrix that it's difficult for stem cells to move to the site of injury and start the repair process.

This microscopic scaffold contains a growth factor to attract stem cells and is laced with an enzyme to loosen the matrix. "The immediate next step is to test this system in a large animal model to see if it can repair a meniscus tear," Mauck said. "This approach could possibly be in human trials in about five years."

"They are very like each other in many ways, but depending on the cell type, they can have either equivalent or opposite functions," Boerckel said. Over the last decade, studies have been highly contradictory, with some finding that the proteins behave similarly, and some the opposite. To resolve this struggle, Boerckel studied their individual and combined functions in bone development in mice engineered to have either YAP or TAZ or both deleted in skeletal stem cells.

"We found that mice without YAP, TAZ or both did not have complete stem cell differentiation and were not able to properly mobilize to sites of injury," he said. Like Mauck's scaffold one day helping build back new meniscus tissue, Boerkel says YAP and TAZ are critical for bone cells' ability to produce the right amount of matrix its mechanical properties.

Although we will have to wait a while for these efforts to provide new treatment options, one of the striking findings of Boerckel's work is the more immediate relevance to the biology of a rare disease. A case of research to benefit many people also providing new clues for a small group with profound needs. When both YAP and TAZ were deleted, mice showed characteristics like the brittle bone disease osteogenesis imperfecta (OI).