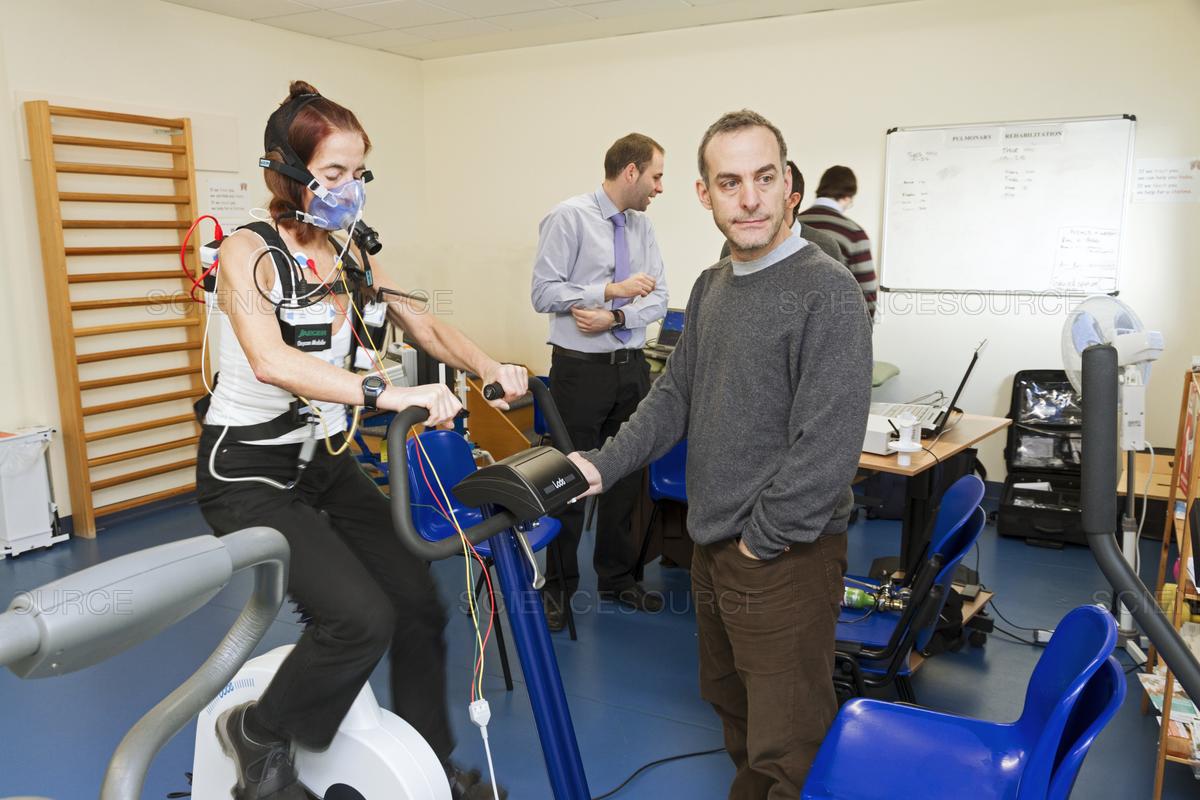 According to a study published in European Respiratory Journal, the urban training intervention for COPD patients designed by the Barcelona Institute for Global Health (ISGlobal) has proved efficacious in achieving a significant long-term increase in physical activity.

"So far, interventions aimed at increasing physical activity had focused on the patients' individual biological and psychological factors. We had already observed that COPD patients who walk the dog or take care of their grandchildren have higher physical activity levels, so we changed perspective in order to propose a customized approach according to each patient's interpersonal and environmental determinants of physical activity," explains ISGlobal researcher.

The urban training project proposes a tailored intervention based on six components:

2. a selection of previously validated walking trials with different levels of difficulty

3. a pedometer and a calendar so that participants can record their physical activity

5. joining a walking group once a month with an experienced trainer

6. a phone number to contact physiotherapists for any questions

To assess the efficacy and the effectiveness of this innovative approach, the research team recruited 407 COPD patients in 33 health care centers in five Catalan seaside cities (Viladecans, Gavà, Barcelona, Badalona, and Mataró).

Participants were divided into two groups. The control group followed standard treatment and recommendations, while the other group followed the urban training in addition to usual care.

Analyses revealed that, after 12 months, patients who followed the recommendations of the urban training group increased their physical activity by more than 900 steps per day, as compared to the control group. This is the first time an intervention has been shown to have an effect beyond four months. The Rehabilitation Area of the European Respiratory Society selected this study among the five best in the last 12 months.

"These are encouraging results for COPD research, and show that urban training can open new avenues in disease management," says Judith Garcia-Aymerich, coordinator of the study and head of the Non-Communicable Diseases and Environment programme at ISGlobal.

"The data clearly underpin the need to consider individual social and cultural factors as well as each person's environment when designing future interventions," she adds.