Taking Care Of A Ill Patient During End Of Life 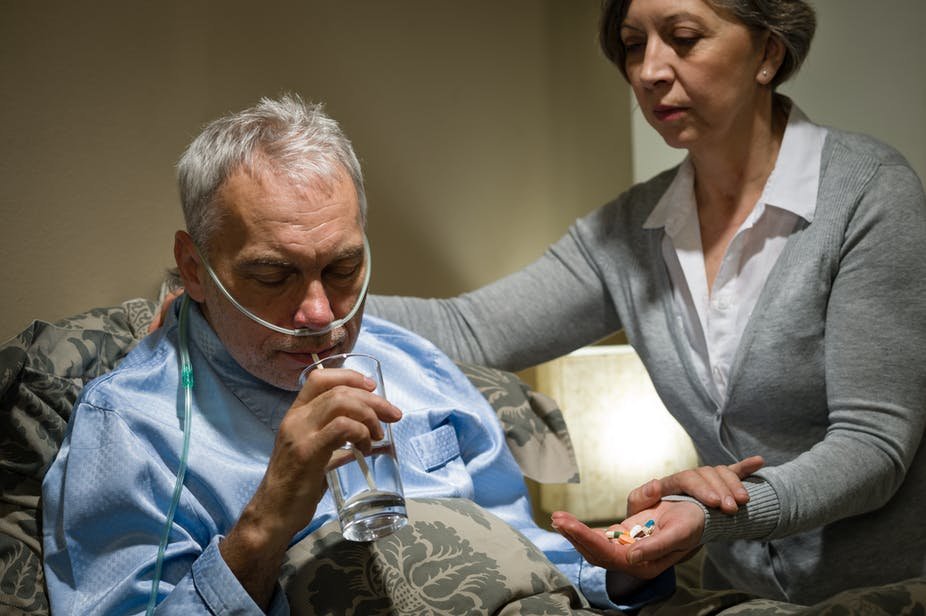 A study declines that taking care of illness during a terminal period, due to infection or trauma. When they are older caused by chronic medical conditions such as heart, kidney or lung disease, diabetes or dementia. The good news is that we are living longer. The bad news is that many more of us will live long enough to die from complicated health conditions which often need care over many months or even years.

It's predicted an extra 100,000 people will die each year by 2040. So the stark reality is that most of us will either provide care or need it, in the approach to death. And most of us will look to our nearest and dearest our family to give us that support.

Caring for the dying

While helping someone during a terminal illness can be rewarding, there are costs work pressures or losing employment altogether, financial losses, worsening health and social isolation. Family carers do not come by and large volunteer, nor are they trained. They just find themselves with someone who needs care, and they step up to the mark. Few get the support needed at the time, or afterwards.

It's clear though from this study that caring for someone close to you can take its toll, one in ten carers said they would not provide such care again under the same circumstances. These people were more likely to be older, and where the person had died did not have access to palliative care services. Patients without such support are also more likely to die in hospital and less likely to die at home.

Research has shown that carers are more likely to be willing to provide care again if palliative care services support them. Research has shown that the support provided by such care can mean the difference between coping and not coping with family and friends. Despite what many think, palliative care services are not just for people with immediate painful death sentences due to cancer.

They are there for anyone with a progressive illness, providing an important layer of care alongside usual treatment to help patients live as well as they can. These services may be needed off and on for months or even years not just during the last few days of life. The UK has one of the world's most developed palliative care services, yet many people still miss out.

Older people, people in socioeconomically disadvantaged areas, and those with diseases other than cancer are all less likely to access palliative care services. So given the fact that the coming years will see a sharp rise in the number of people dying and needing care from their family and friends, living with serious illness, death, and palliative care, sooner rather than later. Good palliative care is something people should insist on having access to, not something we avoid at all costs, as that cost is far too great.