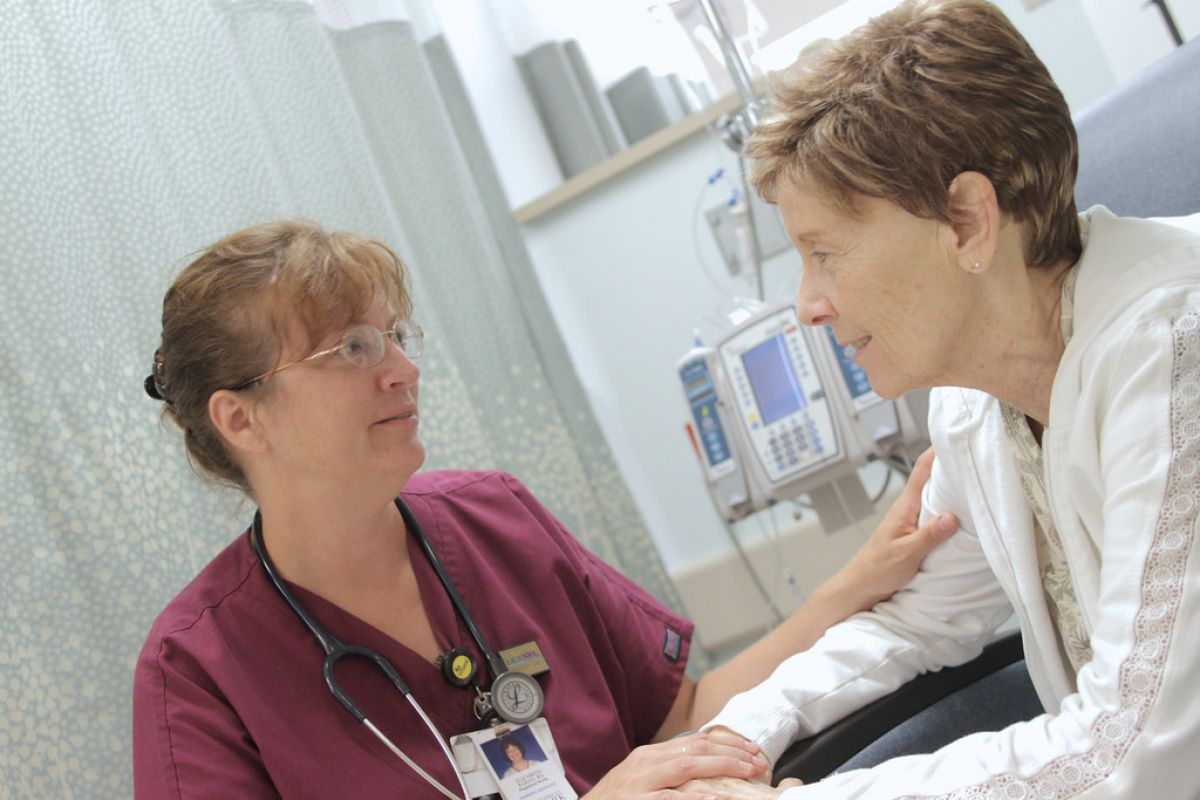 There's now a gentler, less traumatic best practice for managing many patients with advanced kidney cancer, as they no longer need to have their affected kidney surgically removed, according to the investigators of a practice-changing phase 3 clinical trial

Patients can now be treated with systemic therapy alone — namely with the targeted therapy sunitinib (Sutent, Pfizer), according to the results of the multinational Clinical Trial to Assess the Importance of Nephrectomy (CARMENA).

The randomized trial, conducted among 450 patients with poor- and intermediate-risk disease, found that median overall survival was noninferior in the patients who received sunitinib alone compared with those who first had surgery and then received sunitinib (18.4 vs. 13.9 months).

The results were presented here at a plenary session at the American Society of Clinical Oncology (ASCO) 2018 and simultaneously published in the New England Journal of Medicine (NEJM).

The new study "flips the existing paradigm" for the treatment of advanced kidney cancer, said Monty Pal, MD, an ASCO expert from the City of Hope Cancer Center in Los Angeles, California, who spoke at a press conference where the study was highlighted.

He explained that targeted therapies such as sunitinib have dramatically improved the overall survival of these patients in the past decade, but until now oncologists have still opted for surgery to remove the affected kidney because "there seemed to benefit with the approach."

However, that perception and that practice have been largely based on retrospective studies of national data repositories, which "isn't a very high level of evidence," Pal acknowledged.

In a NEJM editorial published alongside  the study, Robert Motzer, MD, and Paul Russo, MD, from the Memorial Sloan Kettering Cancer Center in New York City, say "it's not surprising the noninferiority endpoint was reached" because CARMENA "was heavily weighted toward poor-risk patients." Forty-three percent of the patients had a poor-risk disease.

"The patients with the poorer performance status did about the same, with or without surgery. However, the patients with intermediate-risk disease appeared to do better with sunitinib alone than with an initial surgery," she observed.

The surgery plus sunitinib group also had a higher percentage of locally advanced stage T3 or T4 tumors than the sunitinib-alone group (70.1% vs. 51.0%), "which could have affected surgical outcomes," say the editorialists.

The "main focus" for deciding about surgery and which patients are most likely to benefit are pretreatment risk features, the pair says. These include the resectability of the primary tumor, health status, and presence of other medical conditions.

The study investigators counter some of these thoughts in their study discussion. The point out that the study results are not "generally applicable" to patients with poor performance status, minimal primary tumor burden, and high volumes of metastatic disease. These patients are not currently offered surgery anyway, they say.

"The completion of the CARMENA trial is enormously beneficial because it paves the way for a similar study to look at whether cytoreductive nephrectomy is beneficial or not in the setting of immune checkpoint inhibitor therapy," said Haas.