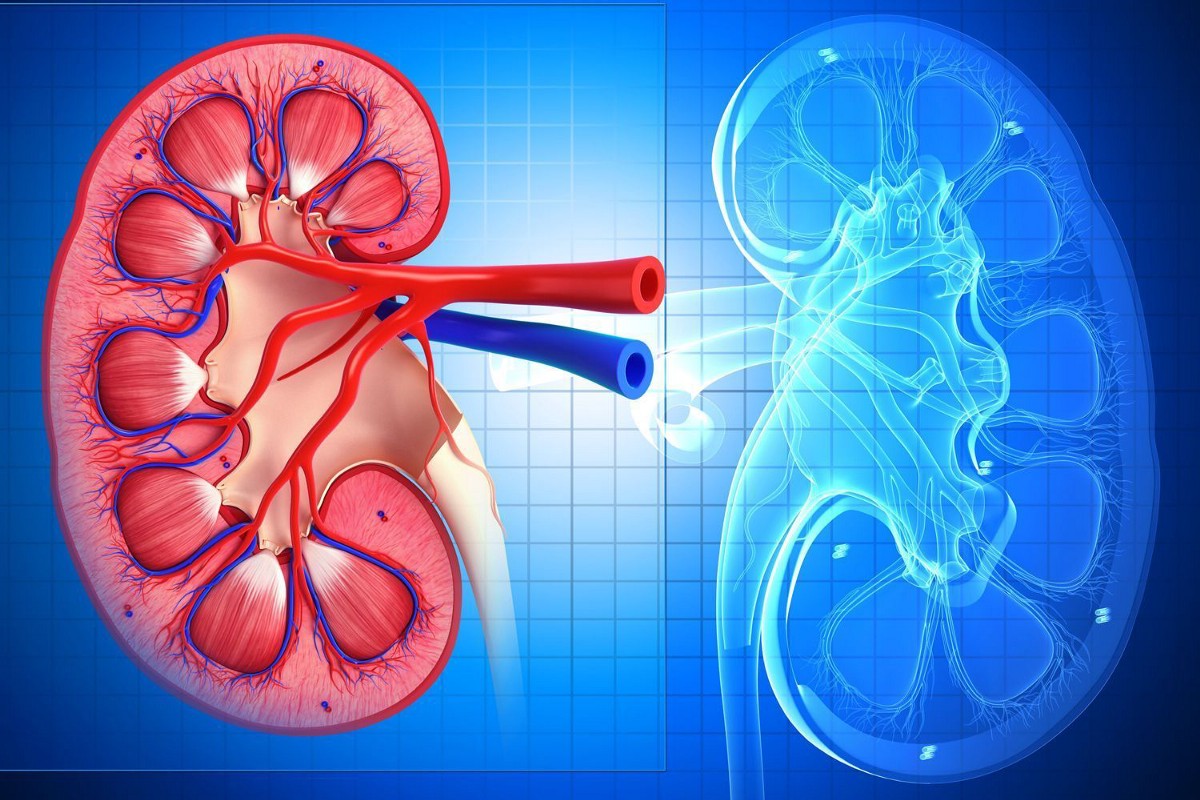 A protein produced by the human body appears to be a promising new drug candidate to treat conditions that lead to acute renal failure. This is shown by a study conducted at São Paulo State University (UNESP) in São José do Rio Preto, Brazil

The results of the study, published in Scientific Reports, indicate that the protein galectin-1 has anti-inflammatory properties capable of minimizing the damage done to kidney cells by hypoxia (lack of oxygen) and reperfusion (restoration of blood flow following ischemia), harmful processes that are inherent in transplants and can cause kidney failure.

"Galectin-1 is already sold as a recombinant [artificially produced] protein. Although it isn't used clinically, it could in the future become an alternative to corticosteroids for ischemia-reperfusion injury. We show that this protein reduces inflammation markers such as cytokines that activate and modulate the immune response. In addition, we found that it reduced cell death and the oxidative stress caused by damage to cells," said Carla Patrícia Carlos, first author of the article.

"The key point is that galectin-1 acted to reduce proinflammatory markers and increase anti-inflammatory markers," Carlos said. The study resulted from her postdoctoral research with a scholarship from the São Paulo Research Foundation—FAPESP.

The article describes a simulation of ischemia-reperfusion injury in rats and cultured cells, in which previously administered galectin-1 had similar effects to those of the corticosteroid dexamethasone.

Widely used as an anti-inflammatory and immunosuppressant medication, dexamethasone can have a number of significant side effects, such as hyperglycemia and a tendency to diabetes, dependence, vulnerability to infections and cancer, and hypercoagulability (an increased predisposition to form blood clots), among others.

In the study, the group of researchers simulated a state of hypoxia common in patients undergoing an organ transplant procedure, despite all the necessary care. This state occurs because when an organ is removed from the donor, it immediately becomes ischemic as it loses blood supply due to the interruption of arterial flow to the tissue and lack of oxygenation (hypoxia).

When the organ is implanted into the recipient and the blood vessels are "reconnected," blood flow is restored (reperfusion) after the period of ischemia. This twofold process of ischemia and reperfusion (which does not occur only in organ transplants) causes tissue injury that can lead to kidney failure.

The tissue injury that occurs during ischemia-reperfusion is often irreversible and can lead to rejection of the transplanted organ by the recipient's organism. "This is why time is of the essence in a transplant. The faster the organ reaches the recipient, the less damage is done by hypoxia, and the less severe inflammation will be," Carlos said. "It's extremely important to find alternatives that reduce inflammation, such as galectin-1."

Galectin-1's anti-inflammatory potential is being studied in connection with pathologies affecting other organs. A research group led by Sonia Oliani, full professor at São Paulo State University's Institute of Biosciences, Letters and Exact Sciences (IBILCE-UNESP), and including Cristiane Gil, a professor at the Federal University of São Paulo (UNIFESP), have also studied the effects of galectin-1 on uveitis, conjunctivitis, and dermatitis.

"The purpose of this research was to protect patients against ischemia-reperfusion injury to the kidney, but it appears the protein can also be used as an anti-inflammatory agent in other situations or organs. We're now focusing on this possibility," said Oliani, principal investigator for the study.

To compare galectin-1's protective action against kidney failure to that of corticosteroids, the group performed in vivo tests with rats. They received an intravenous solution of galectin-1, and after 30 minutes, were submitted to an ischemia-reperfusion challenge to the kidney, as well as in vitro tests in which cultured human proximal renal tubular epithelial cells immersed in a solution with galectin-1 were subjected to the same challenge.

"What we saw in the animal model was confirmed in the cell culture," Carlos said. "The release of inflammatory factors is reduced, and this enhances cell viability. Although galectin-1 does not completely protect tissue, no medications currently do that either. However, the protein ameliorates some important aspects of the injury."

The discovery that galectin-1 protects the kidney from inflammation paves the way for new studies. "Our research points to an important path for future work. The protein's protective action has been tested, so we can now investigate its action on chronic kidney failure and see how the kidney reacts over the long term," Carlos said.