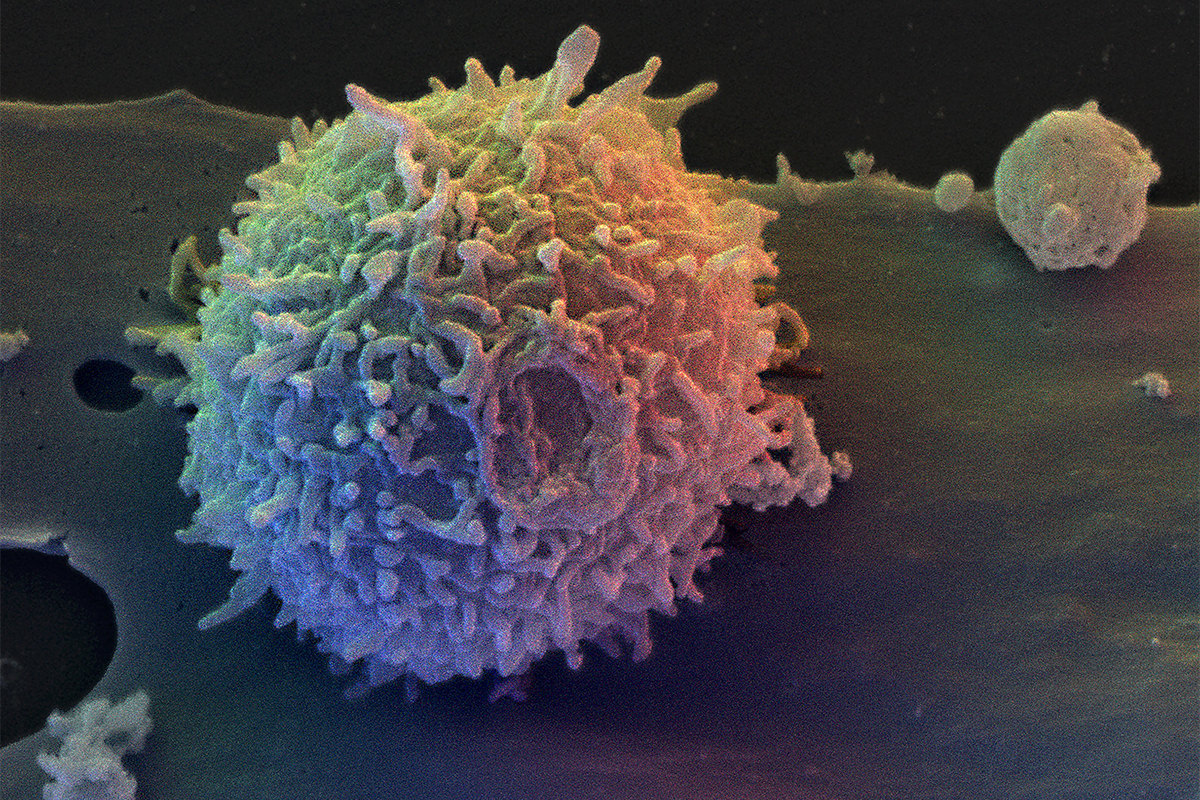 The autoimmune regulator or "Aire" gene acting in medullary thymic epithelial cells (mTECs) was recently described as playing an important role in controlling "aggressive autoimmunity—which is how it is defined when the human immune system fails to recognize tissue and organs as healthy body parts and attacks them as if they were harmful invaders.

"For the first time, we used CRISPR/Cas9 to block Aire in cultured murine mTECs and to study the effect of loss of this gene's function," said Geraldo Aleixo Passos, coordinator in the research project supported by the São Paulo Research Foundation—FAPESP. Passos says that the use of CRISPR/Cas9 opens up important new research prospects in mimicking Aire mutations found in autoimmune disease patients.

An article published recently at Frontiers in Immunology shows the main results of the study. Research also derived from a Master thesis by Cesar Augusto Speck-Hernandez in FMRP-USP.

As Passos explained, the autoimmune disease is triggered by autoantibodies (antibodies directed against the organism) or by autoaggressive T lymphocytes. These cells, which originate in thymocytes, are "educated" in the thymus (a gland located just behind the sternum in the middle of the chest) not to attack elements of their own body.

When this education fails, the thymus allows autoaggressive T lymphocytes to escape into the body, and they may attack organs such as the adrenal or suprarenal glands (causing APS-1) or the pancreas, where they destroy insulin-producing cells and cause the development of type 1 diabetes.

The researchers suspected that if Aire mutations are found in autoimmune disease patients, this must mean the gene has lost its function of controlling adhesion between mTECs and autoaggressive thymocytes.

They tested this hypothesis by using CRISPR/Cas9 to disrupt the DNA of Aire in murine mTECs and cause mutations in the gene that made it lose its original function.

A gene must be complete and lacking in deleterious mutations in order to work properly. When its DNA is disrupted using CRISPR/Cas9, the cell activates an emergency "repair" system to splice the two strands back together again before it dies.

"Because this repair system is not perfectly efficient, the cell itself may make mistakes in sequencing the target gene, and the result is a mutation. "The mutant target gene usually loses its original function, and this causes some kind of problem in the mutant cell," Passos explained.

When they sequenced the transcriptomes of the Aire-mutant and wild-type mTECs, they observed that Aire also controls messenger RNA sequences (mRNAs) that encode the proteins involved in cell-cell adhesion. The transcriptome is the complete set of RNA molecules in a cell, from protein-coding mRNAs to noncoding RNAs.

"These new findings reinforce the theory that Aire is involved in adhesion between mTECs and thymocytes, a key process for the elimination of autoaggressive cells and prevention of autoimmune disease," said Passos, who is affiliated with the Center for Research on Inflammatory Diseases (CRID), one of the Research, Innovation and Dissemination Centers (RIDCS) funded by FAPESP.