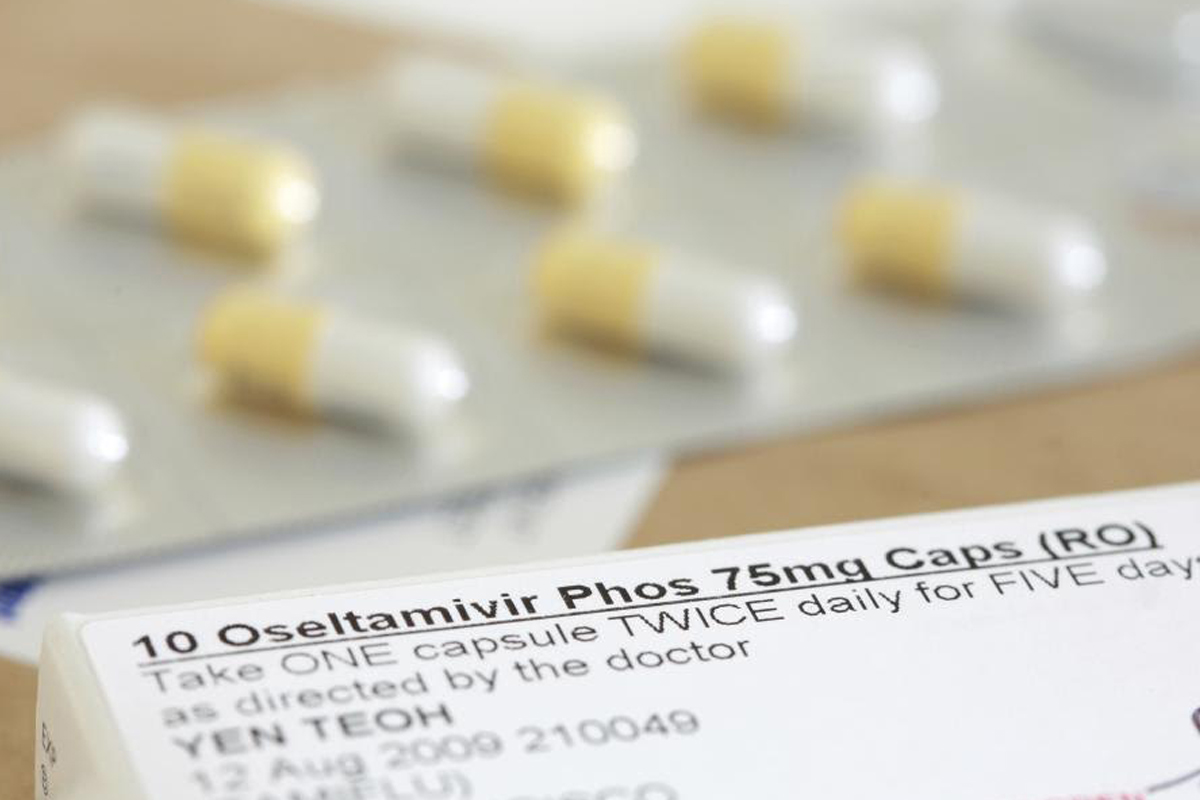 The most popular flu drug oseltamivir — commonly known as Tamiflu — does not cause an increased risk of suicide in pediatric patients, a new study published in the Annals of Family Medicine suggests.

The U.S. Food and Drug Administration approved the drug in 1999, but subsequent case reports of abnormal behavior in adolescents who used the medication led the agency in 2006 to require that all packaging of the drug include a warning label about potential neuropsychiatric side effects, such as hallucinations, delirium, self-harm and even suicide.

However, clinical studies examining the association between the use of Tamiflu and neuropsychiatric side effects in children, including suicide, have so far been inconclusive and limited by methodology and potential confounding factors.

"When the FDA puts a warning out about a drug, doctors and the public take notice," said corresponding author Dr. James Antoon, assistant professor of clinical pediatrics in the UIC College of Medicine.

"While the warnings are necessary, they are often not based on conclusive clinical data, which can make it difficult for physicians to truly know the potential side effects of a drug as they evaluate its possible benefits for individual patients."

To fill this gap, Antoon and his colleagues in the UIC College of Pharmacy retrospectively studied the association between the use of Tamiflu — the only commercially available medication approved by the FDA to treat the flu — and the most consequential of those reported side effects: suicide.

"The potential link between a drug and suicide is a particularly difficult topic to study," Antoon said. "Many events, which can happen simultaneously or over time, can influence a person to attempt suicide, as can an illness itself — so it can be difficult to study scientifically.

"That's why we used a novel method called a case-crossover design," Antoon said. "This analysis is different because it allowed us to use each individual subject as his or her own comparison — we retrospectively studied how patients behaved when on Tamiflu and compared it to their behavior when they were not taking the drug."

The researchers identified 21,047 children between the ages of 1 and 18 who attempted suicide during five recent flu seasons (2009-2013) from a national administrative claims database.

Of this group, 251 of those children were exposed to Tamiflu, which was determined based on outpatient pharmacy dispensing data. The mean age of this group was 15 years, 61% were female, and 65% had an underlying mental health diagnosis.

"For each of the 251 patients, we assigned the 10-day period immediately before the suicide attempt as the case period and we identified up to four earlier control periods of the same length, in the same flu season," Antoon said. "This helped us to account for within-person confounders, like depression, mental health, trauma and abuse, and other factors, like race or ethnicity."

The researchers repeated the analysis with flu diagnosis alone, without the use of Tamiflu, to see if the infection itself could have been a confounding factor associated with suicide risk. "We did not find any association between exposure to Tamiflu and suicide in pediatric patients," Antoon said.

While Antoon believes the findings will help to alleviate some fears health care providers may have about prescribing the medication in healthy children, he says doctors will likely continue to prescribe Tamiflu with caution.

"While this study addresses suicide, there are still many other questions about other possible neuropsychiatric side effects of the drug, which we plan to study in the future. There are also other reasons to use caution when prescribing the drug, including resistance and efficacy in children."