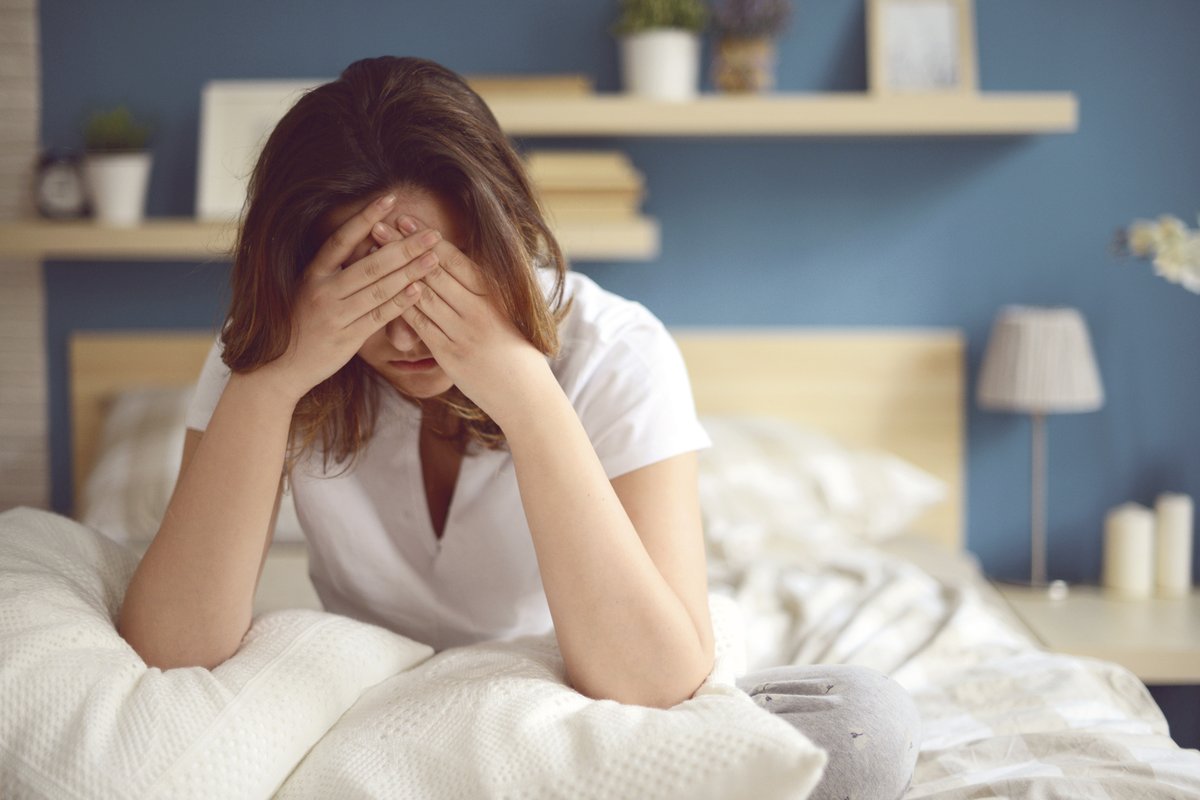 Endometriosis, a painful condition that affects one in 10 reproductive-age women in the U.S., has been linked to childhood physical and sexual abuse, according to findings published today in the journal Human Reproduction

Epidemiologist Dr. Holly Harris of Fred Hutchinson Cancer Research Center, lead author of the study, called the association between abuse and endometriosis "particularly strong," since women reporting severe to chronic abuse had a 79 percent higher risk of developing the condition.

"Both physical and sexual abuse were associated with endometriosis risk," she said. "And it's a strong association. There's also a dose-response, meaning the risk increases with increasing severity and type of abuse."

In our study population of U.S. women, over a third of all women reported some type of abuse. If anything, this study highlights both abuse and endometriosis as prevalent conditions affecting women. It's not just a women's issue, though—it's something that everyone should be aware of.

"We need more research and more knowledge for health care providers and for women and men, in general. Many women and men have some type of history of abuse and that can have many health impacts throughout life."

A common and painful condition

Endometriosis is a common condition that usually affects women in their 20s and 30s. Although there are a hereditary component and a few known risk factors (starting your period early, lean body size), science hasn't provided a clear reason as to what triggers it.

The condition starts when tissue from or similar to the endometrium, which normally lines a woman's uterus, starts growing outside of that area, attaching itself to the ovaries, fallopian tubes, bowel, bladder or other parts of the body.

The endometrium doesn't realize it's outside the uterus, of course, so it carries on as it always has: thickening and then breaking down, shedding and bleeding with every menstrual cycle. But while women usually expel the broken-down endometrium during their period, there's no place for displaced endometrium to go when it's growing outside of the uterus.

And that's a problem. Over time, the extra tissue within the pelvic region creates cysts, scar tissue and adhesions that can lead to chronic pain, excessive bleeding, pain with sexual intercourse, pain with urination or elimination, and, for up to half of women with the condition, infertility.

"Endometriosis has a lot of consequences," said Harris, who's conducted a number of studies on the disease and its potential associations with diet, dietary supplements, and other inflammatory conditions.

"It affects the quality of life, it causes loss of work. And on average it takes around seven years from first symptoms to actual diagnosis," said senior author Dr. Stacey Missmer of Harvard and Michigan State universities. "That's seven years of suffering, of physicians lacking knowledge of endometriosis and not taking the pain seriously or maybe not having the correct tools for diagnosis, since there are currently no noninvasive diagnostic tests for endometriosis."

For their study, Harris, Missmer, and colleagues from Harvard Medical School and the Harvard T.H. Chan School of Public Health in Boston, among other institutions, used data from the Nurses' Health Study II, or NHSII.

An ongoing women's health study established in 1989, the NHSII queried nurses aged 25 to 42 about their lifestyle, demographics and disease history over the course of more than 20 years; some of the questions covered endometriosis as well as childhood, adolescent, and adult abuse.

The researchers evaluated data from the study's original cohort of 116,429 women and found 60,595 premenopausal participants who'd answered questions regarding childhood abuse. Of those, 12,699 (around 21%) reported having experienced some level of both child/adolescent physical and sexual abuse.

The team then began looking for an overlap between those who'd reported childhood physical and sexual abuse and the 3,394 women (from the same pool of 60,595) who'd received a diagnosis of endometriosis via a laparoscopically-confirmed examination or surgery, which provides the most definitive diagnosis.

They discovered a 79% higher risk of endometriosis for women reporting severe-chronic abuse of multiple types compared to those reporting no physical or sexual abuse.