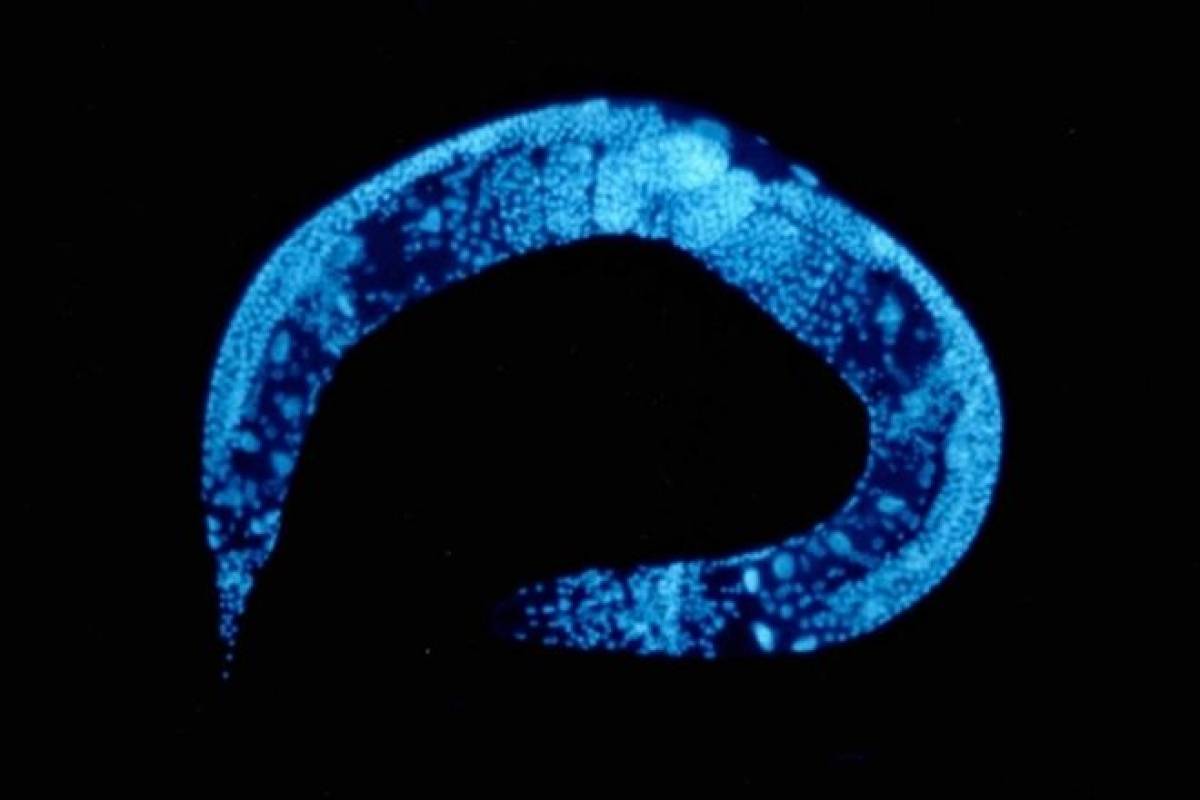 Scientists stunted the puberty of male worms by starving them before they underwent sexual maturation. In a study funded by the National Institutes of Health, the scientists suggested that stress from starvation even days before sexual maturation prevented normal changes in the wiring patterns of key neuronal circuits, which caused adult male worms to act immature.

"We found that environmental stress can permanently and profoundly impact the connectivity of a developing nervous system," said Oliver Hobert, Ph.D., professor of biological sciences at Columbia University in New York City, and a senior author of the study published in Nature.

In this study, Emily Bayer, a graduate student in the lab, discovered that exposure to stress, specifically starvation, before maturation can interrupt the rewiring program in males leaving the adult worms with immature circuits. Her results also suggested that these responses to stress were, in part, controlled by serotonin, a neurotransmitter associated with depression in humans.

"Exploring how genes and the environment shape the nervous system is critical to understanding how circuits break down to cause a variety of neurological disorders," said Jill Morris, Ph.D., program director at the NIH's National Institute of Neurological Disorders and Stroke (NINDS).

Initially, Bayer stressed out immature worms when she accidentally left some animals unattended for a few weeks. This caused the worms to pause their normal growth and enter what scientists call a "dauer state."

"Basically, if immature worms sense stress of any kind they can temporarily halt their normal growth for months and then restart it when the stress passes. This temporary freeze in the growth process is the dauer state," said Dr. Hobert.

Eventually, Bayer returned the worms to their normal environment and let them grow into adults. After examining the nervous systems of stressed worms, she noticed something unusual. Normally, some of the neuronal connections in the males' tails are eliminated, or pruned, during sexual maturation.

Instead, she found that immature connections in the stressed worms remained. Follow-up experiments suggested that this was strictly caused by starvation and no other forms of stress – such as heat – could have caused the dauer state.

Stressed worms swam away from SDS while normal males barely responded. The stressed worms also had problems mating. Specifically, they spent much less time in contact with hermaphrodite worms than normal males.

Further experiments suggested that pruning of the circuits was controlled by opposing effects of serotonin and octopamine, a chemical cousin of the human "fight or flight" neurotransmitter norepinephrine.

Starved worms made abnormally high amounts of octopamine, which blocked the production of serotonin. Exposing immature males to serotonin during starvation caused normal pruning and the adults to have mature reactions to SDS. In contrast, adding octopamine to an immature male worm's diet prevented circuit pruning.

Currently his lab is part of a nationwide project, called CeNGEN, to map the genetic activity of every neuron in the C. elegans nervous system. Results from this project may help researchers fully explore how the collisions between genes and experience, or nature and nurture, shape a nervous system.