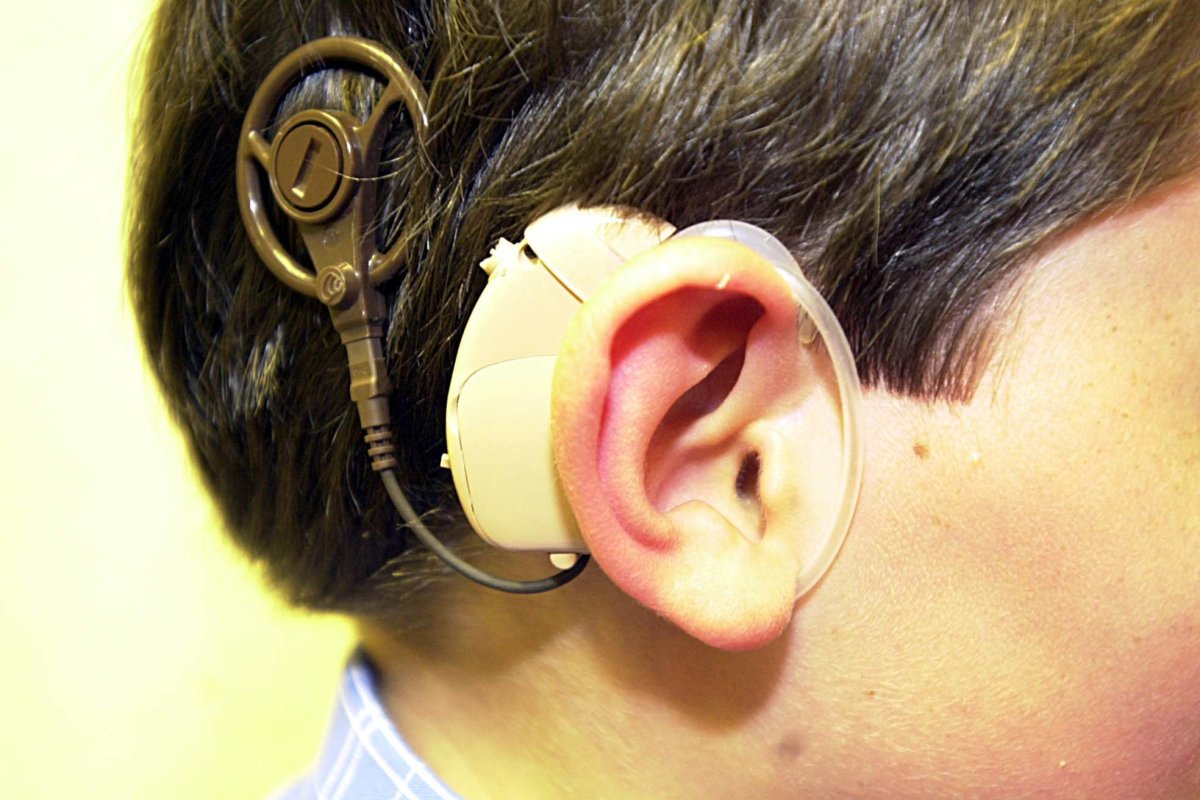 Researchers with members from a variety of institutions across Germany has developed a new type of cochlear implant one based on light. The study was published in the journal Science Translational Medicine, the group describes their new implant.

Over a half-century ago, scientists came up with a way to partially restore hearing in people with cochlear damage, a cochlear implant. The same basic technology is still in use today—such devices work by converting sounds to electrical signals, which are transmitted to neurons that carry the signal to the brain. And while the implants have helped many people to hear, they still suffer from one major problem.

This is because the electrical signals run into one another, causing degradation of the messages carried to the brain. In this new effort, the researchers have converted sound to light instead of electricity, because light can be directed more precisely.

The new implant fires light directly at cochlear neurons. But for that to have an effect, the researchers had to get the neurons in test gerbils to respond to it. To make that happen, they injected a virus carrying gene encoding for light sensitivity directly into the cochlea.

Next, the team caused cochlear-based hearing loss in the test gerbils and once again fired up the new implant. They report that the gerbils jumped just as they had in response to the prior sound, proving their hearing had been restored.

The researchers suggest their device is a proof of concept for a way to improve cochlear implants. The next logical step would be to add electronics to the device to convert sound signals to light, which would then stimulate neurons in the ear in the same way electrical signals have done in the past.