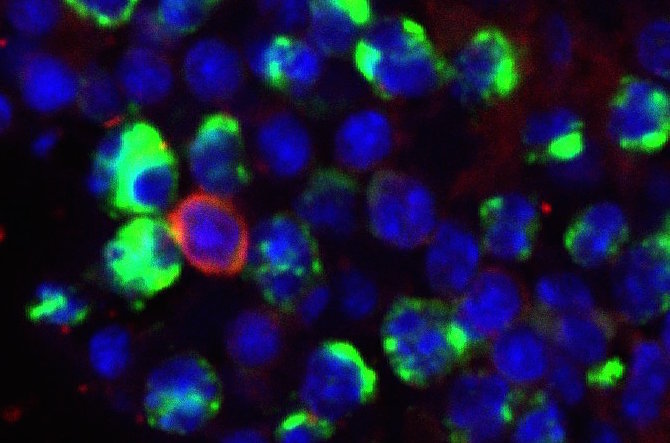 The study, published in the latest issue of Science, uncovered the source of a key growth factor that, in mice, keeps blood-forming hematopoietic stem cells (HSCs) in a healthy state inside bone marrow. Without the growth factor, HSCs cannot maintain themselves or create new blood cells

The source of the growth factor the liver came as a surprise. All other known factors needed for HSC maintenance are supplied locally by the bone marrow. Our study tells the field that to find the factors that can improve bone marrow transplantation; it needs to broaden the search beyond the bone marrow.

For a bone marrow transplant to be successful, HSCs must embed themselves in the recipient’s bone marrow, where they will reconstitute the patient’s blood cells. But HSCs are rare and only represent about 1% of the cells transferred during the procedure.

Most cells transferred in a bone marrow transplant are mature cells that help the patient for a short period of time. Increasing the number of HSCs infused into the patient could improve transplant success, but scientists have so far been unable to multiply HSCs in the lab.

That’s because we don’t fully understand all the factors necessary to maintain HSCs. They tried to track down the source of one of these factors; a growth factor called thrombopoietin or TPO. They first looked in the bone marrow, but when the researchers prevented the bone marrow’s production of TPO, there was no effect on HSCs.

For an organism to function properly, all organs have to talk to each other. They need more such insightful study identifying important mechanisms for stem cell transplantation and regenerative medicine approaches. Ding thinks that the same liver-HSC crosstalk may occur in people with liver disease often have HSC problems and his lab is now looking to confirm that.