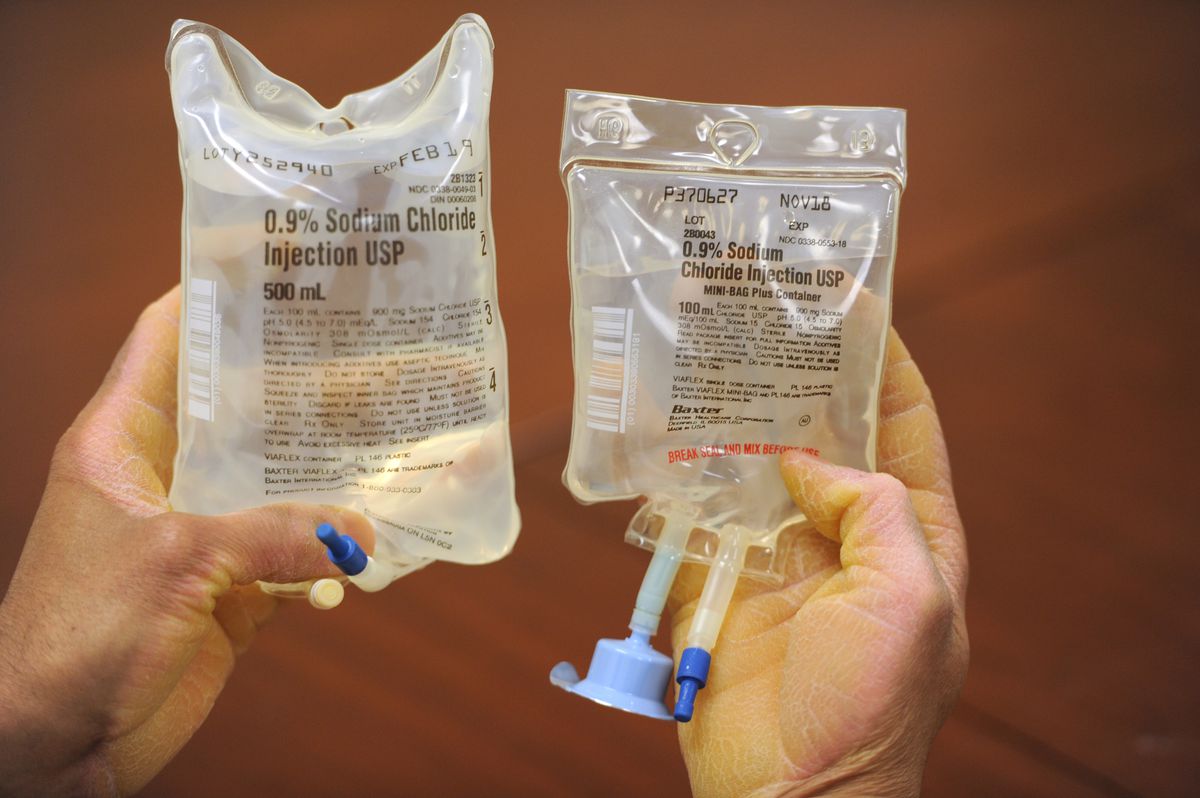 In the midst of a US shortage of intravenous (IV) fluids, oral hydration is a low-cost, evidence-based solution hospital can implement to treat adults with mild rehydration, write a group of international emergency care physicians at Brigham and Women's Hospital in an article published in the New England Journal of Medicine.

"We started the oral rehydration solution protocol in the emergency department, but it was quickly adopted throughout the hospital because the IV shortage affects all departments," said senior author Stephanie Kayden. "This has become part of our standard practice in the hospital, and I hope it will stay that way. In many ways, the oral rehydration is a better solution for patient care."

"Most of the IV fluid used in the U.S. is produced by only three manufacturers, so availability is vulnerable to even small fluctuations in supply," write Andrés Patiño, MD, and colleagues. Conversely, oral rehydration relies on inexpensive and readily available supplies. Moreover, oral rehydration can reduce emergency department admissions and lengths of stay, the authors note.

As 44% of IV fluid bags used in the United States are manufactured in Puerto Rico, Hurricane Maria's destruction on the island in September 2017 intensified a preexisting IV fluid shortage, expanding it from 50- and 100-mL bags to include 500- and 1000-mL bags.

Brigham and Women's emergency department used 8519 liters of IV fluids, almost 30% of the hospital's total consumption, from September 2017 through January 2018. Therefore, the hospital asked a group of emergency physicians with international humanitarian experience to develop a solution.

"This is a protocol for people with mild dehydration from diarrhea, vomiting, morning sickness and similar problems, not for people who have major electrolyte imbalances, such as kidney disease," Kayden reported.

"A change is hard no matter what, so buy-in is going to be very key," Kayden said. "There needs to be a lot of messaging and a lot of education. It is something relatively new to have the patient or family be so involved in the care, and I think the newest and possibly hardest part was to get folks to interact in that way."

"It's easy enough in a Western setting when you have lots of access to put in the bag, walk away, and know it's been done," Kayden said. "We have a culture that supports the use of IV fluids even though the data show that, in many cases, oral rehydration and IV rehydration are equivalent in benefit."

This protocol focused only on adults because Brigham and Women's connects to a children's hospital that takes all pediatric patients. But oral rehydration is already standard practice in pediatrics, Kayden said, because clinicians try to prevent pain, such as the IV catheter insertion, as much as possible.

The bulk of literature on pediatric oral hydration comes from the West, but most evidence for oral rehydration in adults comes from global health science, particularly in countries with limited resources.

"This is a really excellent example of how global health science not only has helped us weather the IV fluid shortage but actually helps us to improve patient care in the U.S," Kayden said. "A lot of people assume global health is about Western doctors helping in low-income countries, and this is one of those examples where what we learned there helps improve our lives here."