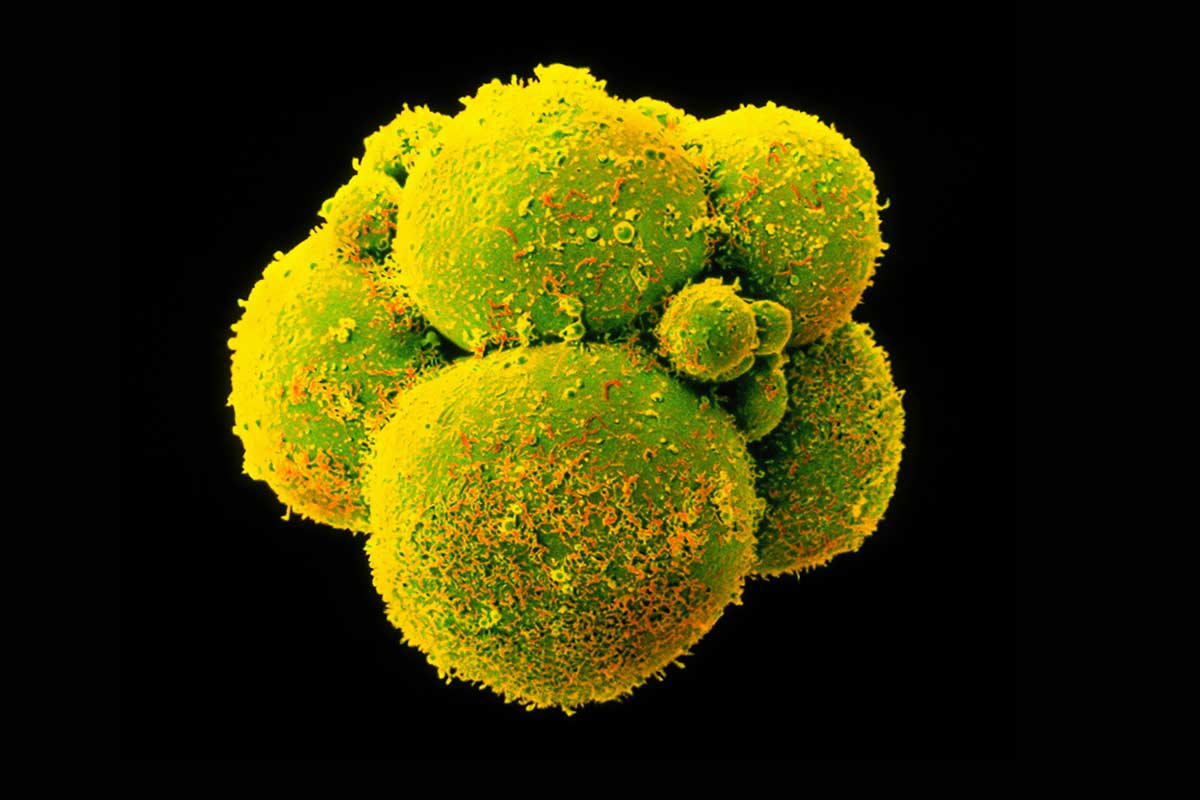 Scientists have shown that a small cluster of cells in the human embryo dictates the fate of other embryonic cells. The discovery of this developmental 'organizer' could advance research into any human diseases, and it suggests we have more in common with birds than meets the eye. The factors that shape the destiny of a cell, like that of a fully formed person, remain something of a mystery. The study was published in the journal Nature.

New research by a team of Rockefeller scientists under the direction of Ali H. Brivanlou illuminates the molecular circuitry that determines a cell's fate. They establish a new platform for studying the earliest stages of human development and could lead to novel treatments for a wide range of ailments.

Scientists already knew that embryonic stem cells could differentiate into any of the body's specialized cell types: bone and brain, lung and liver. They also knew that special groups of cells found in amphibian and fish embryos play an executive role in shaping early developmental structures. These groups, called "organizers," emit molecular signals that direct other cells to grow and develop in specific ways.

Previous studies revealed that three different signaling pathways drive early embryonic development in animals such as mice and frogs. By activating those pathways in artificial human embryos confined to Petri dishes, researchers showed that the same molecular signals could also drive development in human cells. When given those signals in the correct sequence, the artificial embryos even generated their organizers.

To validate their initial findings, the researchers, therefore, grafted artificial human embryos onto genuine chicken embryos but not before they had tagged the human cells with a fluorescent marker that allowed them to track the cells under a microscope precisely.

Transplanting cells from one species to another is not necessarily easy: the team's previous attempts at combining artificial human embryos with genuine mouse embryos proved exceedingly difficult, and no one had ever successfully grafted human embryonic cells onto an early bird embryo.

For while the progenitors of the cartilage and bone tissue that would eventually comprise a second spinal column were composed entirely of human cells, the beginnings of the nervous tissue that would ultimately form its accompanying spinal cord and brain were composed exclusively of chick cells. The fact that human cells are capable of building new structures in the embryo of a bird an animal more closely related to us demonstrates that the ability of animal cells has been conserved over hundreds of millions of years of evolution.

Moving forward by looking back

Understanding how undifferentiated stem cells become a particular kind of tissue is essential to regenerative medicine, which relies on stem-cell based technologies to heal and rejuvenate failing tissues, or even replace them with freshly grown ones.