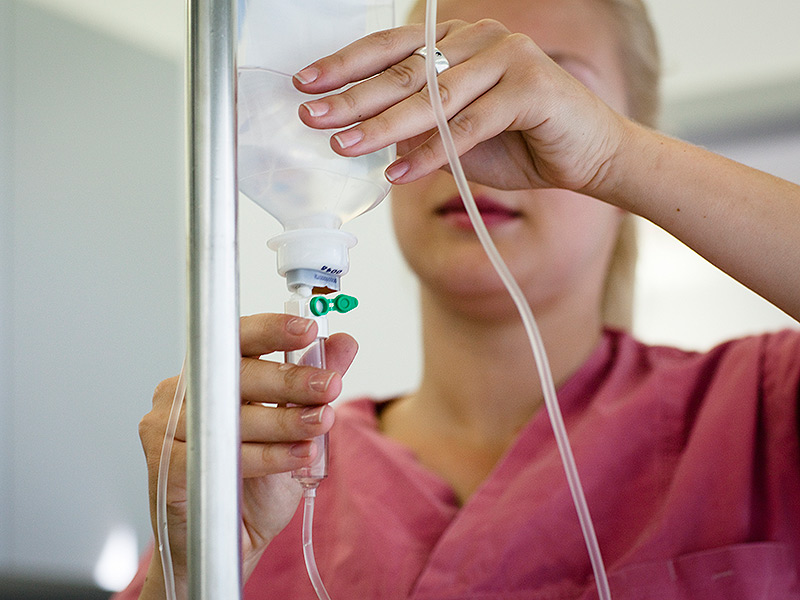 Many new and potentially life-threatening adverse events associated with the use of alemtuzumab (Lemtrada, Genzyme) in multiple sclerosis (MS), the study have been reported

The study described eight cases of acute acalculous cholecystitis (AAC), two instances of hemophagocytic lymphohistiocytosis (HLH), and one occurrence of an acute coronary syndrome (ACS), all linked to the drug.

An accompanying editorial also points out that other rare adverse reactions to alemtuzumab emerging in postmarketing reports include different infections, such as listeriosis and especially meningitis.

"These cases highlight the challenges of balancing high efficacy with potentially fatal complications with MS therapies," the editorialist's comment. "Alemtuzumab is an effective drug, and the risks should be fully understood and considered by patients and clinicians."

In the paper describing AAC, David Croteau, MD, and colleagues explain that it is a necroinflammatory disease of the gallbladder that occurs in the absence of cholelithiasis or choledocholithiasis and has historically been associated with older male patients receiving care in the intensive care unit setting. The condition has a high mortality rate of about 30%, which can rise to 90% with late diagnosis.

They note that two cases of AAC occurred among 919 patients treated with alemtuzumab in clinical trials, but because of an uncertain causal association, initial product labeling for the drug did not include AAC.

A group from Finland and the United Kingdom report two cases of HLH in patients after alemtuzumab treatment of RRMS. This hyperinflammatory syndrome consists of fever, lymphadenopathy, pancytopenia, liver abnormalities, hyperferritinemia, raised soluble interleukin 2 (IL-2) receptor, and hemophagocytosis and can occur secondary to malignancies, autoimmune diseases, or infections.

Editorial board note that listeria as an adverse reaction to alemtuzumab has a crudely estimated prevalence of about 0.26%. They say that it appears within days of alemtuzumab treatment, making it amenable to antibiotic prophylaxis, and that preventive sulfamethoxazole-trimethoprim treatment is now advocated in the United Kingdom.

"Everyone who recognizes rare or delayed adverse events that may be related to medications is encouraged to publish their experience," they conclude. "A better understanding of the risks will be important in guiding clinicians and patients to make informed treatment decisions that balance the benefits and risks of novel medications."