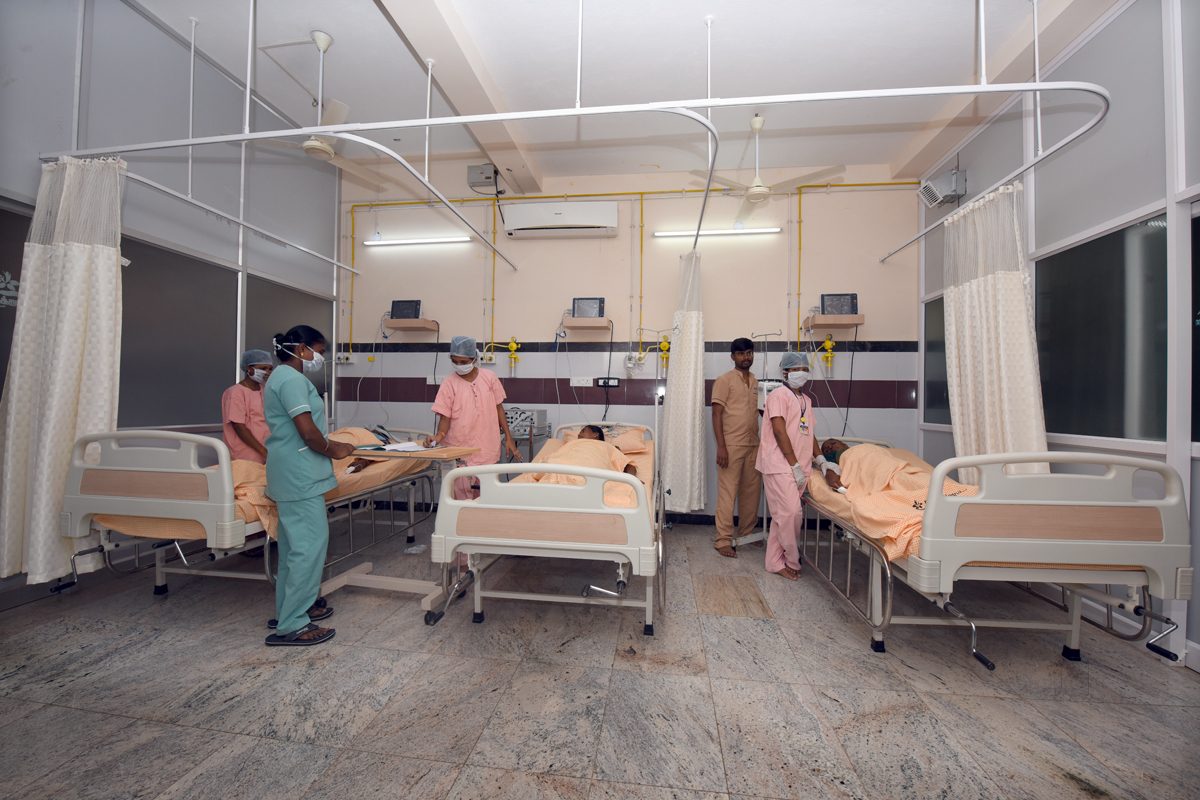 "I shift quickly between mania and depression. It becomes dangerous when a deep depression is supplemented with a boost of mania – then I suddenly have the energy to hurt myself as my depression wants me to," says Egvang.

She recognizes the symptoms and knows when it is bad enough to go to the hospital. So, in 2014, she signed a contract with the mental health services, which gives her the right to admit herself without first being evaluated by a doctor.

"I've had so many bad experiences in the emergency room. It's hell. It's enormously reassuring for me to be able to admit myself. I'm connected with a department where people know me. I don't need to prove to someone that I'm ill enough," she says.

Read more about the process of patient-controlled hospital admissions in Denmark at the end of the article. More dignity when patients admit themselves to hospital

"The patients and their relatives experience it as an easier way to get help. It gives them security to know that they have a contract and can come in when they need to. The relative says that it gives the patient's more dignity. The patients choose themselves and they are certain that they can get help," she says.

Ellegaard's research, based on surveys and interviews, shows that the patient-controlled admissions are one way to improve patient involvement in psychiatry.

Egvang agrees. "It gives a feeling of being taken seriously. Personnel trust that I know when I'm ill enough to come in," she says.

From healthy to hospital admission

Ellegaard's Ph.D. project also showed that both personnel and patients experienced that some patients became better at managing their own illness."Being rejected by the emergency department has often made me doubt that I had the same right to be in the hospital as other patients, and it feeds thoughts that I'm weak when I can't cope by myself," says Egvang.

Ellegaard's interviews with both patients and personnel show that both parties see great advantages with patient-controlled admissions:

"The staff experience better collaboration with patients. They're not quite as ill when they come in via a patient-controlled admission. They're in a condition where they can better explain what they want and need," she says. It gives the patient's more responsibility for their illness and admission.

Patients can admit themselves for up to five days, allowing for a more focused period where staff can plan what they should do and how they should do it to prepare patients for discharge.