Scientists Identify an Off-switch for Inflammation 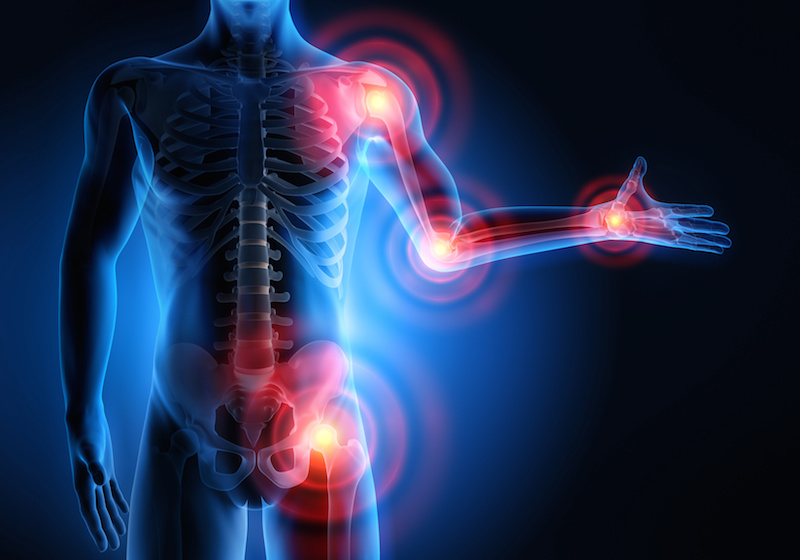 A discovery by Queensland scientists could be the key to stopping damage caused by uncontrolled inflammation in a range of common diseases including liver disease, Alzheimer's and gout.

University of Queensland researchers have uncovered how an inflammation process automatically switches off in healthy cells, and are now investigating ways to stop it manually when it goes awry.

"Now that we understand how this pathway naturally turns off in health, we can investigate why it doesn't turn off in disease—so it's very exciting," Dr Schroder said.

Her work at IMB's Centre for Inflammation and Disease Research focuses on inflammasomes, which are machine-like protein complexes at the heart of inflammation and disease.

"These complexes form when an infection, injury or other disturbance is detected by the immune system, and they send messages to immune cells to tell them to respond," Dr Schroder said.

"If the disturbance can't be cleared, such as in the case of amyloid plaques in Alzheimer's, these molecular machines continue to fire, resulting in neurodegenerative damage from the sustained inflammation."

Dr Schroder's team, led by Dr Dave Boucher, discovered that inflammasomes normally work with an in-built timer switch, to ensure they only fire for a specific length of time once triggered.

"The inflammasome initiates the inflammation process by activating a protein that functions like a pair of scissors, and cuts itself and other proteins," Dr Schroder said.

"What we've found is that after a period of time this protein cuts itself a second time to turn off the pathway, so if we can tweak this system we may be able to turn it off manually in disease."

Dr Schroder's laboratory has begun studying the inflammasome in fatty liver disease, a rapidly growing health issue due to the increasing global incidence of obesity and diabetes.

"In some patients with this condition the liver becomes increasingly fatty and inflamed, and this can lead to cirrhosis – which can require liver transplantation – or even liver cancer."

Compounds to block inflammasome have been developed by IMB researchers including Dr Schroder, and are being commercialised by start-up drug development company Inflazome Ltd.