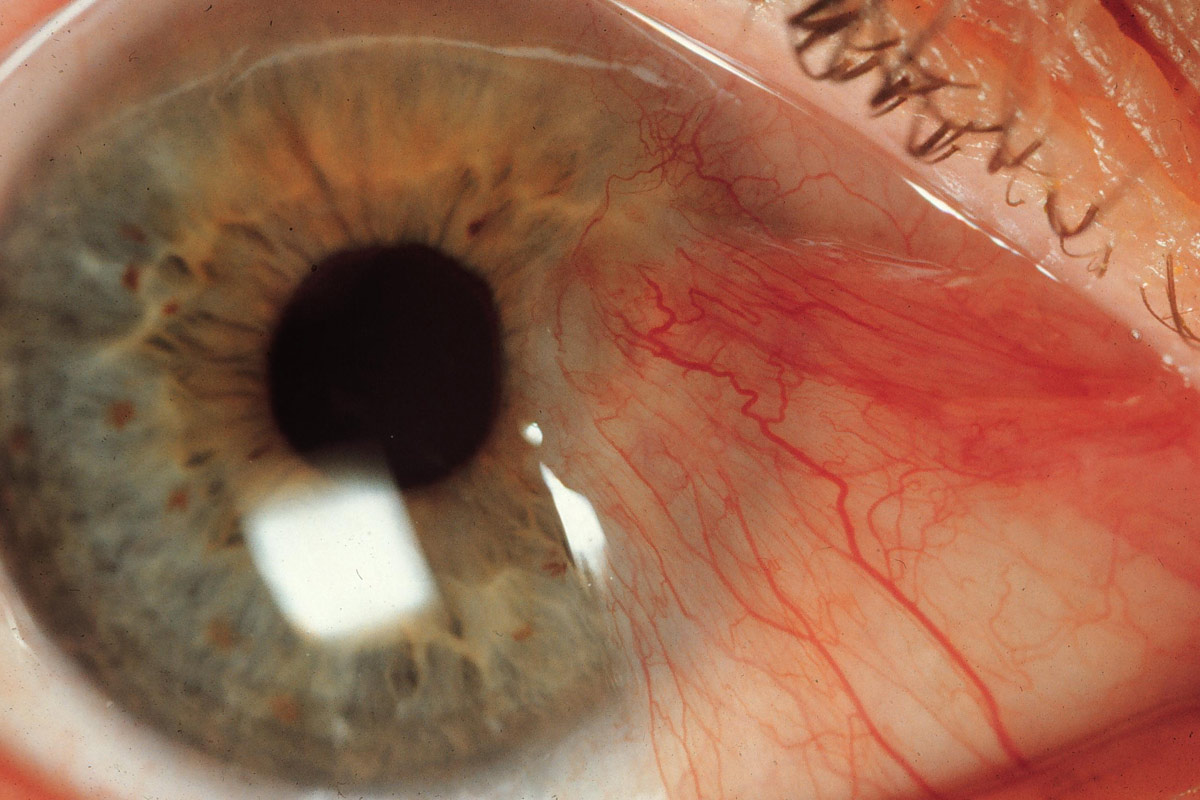 A natural plant compound exploits a newly identified Achilles' heel in a cancer of the eye, uveal melanoma. In human cancer cells growing in the lab, the compound shuts down the overactive signaling that drives uveal melanoma cell growth, according to researchers at Washington University School of Medicine in St. Louis

Uveal or ocular, melanoma arises from the layer of pigmented cells of the eye that includes the iris. Fatal in about half of the patients who develop it, cancer represents about 3 to 5 percent of all melanoma cases. Unlike skin melanoma, uveal melanoma is not strongly linked to exposure to ultraviolet light, although, the researchers note, individuals with blue eyes and fair skin are at the highest risk of developing the disease.

"In about half of patients, this tumor metastasizes to other organs and grows aggressively," said senior author Kendall J. Blumer, professor of cell biology and physiology. "Skin melanoma now has a number of relatively new targeted therapies, including immune therapies, that prolong survival, even after tumors have spread. Unfortunately, these treatments don't seem to do much against uveal melanoma. So there is a need for new therapeutics in this specific type of tumor."

Scientists have been studying the signaling molecules that are overactive in uveal melanoma for a decade but have had little clinical success in shutting them down. The overactive protein commonly found in this specific type of melanoma is called G alpha q, and it is part of a class of molecules called G proteins. When such proteins develop genetic errors that permanently switch them on, cancer can result.

In its active state, G alpha q is bound to another molecule that keeps it turned on and the signaling cascade flowing all the time. In the search for therapies in uveal melanoma, scientists have tried many different strategies to shut down individual pieces of the cascade activated by G alpha q. Thus far, no approach has succeeded in helping patients with the disease.

The new study suggests a solution that is surprising in its simplicity. Rather than turning off parts of the cascade activated by G alpha q, the scientists showed they could simply wait for G alpha q to release the molecule that keeps it active.

This random split happens at a low rate, according to the researchers, but if a drug is present that can trap G alpha q in its inactive state, the researchers thought that the entire cancer-causing signaling cascade would gradually shut down, one protein at a time. The researchers found that a natural compound called FR900359 (FR)—present in a member of the primrose family of plants—does just that.

"This plant compound binds tightly to inactive G alpha q, trapping it in its deactivated state," Blumer said. "When the cancer-causing form of G alpha q just happens to switch off on its own, FR traps it there."

Added first author Michael D. Onken, assistant professor of biochemistry and molecular biophysics: "In our study, we showed that the cancer-causing form of G alpha q doesn't have to be turned off by force. It just turns itself off every now and then on its own. But it then can be locked down with FR, and that's enough to shut down tumor cell growth."

Indeed, the researchers showed that FR not only kills human uveal melanoma cells growing in the lab, it also appeared to revert a subset of those cells back to a state resembling normally pigmented cells of the eye.

G proteins are common throughout the body, so finding ways to deactivate them also could be potentially relevant for other disorders, including cholera and Sturge-Weber Syndrome, a neurological disorder that often causes seizures and muscle weakness. Evidence also links such proteins to common disorders affecting large numbers of people, including asthma and high blood pressure.