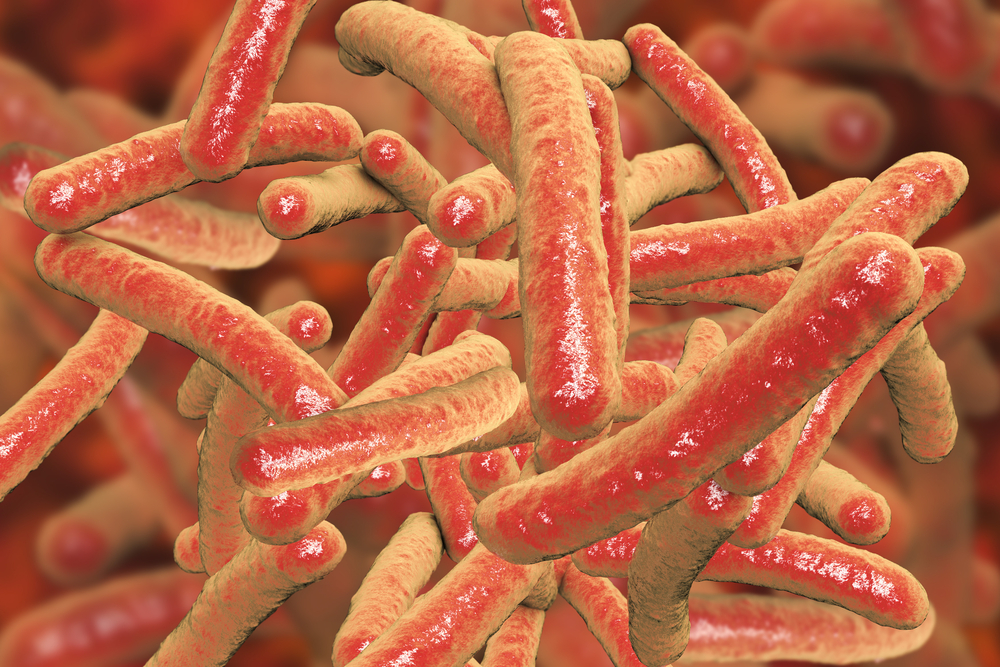 A new study published in the journal Angewandte Chemie International Edition represents a breakthrough for patients with tuberculosis. In search of new strategies against life-threatening tuberculosis infections, scientists have discovered a substance that interferes with the mycomembrane formation of the bacterium. It is effective in low concentrations and combined with antibiotics their effectiveness is improved by up to 100-fold.

Among the greatest challenges when treating life-threatening tuberculosis infections is the increasing resistance to antibiotics. But the pathogen itself also makes the life of doctors difficult: its dense mycomembrane hampers the effect of many medications. A team of scientists headed by Stephan A. Sieber, Professor of Organic Chemistry at TU Munich, has discovered a substance that disturbs the formation of mycomembrane significantly.

The team hypothesizes that similarly structured beta lactones could " mask " themselves as to mycolic acid to enter the mycolic acid metabolic pathways and then block the decisive enzymes. In the context of an extensive search, the interdisciplinary team of scientists hit the bullseye with the beta-lactone EZ120 . It does indeed inhibit the biosynthesis of the mycomembrane and kills mycobacteria effectively.

Using enzyme assays and mass spectroscopy investigations, Dr. Johannes Lehmann, a researcher at the Chair of Organic Chemistry II at TU Munich, demonstrated that the new inhibitor blocks especially the enzymes Pks13 and Ag85 , which play a key role in the development of mycomembrane.

EZ120 is effective even in low doses, easily passes the mycomembrane and exhibits only low toxicity to human cells. The combined application of this substance with known antibiotics showed a synergistic effect leading to a significantly increased effectiveness. "Vancomycin, a common antibiotic, and EZ120 work together very well," said Prof. Sieber, Chair of Organic Chemistry II. "When used together, the dose can be reduced over 100-fold .

The scientists suspect that disrupting the mycomembrane of Mycobacterium tuberculosis allows antibiotics to more easily enter the bacteria. This is a new mode of action and might be a starting point for novel tuberculosis therapies, the conclusion concluded.