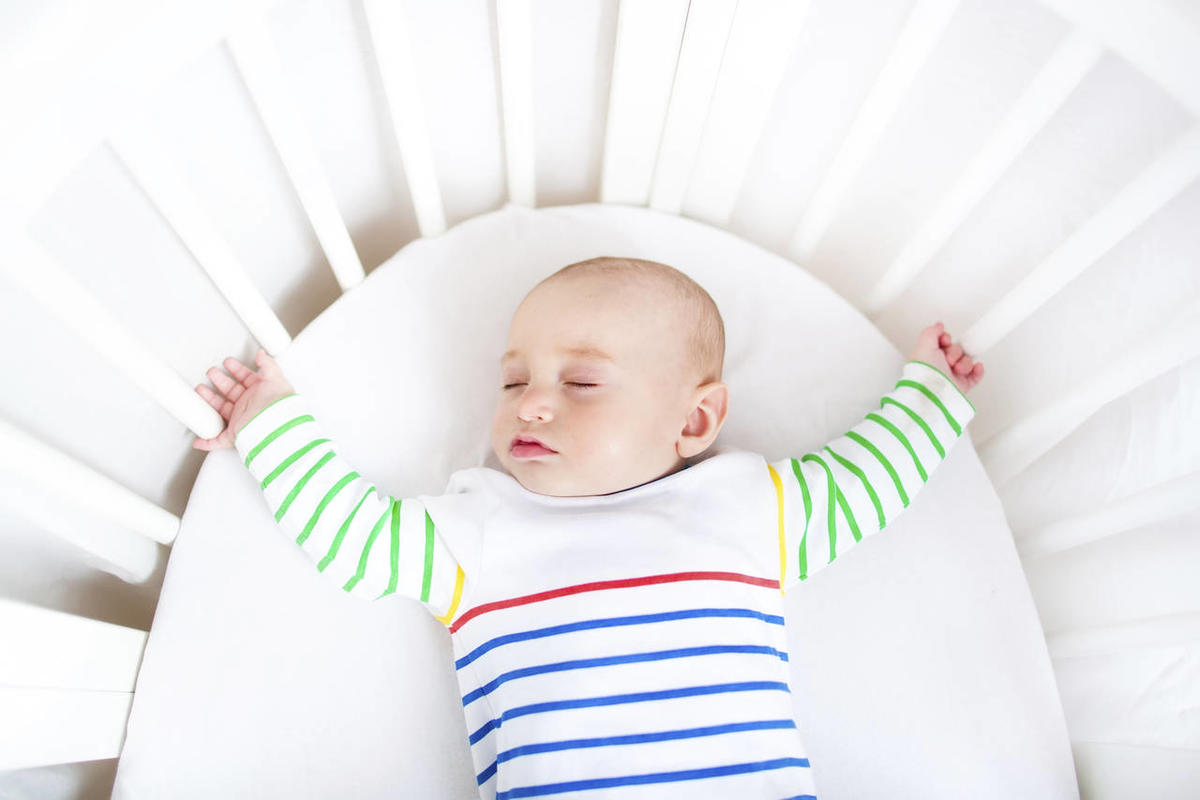 A substantial proportion of parents do not follow the advice they are being given to make sleep safer for their baby. This is one of the findings of the Safe Sleep Survey, whose results were published this week

Ignoring this advice, for instance with regard to a safe sleeping position or a safe bedroom environment, raises the risk of Sudden Infant Death Syndrome (SIDS), also known as 'cot death': the sudden and unexpected death of a (usually sleeping) baby for which a thorough autopsy can find no explanation.

In the Netherlands, every year between and 10 and 20 babies below the age of twelve months die in this way. Compared to other developed countries, the Netherlands has the lowest reported rates of SIDS.

The survey shows that in seven out of ten families, the parents choose to put their baby to sleep on its back. Parents who choose otherwise will often say that their baby sleeps better on its side or on its stomach and that this position lowers the baby's chance of developing a flattened head. However, cot death is three times more likely to occur in babies that sleep on their stomach, because their breathing is more easily obstructed in this position.

Furthermore, in one out of twelve families, the parents choose to have their baby sleep in bed with them, against medical advice. These parents find it easier to breastfeed, and that the baby sleeps better. However, sleeping together in one bed is risky for babies until they are four months old. If the parents smoke, or if the baby was premature, it is only safe for babies after 6 months.

This is because these babies can become trapped between their parents' bodies, or inadvertently smothered by a duvet or a cushion. Previous research has shown that one out of every four Dutch SIDS babies dies next to their parents in the same bed. A positive note is that placing the baby's cot or cradle in the parents' bedroom has increased strongly since 2011.

"It is not self-evident that parents follow advice on safe sleep care behavior," observes University of Twente researcher Annemieke Konijnendijk, who is the member of the research team that carried out this study for the Dutch Ministry of Health Welfare and Sport.

"It is still very important that nurses, maternity carers, and child healthcare workers advise parents on ways to make a baby's sleeping area as safe as possible. Not putting the baby to sleep on its stomach, not having the baby sleep in bed with the parents, avoiding cushion-like objects in bed with the baby and not smoking still offer the best protection. So it's worth giving attention to why some parents don't follow this advice."

More than 1200 respondents from all over the Netherlands, with children aged up to twelve months, took part in this online survey. They were approached through health centers and online media. The 2017 Safe Sleep Survey was the eleventh of its kind; the previous survey was held in 2011.