Role Of Migrating Shoals of Fish In Deep-Ocean Microorganisms 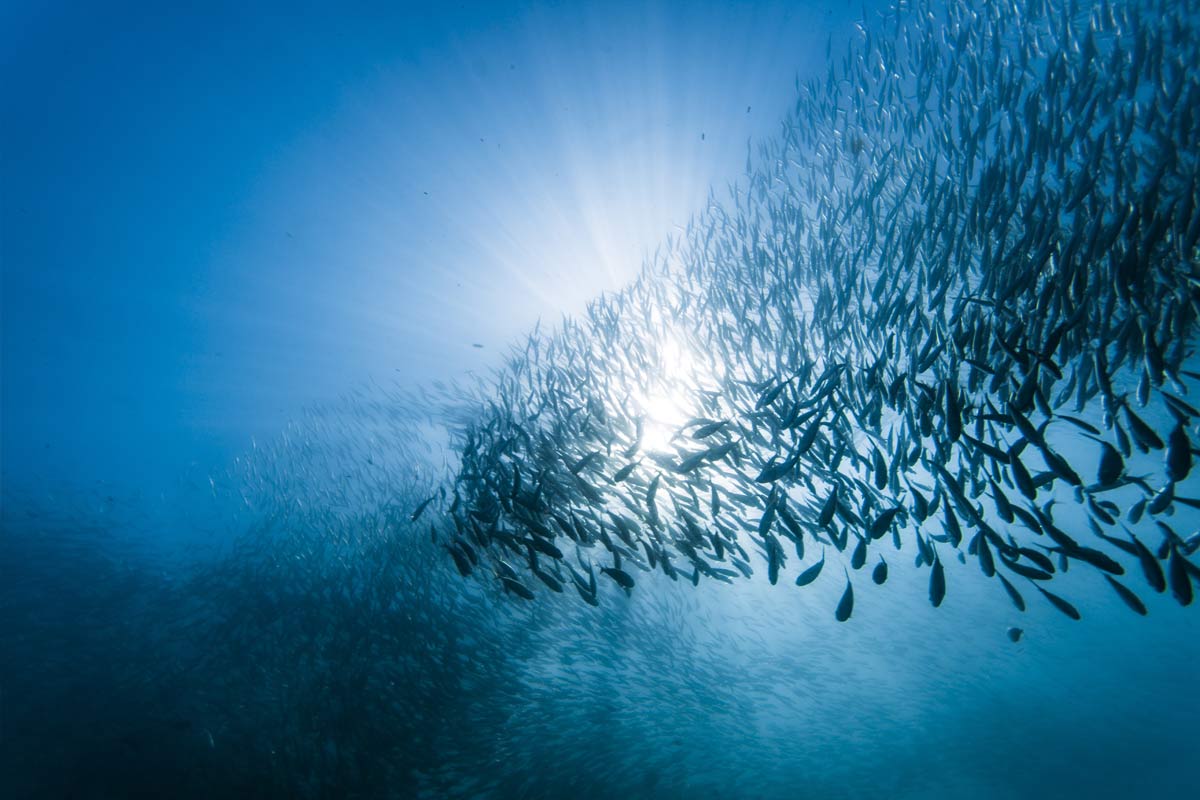 The first in-depth analyses of dissolved organic carbon (DOC) cycling in the Red Sea highlights the important role of migrating shoals of fish in sustaining deep-ocean microorganisms and potentially the global carbon cycle.

The biological carbon pump is a cyclical process by which marine lifeforms fix inorganic carbon from the atmosphere and transported through ocean layers into the deepest waters and ocean sediments.

Fish that feed at the surface at night and retreat to the mesopelagic zone (200 to 1000 meters depth) by day were thought to influence carbon cycling, but the extent of their contribution has never been explored.

Now, Maria Calleja and Xosé Anxelu Morán at KAUST's Red Sea Research Center, and coworkers, demonstrate the impact of this daily migration on the vertical movement of carbon in the Red Sea and how it fuels the metabolism of single-celled heterotrophic prokaryotes belonging to the domains Bacteria and Archaea.

A community of fish in the Red Sea

"In a previous study, our co-authors Anders Røstad and Stein Kaartvedt discovered a community of fish in the Red Sea that migrate every night from around 550 meters depth to the surface waters to feed1," said Calleja.

"We wondered how this fish migration might affect the microbial community inhabiting the same depths. Our two projects sought to clarify this by collecting data from a single Red Sea sampling site," said Calleja.

The first study examined vertical differences in DOC concentration and the flow of carbon through microbial communities at three specific layers in the water column during the day1.

Over eight days, the team monitored features such as DOC consumption, prokaryote growth and community composition in natural water samples taken from the surface, the deep layer where the fish rested during the day, and an intermediate layer at 275 meters.

Bacterial growth efficiency in the deepest layer was significantly higher than previously estimated, "suggesting a labile DOC source–one that is tasty and easily broken down by the bacteria–that helps generate larger cells," explains Calleja.

Heterotrophic bacterial communities in the mesopelagic layer were also found to be more active than those in the surface waters. "Our second paper, led by a former KAUST post-doc who is now at the University of Exeter, Francisca García, followed changes over 24 hours along the whole water column, sampling 12 different depths (from 5 to 700 meters) every two hours2," says Calleja.

"We analyzed the dynamics between DOC, bacteria and fish movements during the 24-hour cycle," said Calleja. The researchers used flow cytometry to analyze microbe cell sizes and community structure at high temporal resolution, showing higher microbial diversity in the mesopelagic zone than expected. These deep microbial communities may be more dynamic than previously thought, thanks to this active carbon transfer of labile DOC by fish.