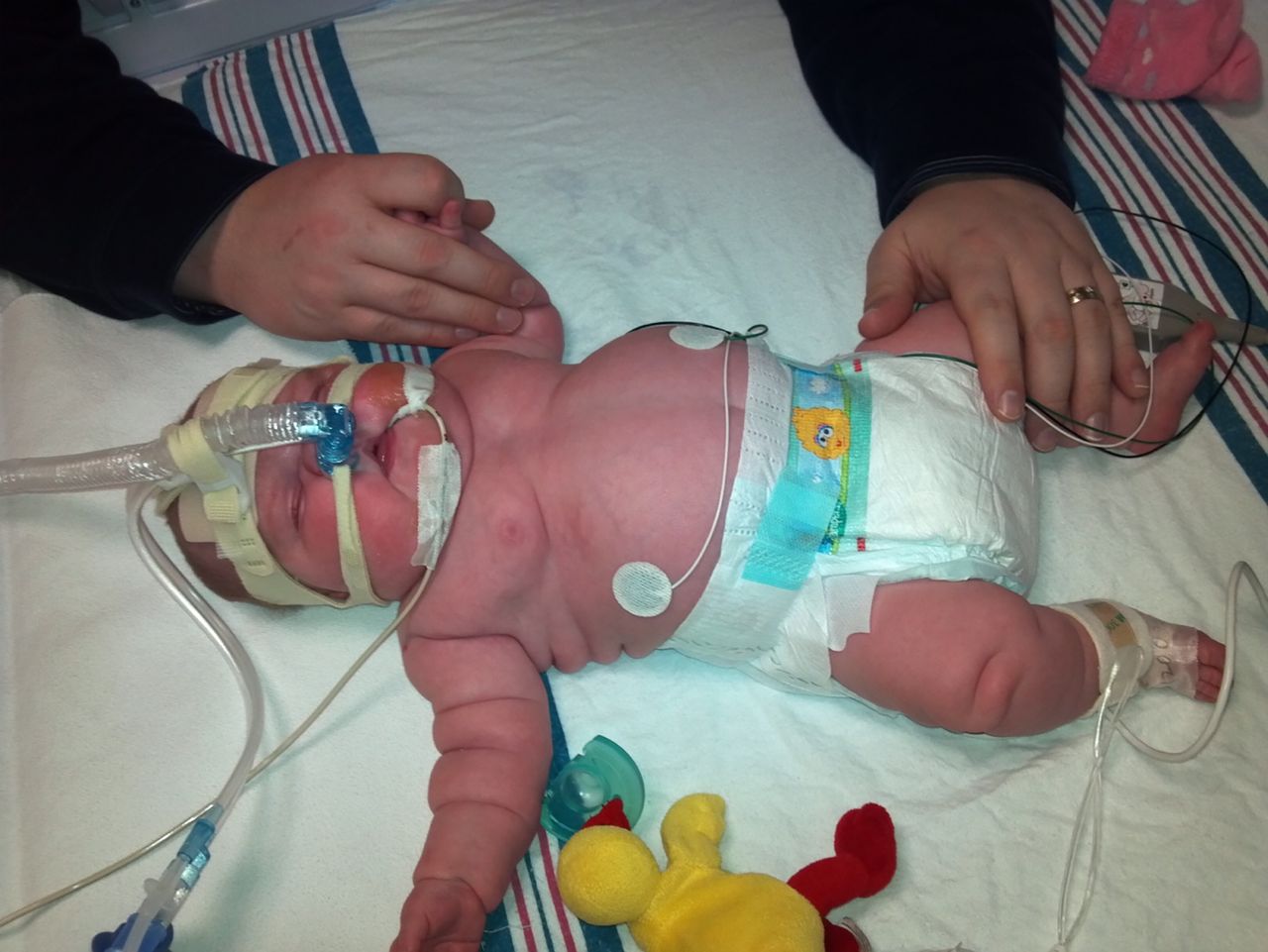 Extremely low birth-weight babies are at risk for a chronic lung disease called bronchopulmonary dysplasia, or BPD. This condition can lead to death or long-term disease, but clinical measurements are unable to predict which of the tiny infants -; who get care in hospital intensive-care units and often weigh just one and a half pounds -; will develop BPD.

The UAB work, published in the journal JCI Insight, is an example of "bedside to bench" research. It began with prospective studies of extremely premature infants to identify potential biomarkers and then proceeded to lab experiments using animal models and cells grown in culture to learn how the biomarker functions in disease progression.

The study was led by Charitharth Vivek Lal report that early microbial imbalance in the airways of extremely premature infants is predictive for development of BPD. The biomarker in the JCI Insight study is microRNA 876-3p.

Lal et al. found that airway cells in infants with severe BPD had greater numbers of exosomes, but those exosomes were smaller sized. They also experimentally found that high oxygen exposure for newborn mice or human bronchial epithelial cells were grown in culture also caused the release of more exosomes, and the exosomes were smaller in size that those secreted at normal oxygen level.

The UAB researchers then did a prospective discovery cohort study at UAB -; they collected tracheal aspirate samples from extremely premature infants within six hours of birth, purified exosomes from the samples and looked for microRNAs in the exosomes. Out of 810 microRNAs that were found, 40 showed differences between infants who later developed BPD and those who were BPD-resistant.

Next, in cooperation with researchers at Thomas Jefferson University and Drexel University, a validation cohort was studied in Philadelphia. Thirty-two of the 40 microRNAs were confirmed; six had a higher statistical significance; and one biomarker, a low concentration of microRNA 876-3p, was found to have the highest sensitivity to predict severe BPD in extremely low birth-weight infants.

The researchers then showed changes in expression of microRNA 876-3p in BPD in three types of experiments. First, tracheal-aspirate, exosomal microRNA 876-3p expression was decreased in infants with severe BPD, as compared with full-term infant controls.

Second, using an animal model of BPD where mouse pups are exposed to high levels of oxygen, microRNA 876-3p expression from exosomes in bronchoalveolar lavage fluid was found to progressively decrease over 10 days of oxygen exposure. At the same time, the gene expression of two targets of microRNA 876-3p increased.

When Proteobacteria lipopolysaccharide (LPS) and high oxygen were used together in double-injury tests, the researchers found the even greater decrease in exosomal microRNA 876-3p; in the animal model, the double injury caused greater impairment of lung development and higher expression of inflammatory cytokines than either high oxygen or LPS alone.

Finally, the researchers tested the effect of giving a gain-of-function mimic of microRNA 876-3p to pups in the animal model of BPD. For both the high-oxygen model and the double-injury model of high oxygen and LPS, mice given the mimic showed protection as measured by less alveolar hypoplasia and decreased neutrophilic inflammation.