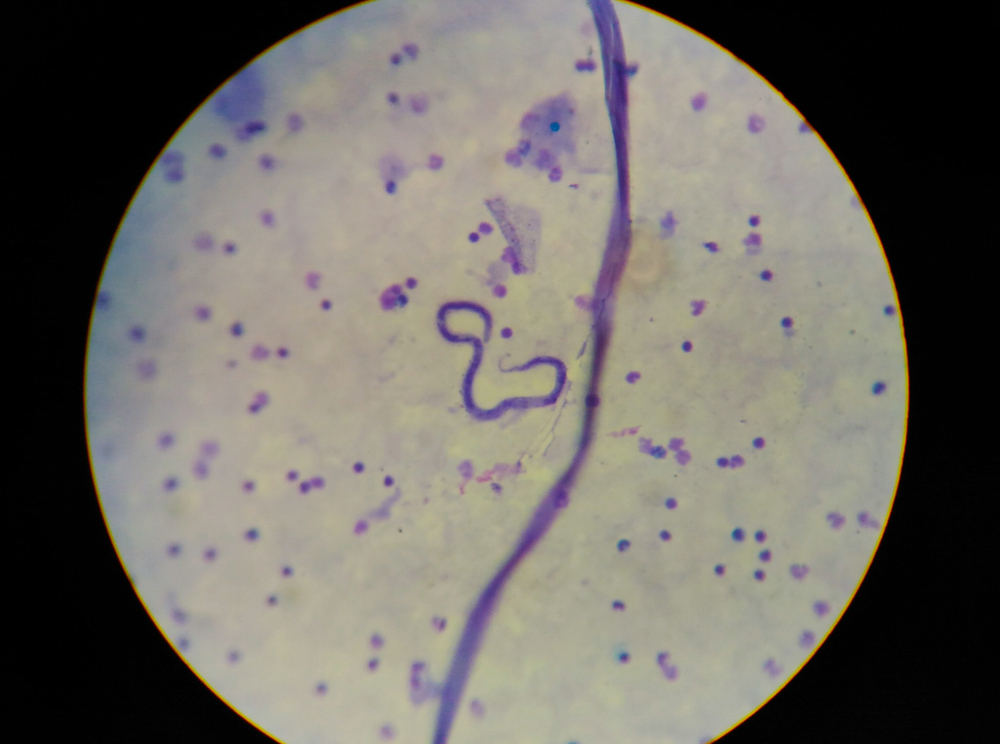 Single-dose moxidectin might be more effective than ivermectin in programs to eliminate Onchocerca volvulus, the parasite responsible for river blindness, according to results from a phase 3 trial.

"This is most interesting to me, because it suggests that exactly where a more effective onchocerciasis-control strategy than community-directed treatment with ivermectin is needed, moxidectin could be the most beneficial – exactly what we would like to see."

Community-directed treatment with ivermectin (CDTI) has eliminated onchocerciasis from several African countries, but more efficacious drugs are needed to eliminate onchocerciasis in areas that have high endemicity, loiasis co-endemicity that limits CDTI because of severe reactions in people with very high Loa loa microfilaremia, and possible suboptimal responses to ivermectin in the population.

In a randomized, double-blind trial involving more than 1,400 participants, Dr. Kuesel et al. investigated the efficacy of single doses of moxidectin (8 mg) or ivermectin (150 micrograms/kg) in reducing skin microfilarial density (SmfD) 1 year later. The study was conducted in onchocerciasis-endemic areas in Ghana and the Democratic Republic of the Congo without loiasis or previous CDTI.

At month 12, SmfD was significantly lower in the moxidectin group than in the ivermectin group (0.6 vs. 4.5 microfilariae/mg), according to the Lancet online report.

The percentage of participants with undetectable SmfD from month 1 to month 12 was significantly higher in the moxidectin group than in the ivermectin group (38% vs. 2%). Results were similar for men and women, whereas SmfD treatment differences significantly favored moxidectin among people with higher pretreatment levels of infection.

Both drugs were well-tolerated, and severe symptomatic postural hypotension was more common with moxidectin (5%) than with ivermectin (1%). "Moxidectin needs to undergo large, community-wide studies to provide sufficient safety data to support mass drug administration," Dr. Kuesel said. "This will inform the safety surveillance that needs to be put in place during the initial years of mass drug administration."

"Note that by the time these prerequisites are met, we anticipate a safe dose for moxidectin for 4- to 11-year-olds from the planned pediatric study to be available and registered," she said.

Moxidectin is currently licensed only for veterinary use, prompting Dr. Kuesel to add, "I hope that, once moxidectin is ready for deployment, all companies profiting from moxidectin-containing veterinary products will volunteer to provide a part of their profits into a 'pooled fund' from which Medicines Development for Global Health (MDGH) can at least co-finance moxidectin donation to endemic countries.

Such a 'pooled fund' would 'compensate' for the fact that MDGH is a not-for-profit organization, in contrast to Merck, which donates ivermectin, and other pharmaceutical companies which donate other drugs for control of neglected tropical diseases."

Dr. Michel Boussinesq reported, "The most interesting result of this study is the fact that only about 10 subjects showed skin microfilariae 6 months after moxidectin treatment. This means that if moxidectin is distributed with good coverage (>80% of the target population), transmission will be dramatically reduced and, possibly, interrupted in the treatment area during 6 months. This will accelerate onchocerciasis elimination."

"Moxidectin is a 'super-ivermectin,'" he said, "with a much longer parasitological effect, and hopefully a better clinical effect on onchocerciasis symptoms, than ivermectin."