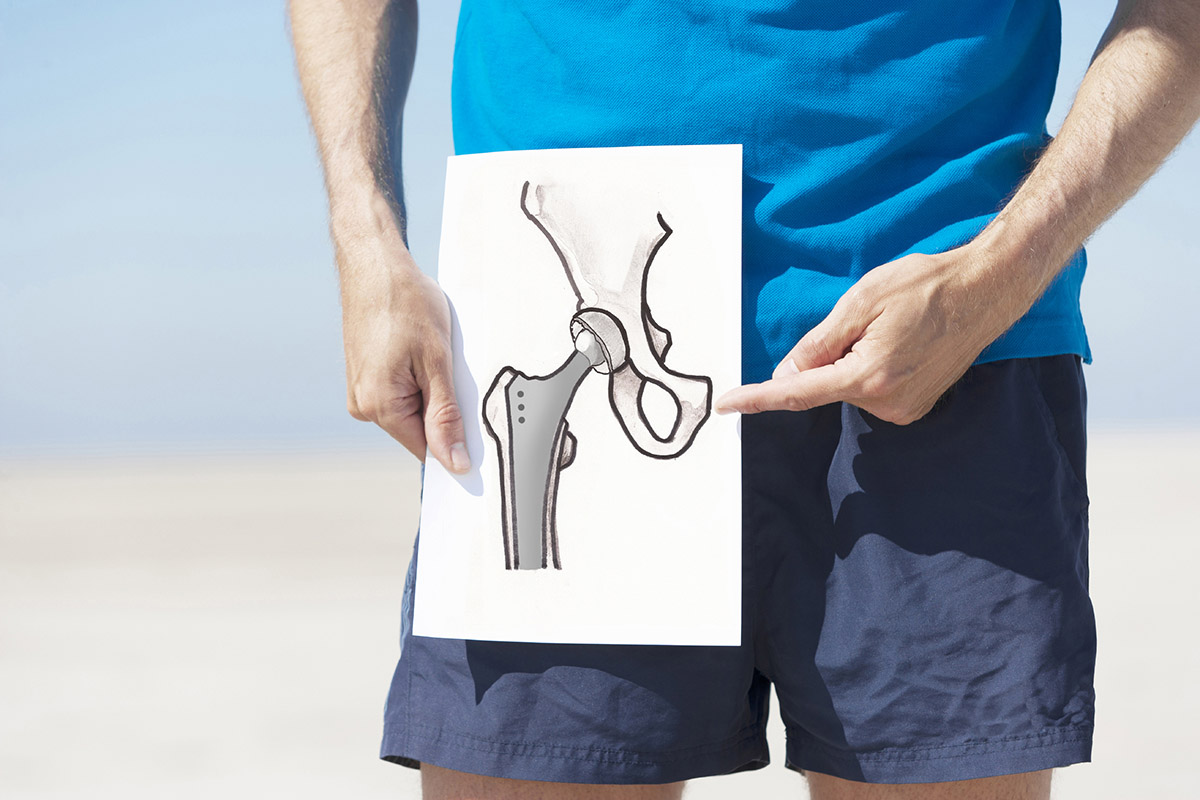 One in three adults aged 50 and over dies within 12 months of suffering a hip fracture. Older adults have a five-to-eight times higher risk of dying within the first three months of a hip fracture compared to those without a hip fracture. This increased risk of death remains for almost ten years.

Beyond suffering pain, a hip fracture results in a loss of physical function, decreased social engagement, increased dependence, and worse quality of life. Many people who have a hip fracture need to change their living conditions, such as relocating from their home into a residential aged care facility.

Age is a key risk factor, with hip fractures more likely to occur in those aged 65 or older. They're primarily a result of a fall, or when the hip collides with a solid object such as a kitchen bench. However, they can also occur when there has been little or no trauma, such as standing up.

Cognitive impairment such as dementia is a common factor that increases the risk of falling. Frailty, poor vision, the use of a combination of medications, and trip hazards in the home also increase the likelihood of falls.

Osteoporosis, a disease characterized by low bone mass and degradation of bone tissue, is another significant risk factor for hip fractures. Osteoporosis and osteopenia (where bone mass is lower than normal, but not yet osteoporotic) are reported to affect more than one million Australians aged 65 and older.

Worldwide, one in three women and one in five men experience a fracture caused by such bone fragility, with a fracture occurring every three seconds. Compared to a fracture of any other bone, a hip fracture results in the most serious of all consequences.

While the reasons remain unclear, hip fractures also disproportionately affect those at the disadvantaged end of the social scale. Previous research has reported around 30% of people with hip fractures have had a prior fracture; this is known as the "fracture cascade".

The increased risk of subsequent fracture may persist for ten years, which highlights the importance of treating the initial fracture promptly and effectively.

In Australia, standard clinical care following a hip fracture begins with timely assessment, including X-rays, and pain and cognitive assessments. Australian data indicate more than three-quarters of people who sustain a hip fracture undergo surgery, the most common procedure being a joint replacement.

Surgical intervention will generally occur within 48 hours. Immobility after a hip fracture can lead to poor patient outcomes. But some patients may prefer not to undergo surgery. Or, their medical team may determine the risks are too great to expose the person to surgery.

Combined with the trauma of a fracture and surgery, an existing health condition may significantly increase the risk of death. Death after a hip fracture may also be related to additional complications of the fracture, such as infections, internal bleeding, stroke or heart failure.

One study showed heart disease, stroke and pneumonia resulted in a long-term doubling of risk of death after hip fracture, and this risk remained high for up to ten years in women and 20 in men.