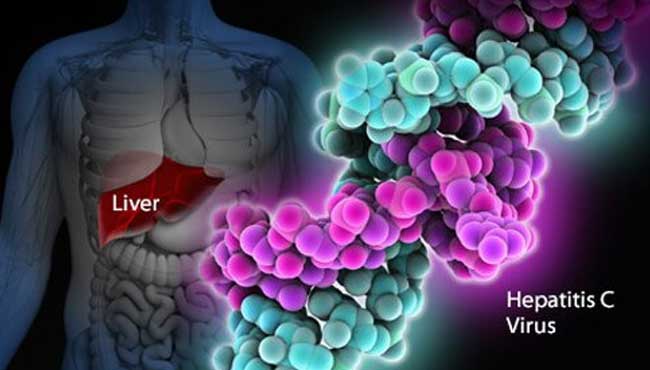 According to the research, addition of ribavirin to direct-acting antiviral (DAA) treatment of hepatitis C virus (HCV) infection with mixed cryoglobulinemia (MC) proved advantageous to achieving an immunological response, with reduced serum cryocrit measured when sustained virologic response was achieved at 12 weeks (SVR12)

MC is the most common extrahepatic manifestation of HCV chronic infection, detectable in 20-30% of patients, and manifesting symptoms such as palpable purpura, skin ulcers, neuropathy or kidney involvement in 10-15%, according to Lucio Boglione, PhD.

The investigators note that although DAA treatment is effective in HCV with or without this complication, the role of ribavirin with DAAs in affecting immunological response and the decrease of cryocrit had not been previously investigated.

They posited there could be an additive effect, as ribavirin has demonstrated immunomodulatory activity leading to induction of interferon-stimulated genes (ISGs) and modulation of natural killer (NK) cells.

"This important aspect may play a role in its immunomodulatory effect on MC in HCV chronic infection, even after eradication of this virus," Boglione and colleagues wrote.

The investigators identified 132 patients with HCV chronic infection and MC (100 male), median age 54 years, having HCV for a median 14.6 years, with 1b the most prevalent genotype.  Seventy-two patients had not had previous HCV treatment.  Median cryocrit was 4.5%, and symptomatic cryoglobulinemia was detected in 57 patients.

Several different DAA regimens were used in the population, with ribavirin added for 45 patients, in consultation with the specialist treatment provider. The immunological response was defined as "complete" if there was no measurable cryocrit at SVR12, or as a "partial response" if cryocrit declined by less than 50% from baseline; and "no response" corresponded to no decrease in cryocrit.

Those with prior treatment had received regimens with interferon and were also more likely to have had the longer duration of HCV infection.

"Ribavirin addition may increase the immunological response and the improvement of symptoms, without any obvious significant adverse effects," researchers concluded.

There is a cautionary finding, however, in a contemporaneous report assessing effects of treatment for HCV-related cryoglobulinemia by another research group from Italy.