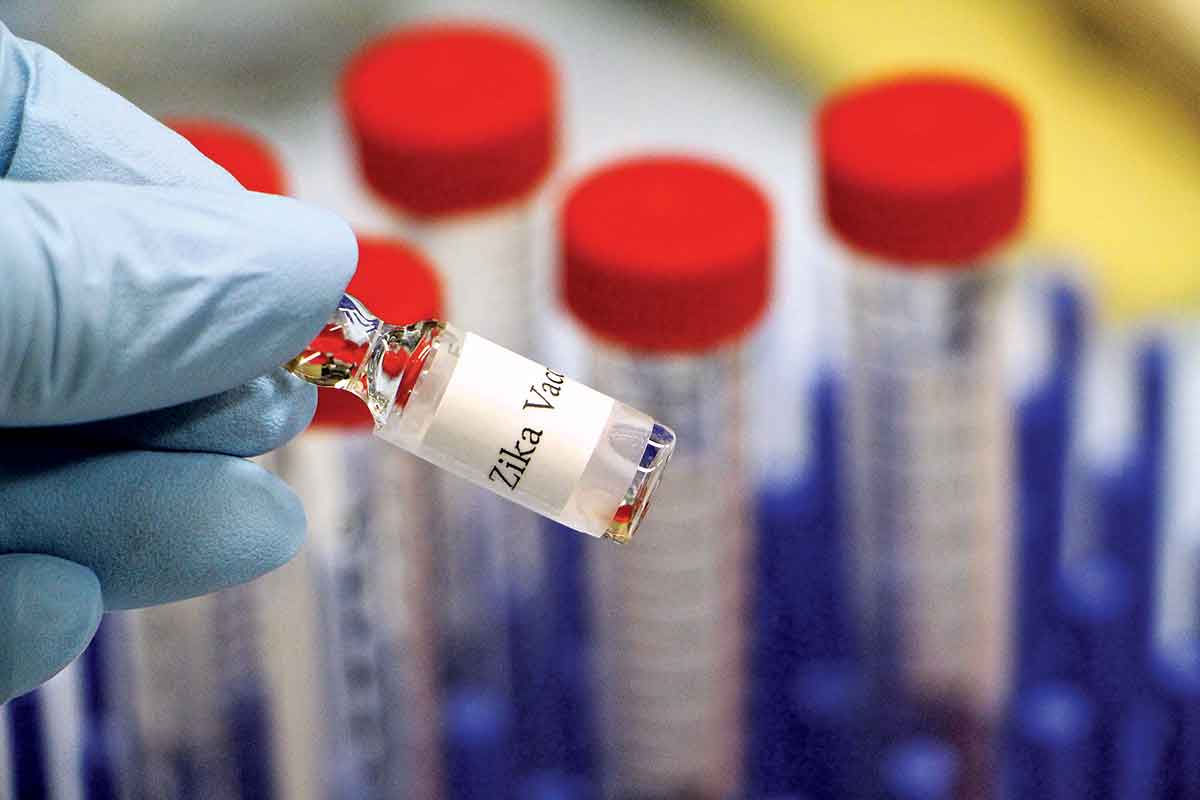 Researchers at New York University College of Dentistry (NYU Dentistry), in collaboration with Rheonix, Inc. (Ithaca, NY), adapt HIV test in developing a novel test for Zika virus that uses saliva to identify diagnostic markers of the virus in a fraction of the time of current commercial tests.

"The recent Zika virus outbreak confirms that we need an effective surveillance and diagnostic program to reduce the impact of future emerging infectious diseases," said study's lead author Maite Sabalza, a postdoctoral associate at the Department of Basic Science and Craniofacial Biology at NYU Dentistry.

Identifying pathogens early is critical for combatting the spread of infectious diseases. Testing often involves two separate steps: one to detect a pathogen's nucleic acids (RNA or DNA) and another to test for antibodies, the proteins the body produces in response to pathogens.

Blood samples are most often used to test for Zika virus and are typically processed using a common diagnostic technique called real-time polymerase chain reaction (RT-PCR). But blood may not be the best fluid: While the virus disappears in the blood a week or two after a person is infected, but antibodies and vvirus can persist longer in saliva, semen, and urine.

NYU Dentistry researchers are developing a rapid Zika test that combines both nucleic acid and antibody assays using saliva, given that Zika virus and antibodies persist in saliva. A saliva test is also noninvasive, cost-effective, and easier to collect than blood or urine.

NYU researchers are using a different method called isothermal amplification, which can detect a virus' nucleic acids in as little as 20 minutes, and antibody tests that can take less than an hour using Zika-specific antigens.

The team is building on its earlier work, developing a rapid saliva test for HIV that can detect both viral RNA and antibodies. "When we developed the HIV test, we knew we could use the same model for any infectious disease. All we need to know is the nucleic acid sequence and an antigen to identify specific antibodies," Malamud said.

The researchers describe how they altered this model to use markers that detect Zika nucleic acid sequences instead of those for HIV. They then used a portable isothermal amplification device—which could be used for point-of-care testing—to identify Zika RNA.

After showing that the test could confirm the presence of the virus using both purified Zika RNA and Zika-infected saliva, they adapted the test to the Rheonix CARD cartridge and workstation, enabling them to estimate the viral load in saliva samples.

With evidence showing that both the nucleic acid and antibody tests work, the researchers can combine them in the Rheonix CARD cartridge to process both diagnostic assays automatically and simultaneously. Researchers at NYU and around the world are continuing to validate their findings in further experiments using Zika-infected saliva.

"In working towards the goal of quickly making effective diagnostics available, we have developed a generic protocol that can not only be used to test for Zika virus but can be adapted for the next emerging or re-emerging infectious disease," said Sabalza.