Power Of Zebrafish As Tool For Cancer Drug Discovery 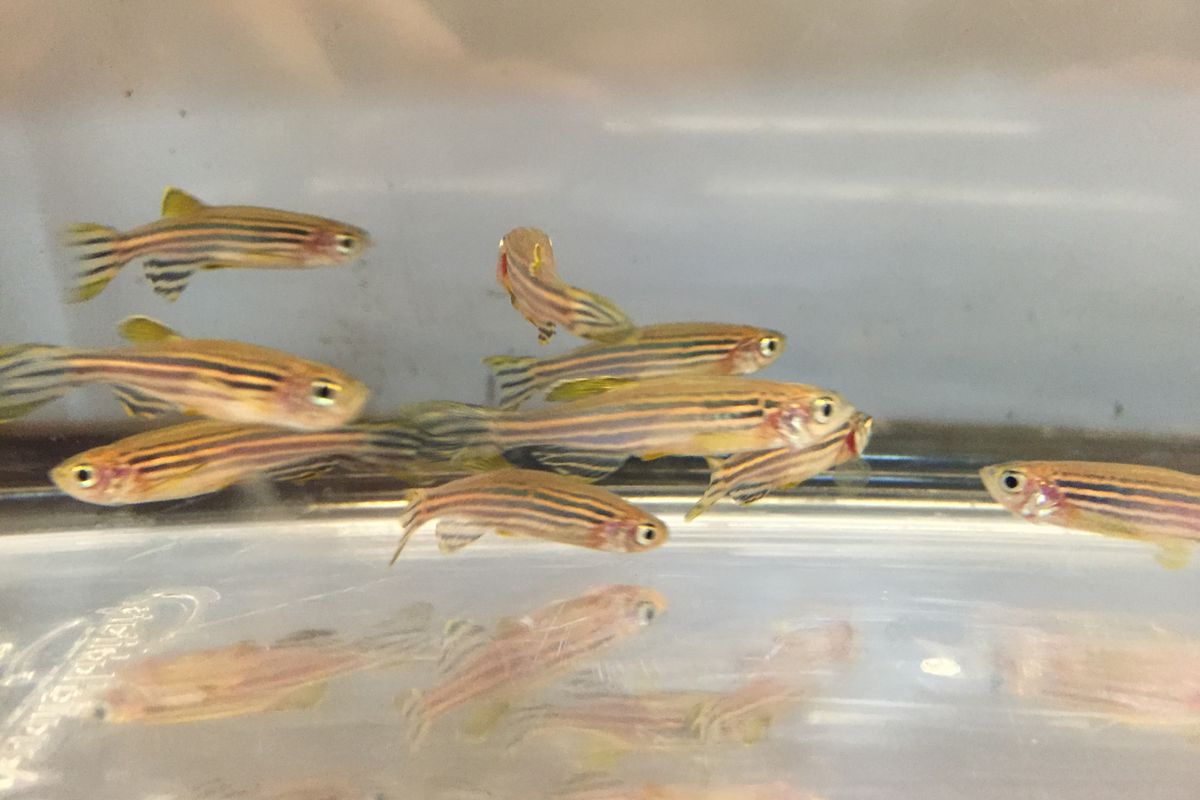 The lab of Leonard Zon, MD, at Boston Children's Hospital has long been interested in making blood stem cells in quantity for therapeutic purposes. Looking for a way to test for their presence in zebrafish, their go-to research model, they turned to the MYB gene, a marker of blood stem cells.

To spot the cells, Joseph Mandelbaum, a Ph.D. candidate in the lab, attached a green fluorescent tag to MYB, easily visible in transparent zebrafish embryos. "It was a real workhorse line for us," says Zon, who directs the Stem Cell Research Program at Boston Children's.

About five years ago, Zon was at a cancer meeting and serendipitously met Jeff Kaufman, who was also interested in MYB. Kaufman was excited to hear about Zon's fluorescing MYB zebrafish, which reproduce quickly, can be studied at scale and are surprisingly similar to humans genetically.

Kaufman had founded the Adenoid Cystic Carcinoma Research Foundation with his wife, Marnie, in 2005, after she felt a lump under her jawline and was diagnosed with the rare, often deadly malignancy.

"What we have learned over 12 to 13 years is that MYB is the main driver of ACC," Kaufman says. He asked Zon, "Do you think you could shut off the MYB gene by giving chemicals to your zebrafish?"

The team further validated retinoic acid's efficacy in human tumor cells. Since no one has been able to create a viable ACC cell line, the team turned to a human myeloid leukemia line, which also expresses MYB at high levels. Retinoic acid not only downregulated MYB but did so within just one hour.

They showed that retinoic acid (specifically, a preparation called ATRA) slowed tumor growth. "With the tumor, the gas pedal is all the way down," says Zon. "When you give retinoic acid, it takes the foot off the pedal."

Finally, the team worked out how retinoic acid works. In ACC, a chromosome rearrangement brings MYB adjacent to another gene, NFIB, which has an "enhancer" region.

The genes bind together and NFIB's enhancer causes MYB to get stuck "on," so more and more of the oncogene is made in the cell. But Zon's group found that when the cell's retinoic acid receptors are triggered by retinoic acid, they bind to the NFIB enhancer and shut down most MYB production.

"Len's work is incredibly exciting, because this is really the first drug that appears to directly target MYB, and we really have not had any drug that has effectively done that before," says Kaufman.

"Through our preclinical drug screening program and mouse models of ACC, we have screened over 100 anticancer agents, and we've very seldom seen a drug as active as retinoic acid."