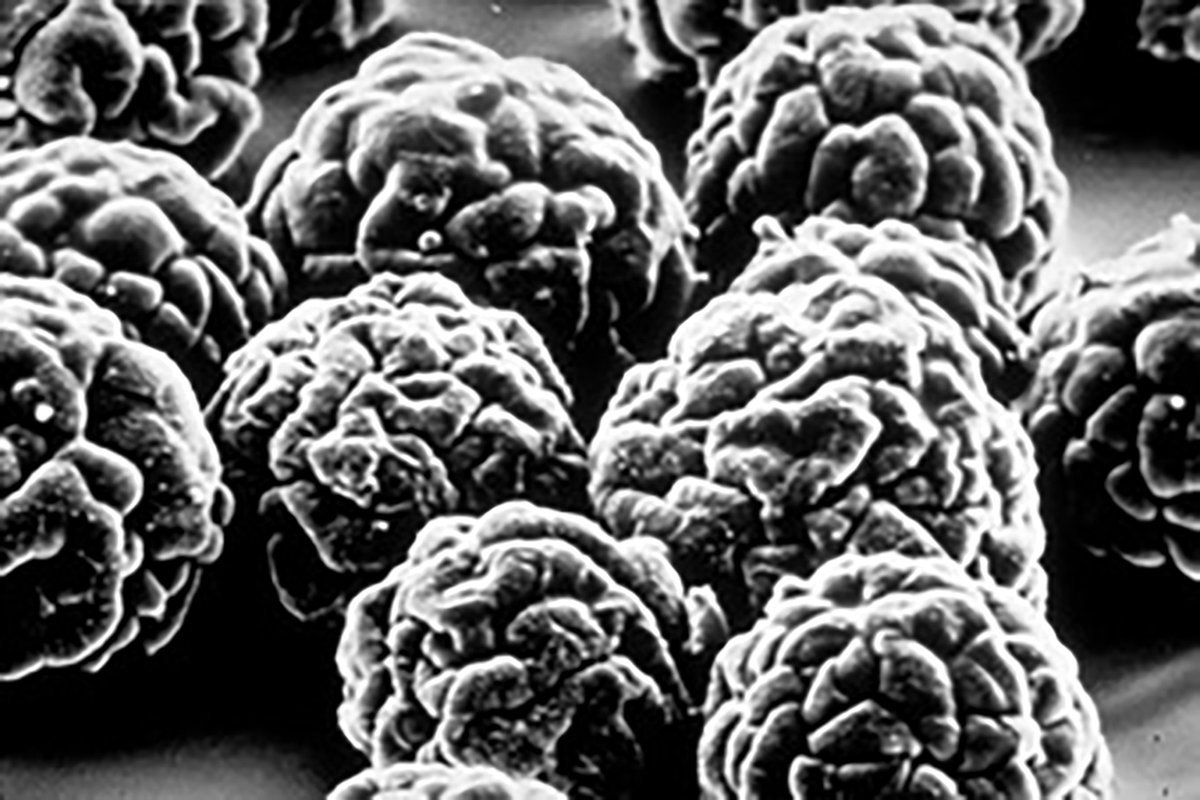 A new nanoparticle vaccine developed by MIT researchers could assist efforts to eradicate polio worldwide. The vaccine, which delivers multiple doses in just one injection, could make it easier to immunize children in remote regions of Pakistan and other countries where the disease is still found.

While the number of reported cases of polio dropped by 99% worldwide between 1988 and 2013, according to the Centers for Disease Control, the disease has not been completely eradicated, in part because of the difficulty in reaching children in remote areas to give them the two to four polio vaccine injections required to build up immunity.

"Having a one-shot vaccine that can elicit full protection could be very valuable in being able to achieve eradication," says Ana Jaklenec, a research scientist at MIT's Koch Institute for Integrative Cancer Research and one of the senior authors of the paper.

Robert Langer, the David H. Koch Institute Professor at MIT, is also a senior author of the study, which appears in the Proceedings of the National Academy of Sciences. Stephany Tzeng, a former MIT postdoc who is now a research associate at Johns Hopkins University School of Medicine, is the paper's lead author.

"We are very excited about the approaches and results in this paper, which I hope will someday lead to better vaccines for patients around the world," Langer says.

There are no drugs against poliovirus, and in about 1 percent of cases, it enters the nervous system, where it can cause paralysis. The first polio vaccine, also called the Salk vaccine, was developed in the 1950s.

The oral vaccine, which consists of a virus that has reduced virulence but is still viable, has been phased out in most countries because in very rare cases, it can mutate to a virulent form and cause infection. It is still used in some developing countries, however, because it is easier to administer the drops than to reach children for multiple injections of the Salk vaccine.

For polio eradication efforts to succeed, the oral vaccine must be completely phased out, to eliminate the chance of the virus reactivating in an immunized person. Several years ago, Langer's lab received funding from the Bill and Melinda Gates Foundation to try to develop an injectable vaccine that could be given just once but carry multiple doses.

"The goal is to ensure that everyone globally is immunized," Jaklenec says. "Children in some of these hard-to-reach developing world locations tend to not get the full series of shots necessary for protection."

To create a single-injection vaccine, the MIT team encapsulated the inactivated polio vaccine in a biodegradable polymer known as PLGA. This polymer can be designed to degrade after a certain period of time, allowing the researchers to control when the vaccine is released.

The researchers had to overcome one major obstacle that has stymied previous efforts to use PLGA for polio vaccine delivery: The polymer breaks down into byproducts called glycolic acid and lactic acid, and these acids can harm the virus so that it no longer provokes the right kind of antibody response.

In the PNAS study, the researchers designed particles that would deliver an initial burst at the time of injection, followed by a second release about 25 days later. They injected the particles into rats, then sent blood samples from the immunized rats to the Centers for Disease Control for testing.

Those studies revealed that the blood samples from rats immunized with the single-injection particle vaccine had an antibody response against poliovirus just as strong as, or stronger than, antibodies from rats that received two injections of Salk polio vaccine.