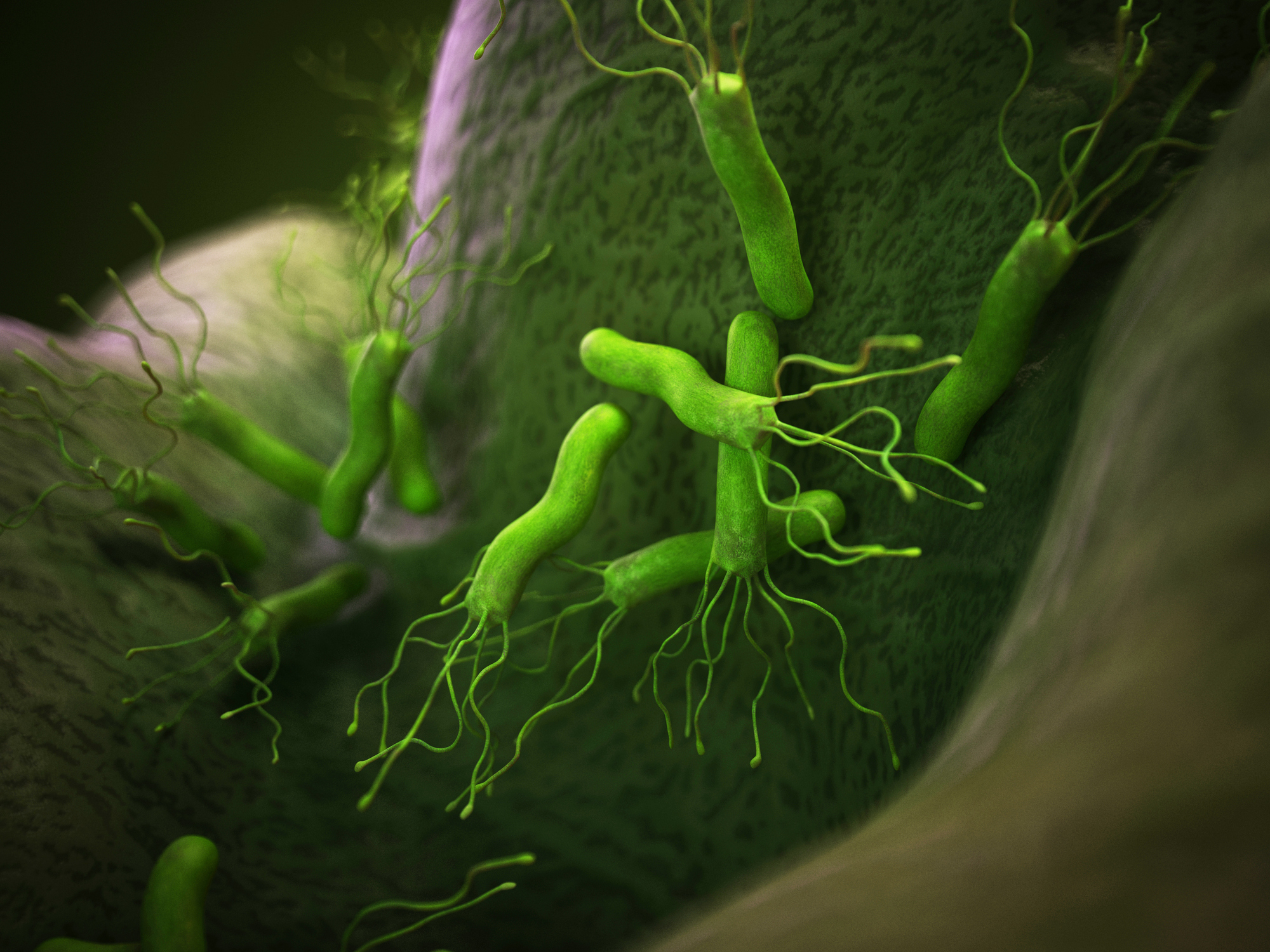 A new study published in the recent issue of Gastroenterology, shows a widespread bacterial pathogen called Helicobacter pylori that infect the lining of the stomach, where it can cause ulcers and even cancer. Helicobacter pylorus genetic variability complicates efforts to develop an effective vaccine.

One of the most prevalent infections in humans is due to bacterium Helicobacter pylori. The infection cause gastritis, peptic or duodenal ulcers and eventually stomach cancer. The most striking feature of Helicobacter is its genetic heterogeneity. Challenged by the acidic nature of its environment, its mutability allows it to continuously adapt to its surroundings. This allows the bacterium to establish a persistent infection, which if untreated, can be lifelong.

The researchers at Ludwig-Maximilians-Universitaet (LMU) in Munich showed this genetic variability evident in the chronic phase of the infection, actually becomes clear very early on. When compared to later phases of infection the mutation rate at this stage is comparable.

The main aim of the research work of Suerbaum and group is to focus on the role of genetic variability in mediating Helicobacter's ability to adapt and survive in human hosts. Little work had been done to assess the degree of bacterial heterogeneity in the period immediately after the initial infection, till now. This is simply because the infection normally diagnosed only after it has become chronic.

The bacterium's early evolution from the very beginning of the infection was tracked by Suerbaum and his colleagues, by working with samples obtained during the course of a clinical trial designed to assess the effects of a candidate vaccine which experimentally infected human volunteers. This enabled the researchers to monitor the changes that the H. pylori genome undergoes as the pathogen adapts to conditions on the surface of the gastric epithelium.

Suerbaum explained that "Our study shows that bacterium's mutation rate is very high from the very beginning. Mutations in genes for antigens present in the experimental vaccine can inhibit their production, effectively blunting the immune response. Other genetic changes trigger the synthesis and secretion of a number of bacterial virulence factors that later play a role in pathogenesis."

Currently, there is no effective vaccine against Helicobacter. Suerbaum said, "The pathogen's high level of genetic diversity poses a significant challenge for vaccine developers," and he adds, "The results of our study have definite implications for the choice of antigens that will be used as the basis for future vaccines."