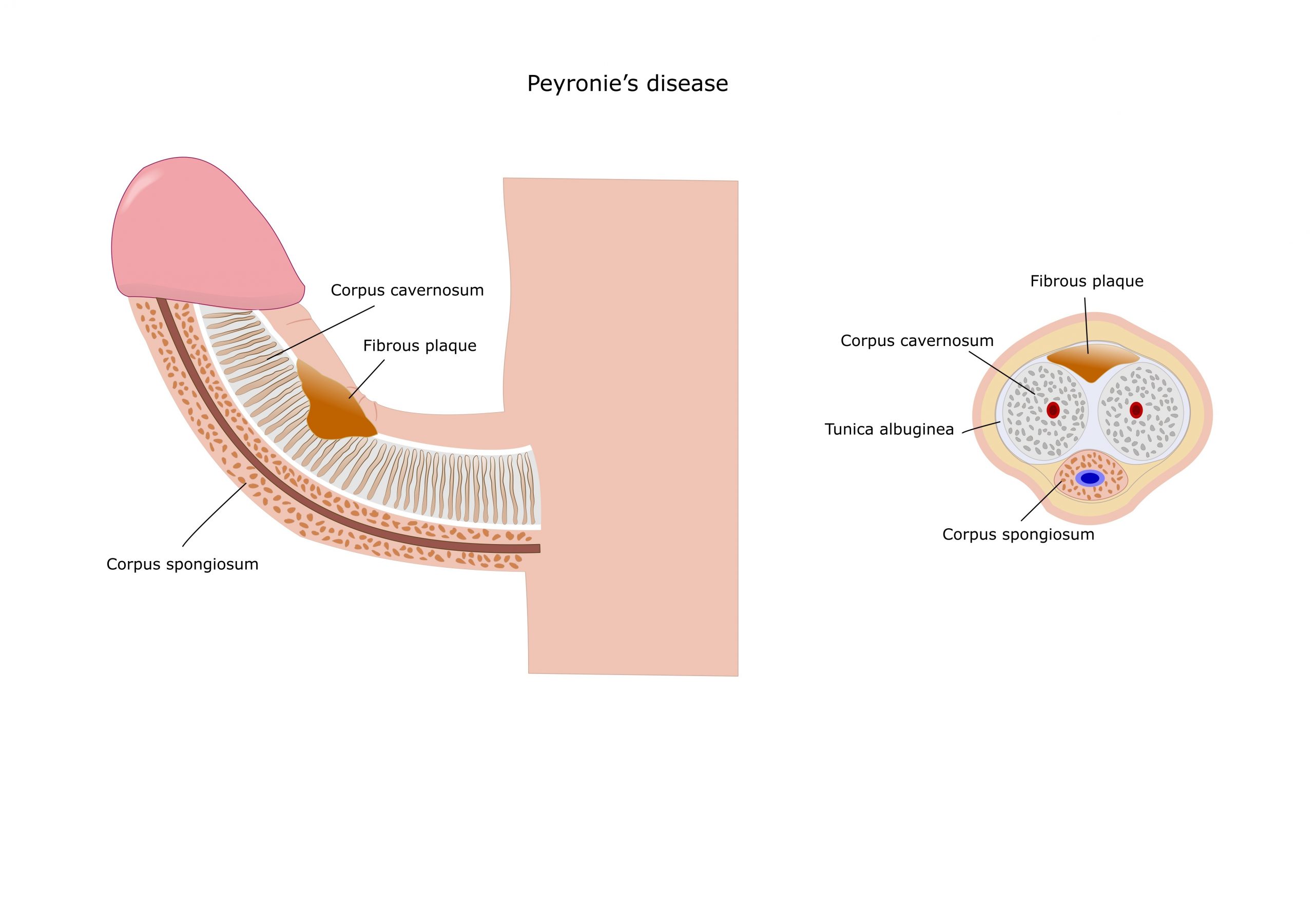 Men with Peyronie's disease (PD) are at increased risk of malignancy including cancer of the stomach and testis, suggesting they may need additional surveillance after diagnosis and treatment for PD, say researchers from Baylor College of Medicine in Houston.

Peyronie's disease is a connective tissue disorder estimated to affect about 10% of men. It's caused by scar tissue that develops under the skin of the penis, which causes an abnormal bend during erection and can cause problems during intercourse. The underlying cause is not well defined but is thought to be caused by trauma to the penis through intercourse or physical activity.

Dr. Alex Pastuszak and colleagues examined the risk of cancer in a large group of men with PD. Using the Truven Health MarketScan claims database, they identified 48,423 men with PD, nearly 1.2 million men with ED as a secondary internal control group, and 484,230 controls. On average, the men ages 48 to 50 and were followed for a little more than 4 years, with over 7 million total years of follow-up.

Men with ED were more apt to be obese, to smoke and to have hypertension, hyperlipidemia or diabetes than men with PD and controls. Compared with men with ED, men with PD had significantly increased risks of developing stomach cancer (HR 1.43), melanoma (HR 1.19) and testicular cancer (HR 1.39), as well as all cancer (HR 1.10). Dr. Pastuszak reported the findings at the American Society of Reproductive Medicine annual meeting.

At a pre-meeting press briefing, Dr. Pastuszak said, “Just taking this at face value, clinically, this could be interesting because nobody has ever made these associations, and this is effectively where the abstract we submitted to ASRM ends but we've now taken this and tried to translate it back to actual genetic data that do demonstrate increased risk in men with PD and Dupuytren's disease.”

“We deep-sequenced a father and son both with PD and Dupuytren's, and we found that this father and son had a set of genes that predispose them to both genitourinary or urologic cancers, and testis cancer is within that group, as well as stomach cancers,” Dr. Pastuszak told the briefing.

“When we dug even deeper and compared this data set against genes that were specifically flagged in the cancer genome atlas, we found a preponderance of either suppression of tumor suppressor genes or upregulation of oncogenes. We found mutations in this father and son couplet in these types of genes specifically in melanoma, testis and prostate cancer,” he noted.

“While we still need to validate some of these findings and translate them from the lab to the clinical population, these data do provide a strong link both clinically and at the genetic level between PD and Dupuytren's – these fibrosing conditions – and malignancies in men,” Dr. Pastuszak added.

“We think this is important because these conditions are largely taken for granted and while they are significant in the sexual and reproductive lifecycle of these patients, linking them to these other disorders suggests that these men should be monitored for development of these disorders,” he concluded.