Patients with Advanced Cancer May be Less Competent to Make Decisions 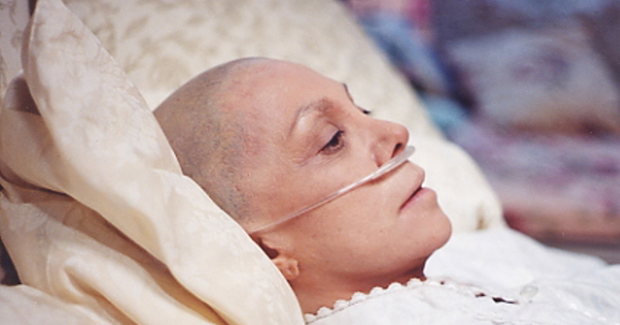 Patients with terminal cancer face difficult decisions. What treatment options support their goals? When is it reasonable to discontinue care? A study published in the American Journal of Geriatric Psychiatry shows that these patients may be less competent to make these decisions than their doctors think.

"I found patients who didn't know why they were in the hospital or had forgotten or weren't aware their cancer was so advanced. And I recognized these patients were still responsible for making big decisions," says Elissa Kolva, investigator at the University of Colorado Cancer Center.

She then compared scores of 55 advanced cancer patients with scores of 50 healthy adults. The MacCAT-T, which has been used in studies of Alzheimer's, Parkinson's and cognitive impairment, presents a hypothetical medical situation including treatment options and then asks participants to reason through their choice.

"There's been a real shift in the relationship between doctors and patients such that we now expect patients to be involved in their care – they're expected to be active agents and to share in the decision-making process," Kolva says.

Interestingly, the study went on to measure doctors' opinions of these same patients' capacity to make decisions. Despite high levels of impairment demonstrated by the MacCAT-T, physicians considered 64.1% of these patients unimpaired, 33.9% moderately impaired and only one participant (1.8%) severely impaired.

Often it becomes important to understand a patient's capacity when a patient expresses treatment preferences that contradict physicians' recommendations, or when preferences show a dramatic shift from previous preferences, for example when a patient who had expressed the desire for aggressive treatment chooses to discontinue care.

"When we think about decision-making, we try to separate our idea of the 'best' decision from making a 'competent' decision. It's not about what a patient decides but how they decide it. We want to allow patients to make decisions that we don't necessarily agree with, as long as they have the capacity to do so," Kolva says.

"It comes down to a provider's responsibility to respect patient autonomy while working to ensure patients are making decisions that are in line with their goals. It's one of those tough things where there is kind of an art to it." Kolva suggests that providers could increase their awareness of the four legal standards used to assess capacity, namely Choice, Understanding, Appreciation, and Reasoning.