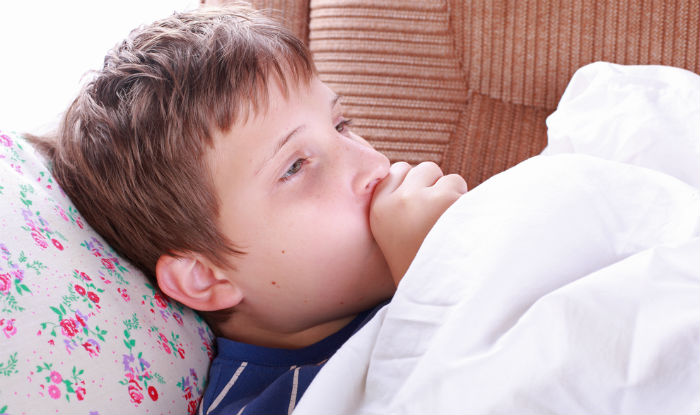 Children who take paracetamol during their first two years of life may be at a higher risk of developing asthma by the age of 18, especially if they have a particular genetic makeup, according to new research presented at the European Respiratory Society International Congress Monday

Ms. Xin (Daisy) Dai told the meeting that the link between paracetamol use and asthma seemed strongest in those who had a particular variant of the glutathione S-transferase (GST) gene, GSTP1.

However, she warned that the research showed only that there was an association between paracetamol and asthma, not that paracetamol caused the condition; further research was needed to confirm her findings and fully understand the link. She also found that another GST gene variant, GSTM1, was linked with reduced lung function.

GST genes contain the instructions for making enzymes that use an antioxidant called glutathione to mop up the effects of exposure to toxins in the body and the lungs.

This mechanism helps to prevent damage to cells and inflammation. "Paracetamol, on the other hand, consumes glutathione, reducing the body's capacity to deal with toxic exposure," explained Ms. Dai. "We hypothesized that people who did not have full GST enzyme activity because of common genetic variations or deletions may be more susceptible to adverse effects on the lungs from paracetamol use."

Ms. Dai, who is a nurse and Ph.D. candidate at the Allergy and Lung Health Unit at the University of Melbourne, Australia, and her colleagues investigated their hypothesis in 620 children who had been followed from birth to 18 years old as part of the Melbourne Atopy Cohort Study.

The children had been recruited to the study before they were born because they were considered to be potentially at high risk of developing an allergy-related disease. They had at least one family member (mother, father or sibling) with a self-reported allergic disease (asthma, eczema, hay fever or a severe food allergy).

After their birth, a research nurse rang the family every four weeks for the first 15 months, and then at 18 months and at two years old to ask how many days in the previous weeks had the child taken paracetamol.

When the children were 18 years old, they gave a blood or saliva sample, which was tested for variants of the GST genes: GSTT1, GSTM1, and GSTP1. They were also assessed for asthma, and a spirometry test was performed to measure the amount of air inhaled and exhaled when breathing through a mouthpiece.

One variant of the GSTP1 gene, GSTP1 Ile/Ile (in which the amino acid Isoleucine (Ile) is inherited from both parents), was associated with a higher risk of developing asthma.

"We also found effects in children who had a variant of GSTM1 in which one part is not functioning. In these children increasing paracetamol use was associated with the small, but significant reduction in the amount of air they could forcibly breathe out in one second at 18 years."

She concluded: "Our findings provide more evidence that paracetamol use in infancy may have an adverse effect on respiratory health for children with particular genetic profiles and could be a possible cause of asthma. However, these findings would need to be confirmed by other studies and the degree of adverse effect better understood before this evidence could be used to influence practice and before guidelines on paracetamol use are altered.

"There is mounting evidence that the GST superfamily of genes, including three major classes –GSTM1, GSTT, and GSTP1—are associated with various diseases, including cancers, asthma, atherosclerosis, allergies, Alzheimer's and Parkinson's disease. Our study adds to this body of evidence."

Professor Guy Brusselle, from Ghent University, Belgium, is Chair of the European Respiratory Society Science Council and was not involved in the study. He said: "As we learn more about the genes involved in asthma, and how they interact with the environment and the medicines we use, we hope to learn more about what is best for individual patients."

This study suggests that some people with particular variants of the GST genes may be more susceptible to adverse effects on their lungs from paracetamol use in infancy. This is intriguing and needs to be investigated further.

"Importantly, the observed association between paracetamol use in infancy and the increased risk of asthma in adolescents, especially in subjects with dysfunctional GST genetic variants, does not provide proof of a causal relationship. Indeed, the association could be due to confounding factors, such as lower respiratory tract infections caused by viruses in infancy, which are treated with paracetamol and have been linked to asthma."