Painless Micro-needles: Looking to Mosquitos for Its Development 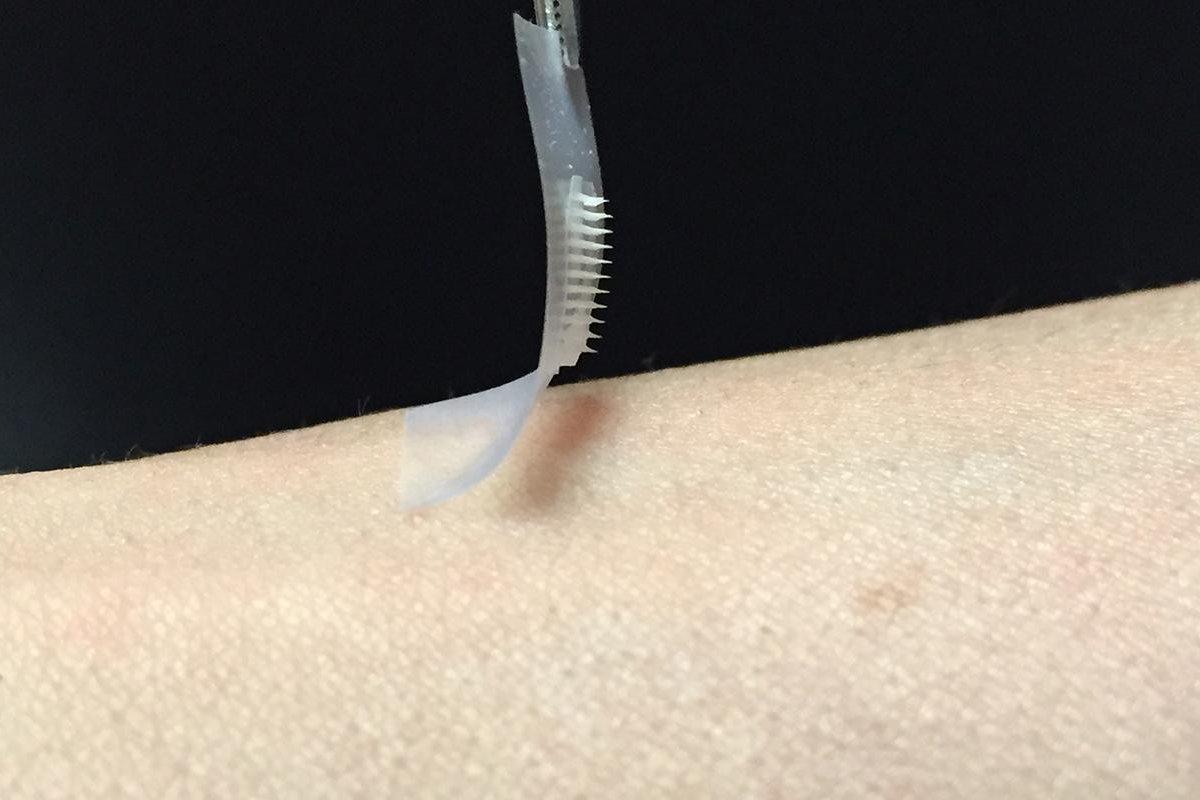 A mosquito can insert a needle-like probe into your skin and draw blood for several minutes without you even noticing. The research is published online in the Journal of the Mechanical Behavior of Biomedical Materials.

Researchers at The Ohio State University believe we can learn from nature's design of the mosquito to create a painless microneedle for medical purposes.

"Mosquitoes must be doing something right if they can pierce our skin and draw blood without causing pain," said Bharat Bhushan, Ohio Eminent Scholar and Howard D. Winbigler Professor of mechanical engineering at Ohio State.

In a recently published paper, Bhushan et al. reported on their detailed analysis of the mosquito's proboscis—the part that feeds on us. They identified four keys to how the insects pierce us without pain: use of a numbing agent; a serrated design to the "needle"; vibration during the piercing; and a combination of soft and hard parts on the proboscis.

"We can incorporate all of these elements into a microneedle design," Bhushan said. "Right now, needles are very simple. There hasn't been much innovation and we think there's a way to try something different."

For this study, the researchers extensively reviewed work already done by entomologists about mosquitoes, but with a particular focus. "We used our engineering background to characterize the parts of the mosquito to figure out how they may contribute to painless piercing," he said.

In addition, the researchers analyzed the outer cover of the proboscis, called the labrum, on female Aedes vexan mosquitoes, which is the most common mosquito in North America.

They used a technique called nanoindentation to probe how hard and stiff the tip of the labrum was in seven different places. They found that the labrum was softest near the tip and edges and became stiffer and harder farther in and up the labrum.

"This is important because a softer and more compliant tip may cause less pain when it pierces the skin because it deforms the skinless," Bhushan said. That was one of the four keys to painless piercing, according to the researchers. They identified the other three through their analysis of existing studies.

Another key is the fact that the part of the proboscis that actually draws blood—called the fascicle—has a serrated design, like a saw. That may sound painful, but it is helpful because it makes for easier insertion. The fascicle also vibrates as it is inserted, which also helps lessen the force needed to pierce skin.

Other research has shown that mosquitoes use an insertion force that is three times lower than the lowest reported insertion force for an artificial needle, which could be the result of the vibration and serrated design, Bhushan said.

The final key to pain-free piercing is the mosquito's use of a numbing agent. Once the proboscis is inserted, the insect releases saliva, which contains a protein that lessens pain.

Based on these findings, Bhushan envisions a microneedle with two needles inside. One would immediately inject a numbing agent. The second needle would draw the blood or inject the drug. This second needle, like the fascicle of the mosquito, would have a serrated design and be most flexible and softer at the tip and sides. It would also vibrate as it is inserted.

Bhushan said that a microneedle like this would be more expensive than a traditional needle and probably could not be used for such needs as pumping intravenous fluids or drawing a large amount of blood. But it could be useful for children or adults who are particularly phobic about the use of needles.

"We have the materials and knowledge to create a microneedle like this," Bhushan said. "The next step is to find the funding support to create and test such a device."