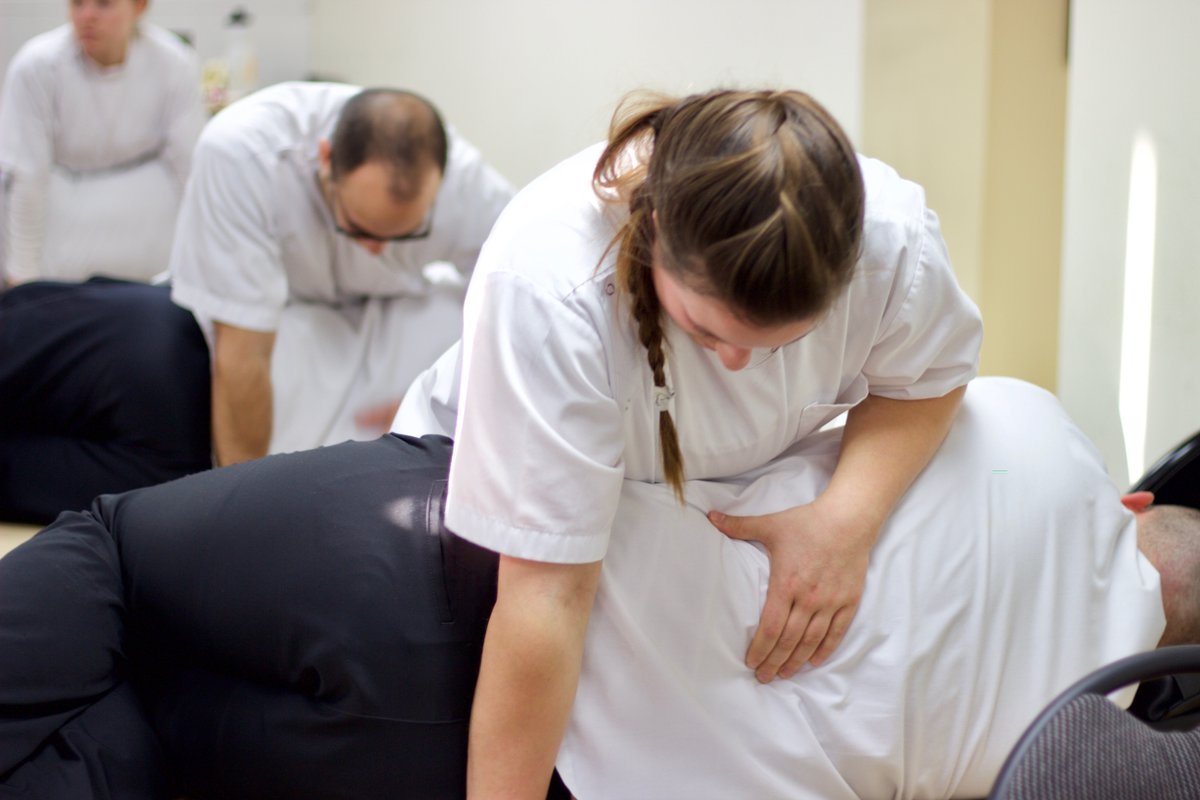 The research was chosen as one of the three best of the International Osteopathy Congress 2018, which took place in Madrid in early June, and its results have been published recently in the journal Archives of Physical Medicine and Rehabilitation, which is among the most prestigious in its field.

According to recent studies, 69% of the Spanish population said to be suffering or have suffered chronic lower back pain for a period of over three years, which makes lumbago the most common cause that forces Spaniards to take time off work, and the main cause of disability in under-45s.

The study developed by the Physical Therapy and Medicine researchers of the UCH CEU compared the effectiveness of both types of treatments with osteopathic manual therapy, with and without affecting the diaphragm, performing them on a total 66 people who suffer chronic non-specific low back pain.

The patients were divided into two groups and received five sessions a week of one treatment or the other, for four weeks. Participating patients were evaluated both right after the treatments, and twelve weeks later.

The results revealed significant improvement among both groups of patients for the different variables measured in the study: pain, disability, fear, pain avoidance, anxiety levels and depression or chronic pain catastrophising. However, the most significant improvement came from the group whose low back pain therapy included techniques that affected the diaphragm.

Further improvement in treating the diaphragm

As the researchers and authors of the study highlight, "the difference among both groups reached the clinically significant minimum difference level in the follow-up of patients after three months."

"Therefore, our results suggest that the addition of intervention specifically aimed at the diaphragm muscle within a protocol of osteopathic manual therapy adds clinically relevant benefits compared to the isolated application of the protocol, which is already effective by itself in patients with chronic non-specific low back pain."