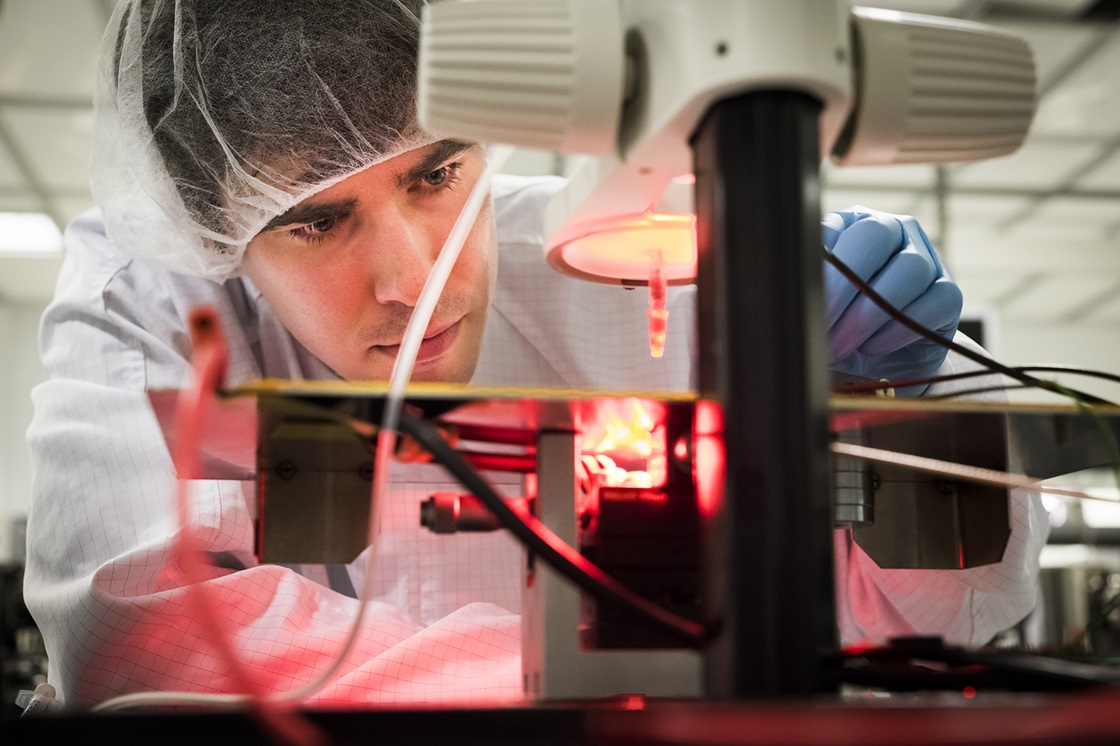 Fabricated using cheap and widely available organic pigments used in printing inks and cosmetics, it consists of tiny pixels like a digital camera sensor on a nanometric scale. The researchers hope that it can restore sight to blind people

The research group has chosen to focus on artificial retinas that may in the future restore sight to blind people. The Swedish team, specializing in nanomaterials and electronic devices, worked together with researchers in Israel, Italy, and Austria to optimize the technology.

Experiments in vision restoration were carried out by the group of Yael Hanein at Tel Aviv University in Israel. Yael Hanein's group is a world-leader in the interface between electronics and the nervous system. The results have recently been published in the prestigious scientific journal Advanced Materials.

The retina consists of several thin layers of cells. Light-sensitive neurons in the back of the eye convert incident light to electric signals, while other cells process the nerve impulses and transmit them onward along the optic nerve to an area of the brain known as the visual cortex.

An artificial retina may be surgically implanted into the eye if a person's sight has been lost as a consequence of the light-sensitive cells becoming degraded, thus failing to convert light into electric pulses.

The artificial retina consists of a thin circular film of photoactive material and is similar to an individual pixel in a digital camera sensor. Each pixel is truly microscopic—it is about 100 times thinner than a single cell and has a diameter smaller than the diameter of a human hair.

It consists of a pigment of semiconducting nanocrystals. Such pigments are cheap and nontoxic and are commonly used in commercial cosmetics and tattooing ink.

"We have optimized the photoactive film for near-infrared light, since biological tissues, such as bone, blood, and skin, are most transparent at these wavelengths. This raises the possibility of other applications in humans in the future," says Eric Glowacki.

He describes the artificial retina as a microscopic doughnut, with the crystal-containing pigment in the middle and a tiny metal ring around it. It acts without any external connectors, and the nerve cells are activated without a delay.

"The response time must be short if we are to gain control of the stimulation of nerve cells," says David Rand, the postdoctoral researcher at Tel Aviv University. "Here, the nerve cells are activated directly. We have shown that our device can be used to stimulate not only neurons in the brain but also neurons in non-functioning retinas."