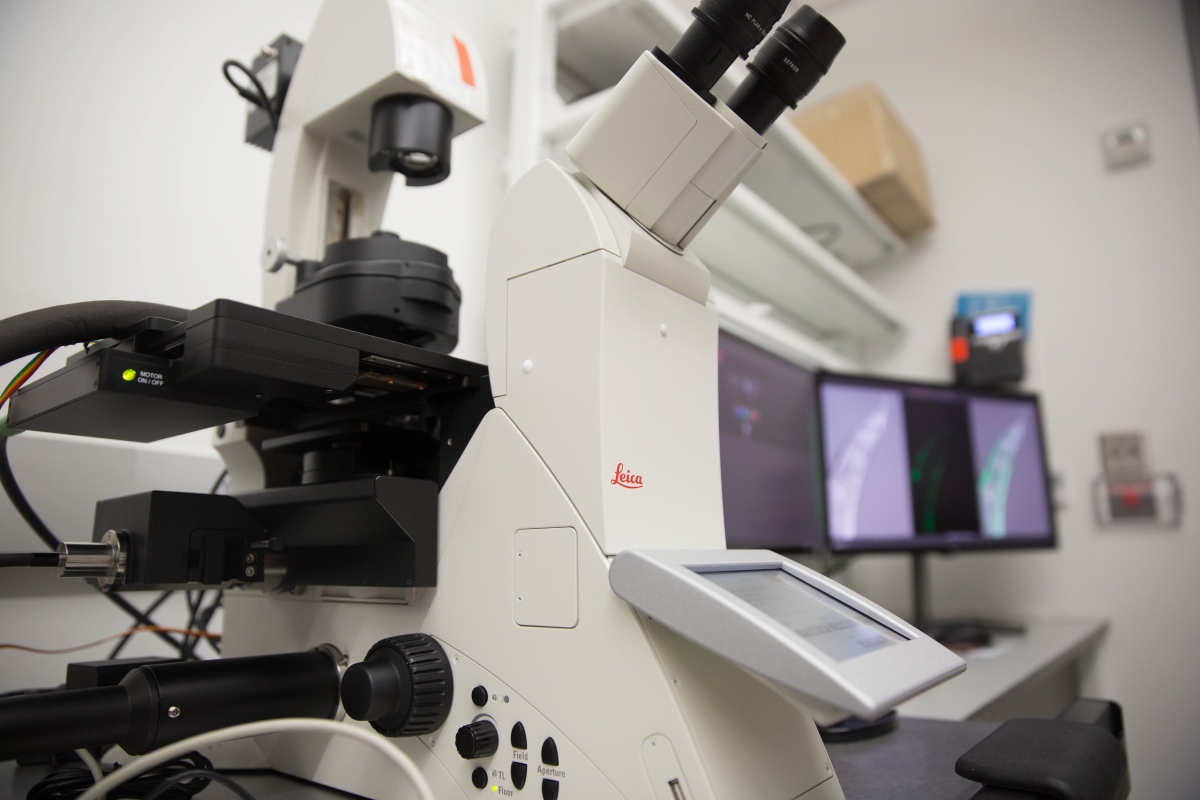 Researchers have developed a novel method for optical microscopy. Using biological motors and single quantum dots, they acquire ultra-high-resolution images. The resolution of conventional optical microscopy is limited by the fundamental physical principle of diffraction to about one half of the wavelength of the light: If the distance between two objects is smaller than this so-called "diffraction limit," they can no longer be visually separated their image appears "blurred ."

To acquire optical images at the scale of few nanometers, this is clearly not sufficient. The study was published in the journal Nature Nanotechnology. In a new study, physicists from the Julius-Maximilians-Universität Würzburg (JMU) and the Technische Universität Dresden now show that it is possible to measure these near-fields with significantly less effort. They used a biomolecular transport system to slide many extremely small optical nano-probes over a surface.

For this reason, scientists worldwide have developed elaborate concepts in the past to circumvent the diffraction limit and thus to increase the resolution. However, the technical effort needed to do so is considerable and usually highly specialized microscope assemblies are required. In particular, the investigation of near optical fields still represents a great challenge, because they are so strongly localized that they cannot send waves to a distant detector.

"As probes, we used so-called quantum dots small fluorescent particles a few nanometers in size," says Professor Bert Hecht, describing the physicists' approach.  So-called motor proteins and microtubules make the quantum dots pass over the object to be examined. "These two elements are among the fundamental components of an intracellular transport system," explains Diez.

"Microtubules are tubular protein complexes, up to several tenths of millimeters long, that form a major network of transport routes inside cells. Motor proteins run along these routes, transporting intracellular loads from one place to another," says the scientist.

Since a single quantum dot would take a very long time to scan a large surface area, the researchers used large amounts of quantum dots and motor proteins which move at the same time and thus scan a large area in a short time. "Using this principle, we can measure local light fields over a large area with a resolution of fewer than five nanometers using a setup that resembles a classical optical microscope," explains the physicist. By comparison, one nanometer equals one-millionth of a millimeter.

Another nice feature of this novel approach is that due to its length and strength a microtubule moves in an extremely straight and predictable fashion across the motor-coated sample surface. This makes it possible to determine the position of the quantum dots ten times more accurately than with previously established high-resolution microscopy methods.

Furthermore, disturbances caused by artifacts due to near-field coupling can be excluded. Since the transport system consists of only a few molecules, its influence on the optical near-fields is negligible.

The researchers hope to use their idea to establish a new technology in the field of surface microscopy. This type of microscopy can demonstrate its strengths, especially in the optical inspection of nanostructured surfaces. In a next step, they now want to use this molecular transport system to couple quantum dots to specially prepared optical near-field resonators to study their interaction.