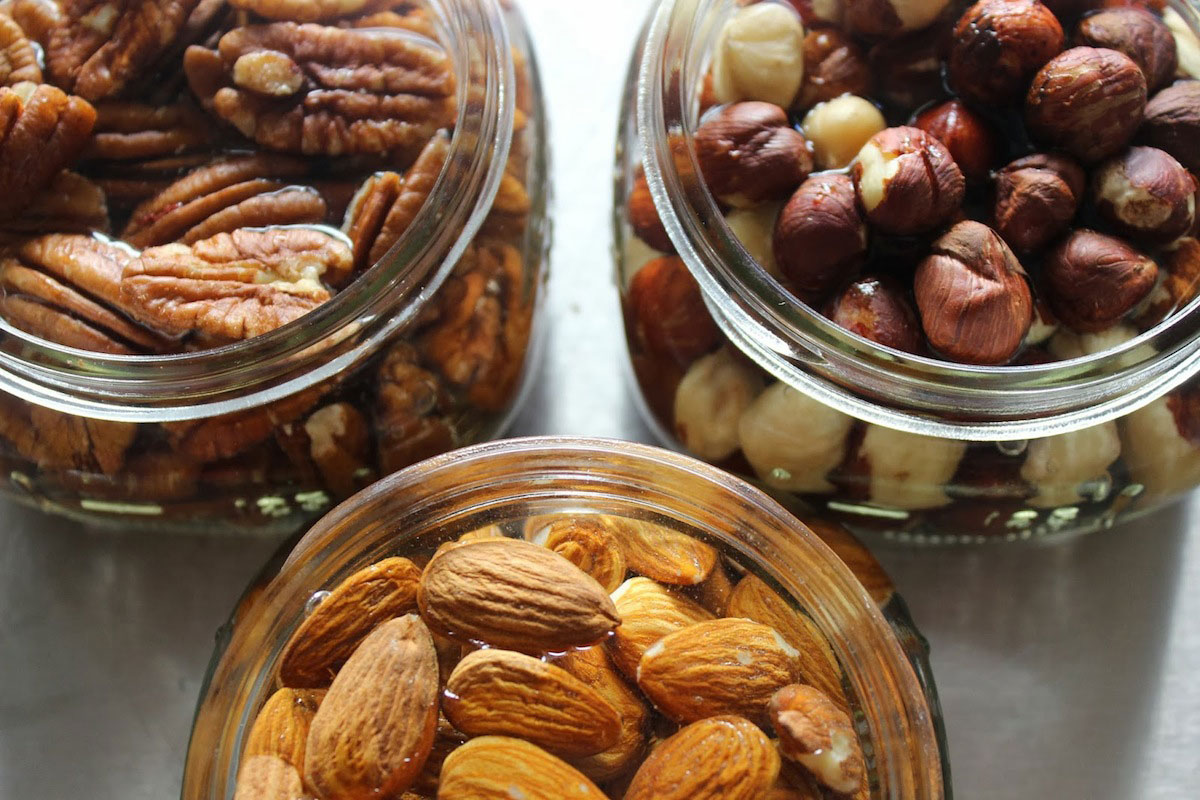 A new study has shown that including nuts in the daily diet could significantly improve the quality as well as the function of the human sperm. Nuts are part of the Mediterranean diet that is considered to be the healthy for the heart and other organs.

The study titled, “Effect of nut consumption on semen quality and functionality in healthy males: a randomized controlled trial,” is being presented at the 34th annual meeting of the European Society of Human Reproduction and Embryology (ESHRE) in Barcelona by Dr Albert Salas-Huetos from the Human Nutrition Unit of the Universitat Rovira i Virgil in Reus, Spain.

The investigators conclude from the study that there is a “beneficial role for chronic nut consumption in sperm quality” and nuts should be a part of male dietary recommendations.

This was a randomized trial where sperm parameters were measured in the study participants over a 14-week study. The researchers write that there has been a decline in male sperm quality of late attributed to “pollution, smoking, and trends toward a western-style diet.” They undertook the study to look at a diet including nuts and the benefits it could provide.

Effect of nuts on the male fertility

The 119 participants of the study were young and healthy men aged between 18 and 35. They were randomly divided into two groups. One of the groups was given a usual western style diet along with 60 grams per day of mixed nuts (almonds, hazelnuts and walnuts) and the other group ate regular western style diet without the nuts.

Results revealed that the men who ate the nuts in their diet had improved sperm count (improved by 16%), motility (by 6%), shape or morphology (by 1%), vitality (by 4%) as well as reduced DNA fragmentation.

According to Salas-Huetos, these factors are all associated with male fertility. Reduction in DNA fragmentation was the main reason why the other parameters also improved he said.

The nutrients in nuts including omega-3 fatty acids, folic acid, antioxidants (Vitamin C, E, Zinc, and Selenium), etc. are all thought to be responsible for these improvements.

According to Salas-Huetos one of the limitations of the study was the inclusion of healthy males with normal fertility. Thus the trial needs to be performed on a larger group of males with impaired fertility to be sure of the beneficial effects of nuts, he explained. What is do-able, he said, was to include nuts in the regular diet for general health benefits.

According to the World Health Organization (WHO), normal sperm concentration for male fertility is greater than 15 million per milliliter with progressive motility of 32% or higher, the vitality of 58% and normal morphology of 4% or more. This study was funded by the International Nut and Dried Food Council. It is soon to be published in the American Journal of Clinical Nutrition.