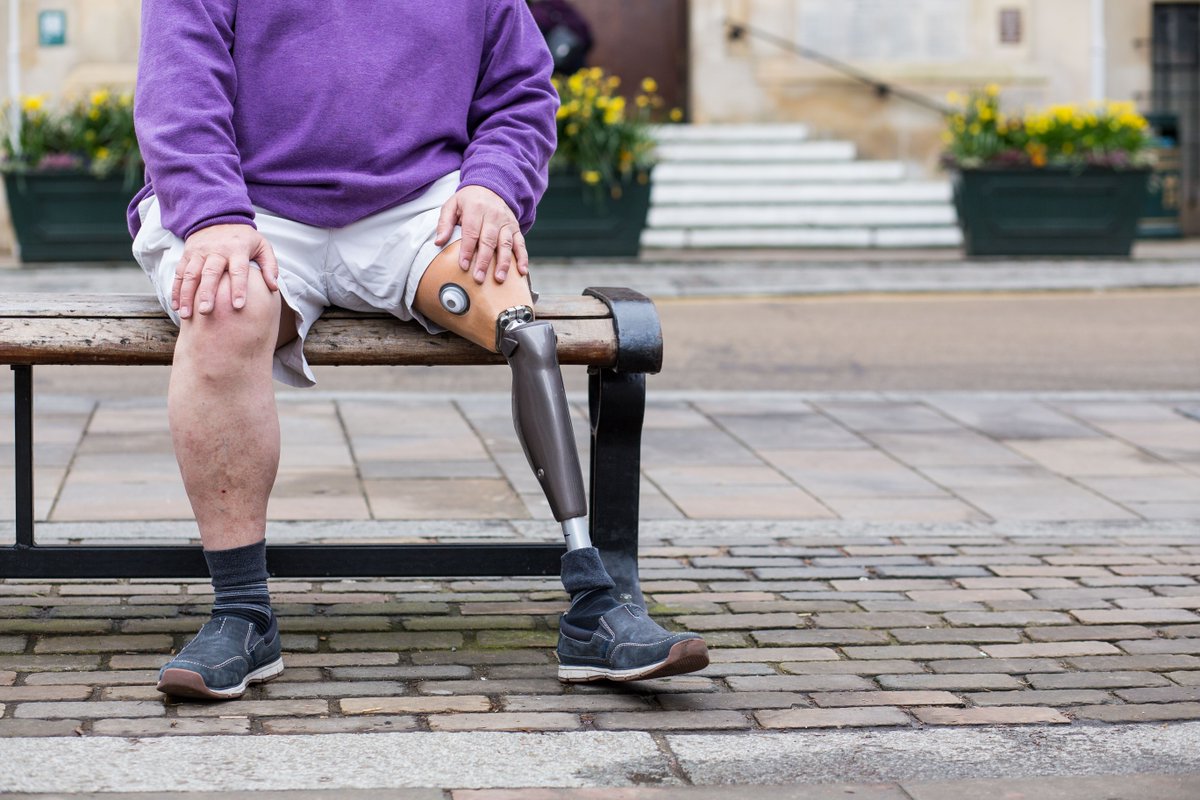 Humans can accurately sense the position, speed, and torque of their limbs, even with their eyes shut. This sense, known as the proprioception, allows humans to control their body movements precisely.

Despite significant improvements to prosthetic devices in recent years, researchers have been unable to provide this essential sensation to people with artificial limbs, limiting their ability to control their movements accurately.

This new paradigm, known as the agonist-antagonist myoneural interface (AMI), involves a novel surgical approach to limb amputation in which dynamic muscle relationships are preserved within the amputated limb. The AMI was validated in extensive pre-clinical experimentation at MIT, before its first surgical implementation in a human patient at Brigham and Women's Faulkner Hospital.

In a paper published today in Science Translational Medicine, the researchers describe the first human implementation of the agonist-antagonist myoneural interface (AMI), in a person with below-knee amputation.

The paper represents the first time information on the joint position, speed and torque have been fed from a prosthetic limb into the nervous system, according to senior author and project director Hugh Herr, a professor of media arts and sciences at the MIT Media Lab. "Our goal is to close the loop between the peripheral nervous system's muscles and nerves, and the bionic appendage," said Herr.

To do this, the researchers used the same biological sensors that create the body's natural proprioceptive sensations. The AMI consists of two opposing muscle-tendons, known as an agonist and an antagonist, which are surgically connected in series so that when one muscle contracts and shortens upon either volitional or electrical activation – the other stretches, and vice versa.

This coupled movement enables natural biological sensors within the muscle-tendon to transmit electrical signals to the central nervous system, communicating muscle length, speed and force information, which is interpreted by the brain as natural joint proprioception.

This is how muscle-tendon proprioception works naturally in human joints, Herr says. "Because the muscles have a natural nerve supply when this agonist-antagonist muscle movement occurs information is sent through the nerve to the brain, enabling the person to feel those muscles moving, both their position, speed and load," he said.

"We knew that for us to validate the success of this new approach to amputation, we would need to couple the procedure with a novel prosthesis that could take advantage of the additional capabilities of this new type of residual limb," Carty said.

"Collaboration was critical, as the design of the procedure informed the design of the robotic limb, and vice versa," Carty said. Towards this end, an advanced prosthetic limb was built at MIT and electrically linked to the patient's peripheral nervous system using electrodes placed over each AMI muscle following the amputation surgery.