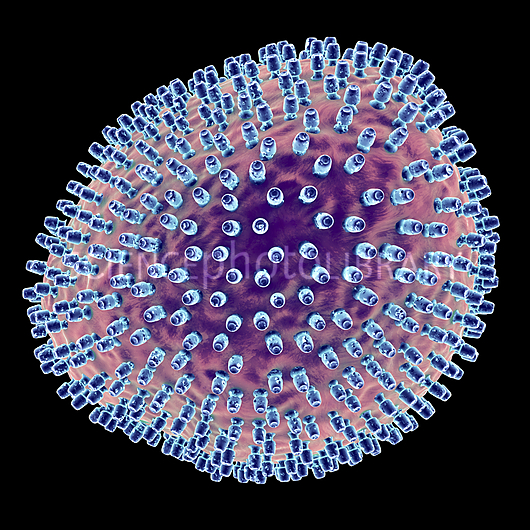 The L-segment encodes an RNA-dependent RNA polymerase and a small RING finger protein (Z) that functions as a matrix protein. The GPC is cleaved into 2 subunits, GP1 and GP2, and forms a mature complex.

Humans can be infected with LCMV through exposure to rodent faeces. LCMV also can be transmitted via solid organ transplantation and causes fatal infections in immunosuppressed recipients. In addition, LCMV infection during pregnancy can result in abortion and cause congenital defects in infants infected in utero. Therefore, a vaccine to protect humans against arenavirus-associated VHF and LCMV infection is needed.

Lymphocytic choriomeningitis virus (LCMV) causes infections that are often asymptomatic but can be fatal in immunocompromized persons. In addition, LCMV infection during pregnancy can cause spontaneous abortion or severe birth defects. Humans are exposed to LCMV by direct or indirect contact with wild or pet rodents such as mice, hamsters, and guinea pigs.

There is no vaccine against LCMV infection. Because of the importance of cellular immunity, inactivated vaccines are not considered effective for protection against LCMV infection. In contrast, protection against rabies, one of the most lethal zoonotic diseases, depends primarily on humoral immunity. In this study, we have developed a RVΔP-LCMV/GPC that cannot multiply but expresses LCMV and rabies antigens in the inoculated mice.

Hence, researchers expected that both humoral and cellular immunity would be induced. Most of the mice (88.2%) inoculated with RVΔP-LCMV/GPC survived after an LCMV challenge, whereas only 7.7% of the empty vector inoculated mice survived.

Simultaneously, RVΔP-LCMV/GPC induced strong humoral immunity against rabies virus. In conclusion, this study indicates that RVΔP-LCMV/GPC may be useful as a bivalent vaccine against LCMV and RV.