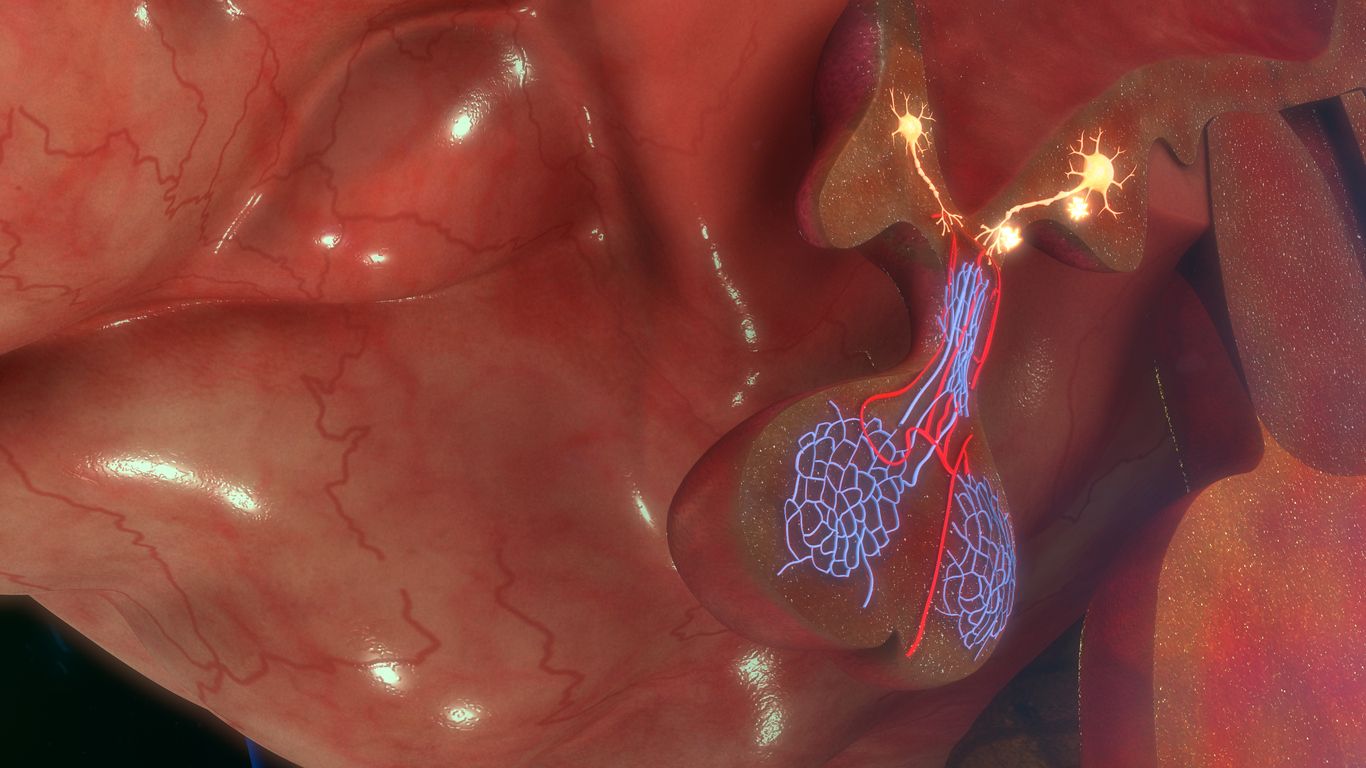 In a study published in Nature Communications, the researchers at Liège University and Saarland University, have made a major advancement in our understanding of how the brain controls sex. A subset of neurons in the hypothalamus, drive both attractions to the opposite sex and sexual behavior by two independent mechanisms.

Using female mice as a model, the research team led by Professor Julie Bakker at Liège University (Belgium) and Professor Ulrich Boehm at Saarland University (Germany), found that a hormone in the brain, (appropriately) called kisspeptin, drives both attractions to the opposite sex and sexual behavior.

They discovered that pheromones secreted by the male mouse activate these neurons which, in turn, transmit this signal to another population of neurons (gonadotropin-releasing hormone neurons) to drive attraction to the opposite sex. In parallel, they also transmit this signal to cells that produce the neurotransmitter nitric oxide to trigger sexual behavior.

"This work has provided new insight into how the brain decodes signals from the outside world and then translates these environmental cues into behavior. In many animals, sexual behavior is timed to occur with ovulation to ensure the highest possible chance of fertilization and therefore, continuation of the species," said Ulrich Boehm, Professor of Experimental and Clinical Pharmacology and Toxicology of Saarland University.

"Until now, little was known about how the brain ties together ovulation, attraction, and sex. Now we know that a single molecule – kisspeptin– controls all of these aspects through different brain circuits running in parallel with one another", said Professor Boehm.

Taken together, these findings show that puberty, fertility, attraction and sex are all controlled by a single molecule; kisspeptin. This work opens up new and exciting possibilities for the treatment of patients with psychosexual disorders such as hyposexual desire disorder.

"There are currently no good treatments available for women suffering from low sexual desire. The discovery that kisspeptin controls both attraction and sexual desire opens up exciting new possibilities for the development of treatments for low sexual desire", explained Professor Julie Bakker, who is leading the Laboratory of Neuroendocrinology at Liège University.