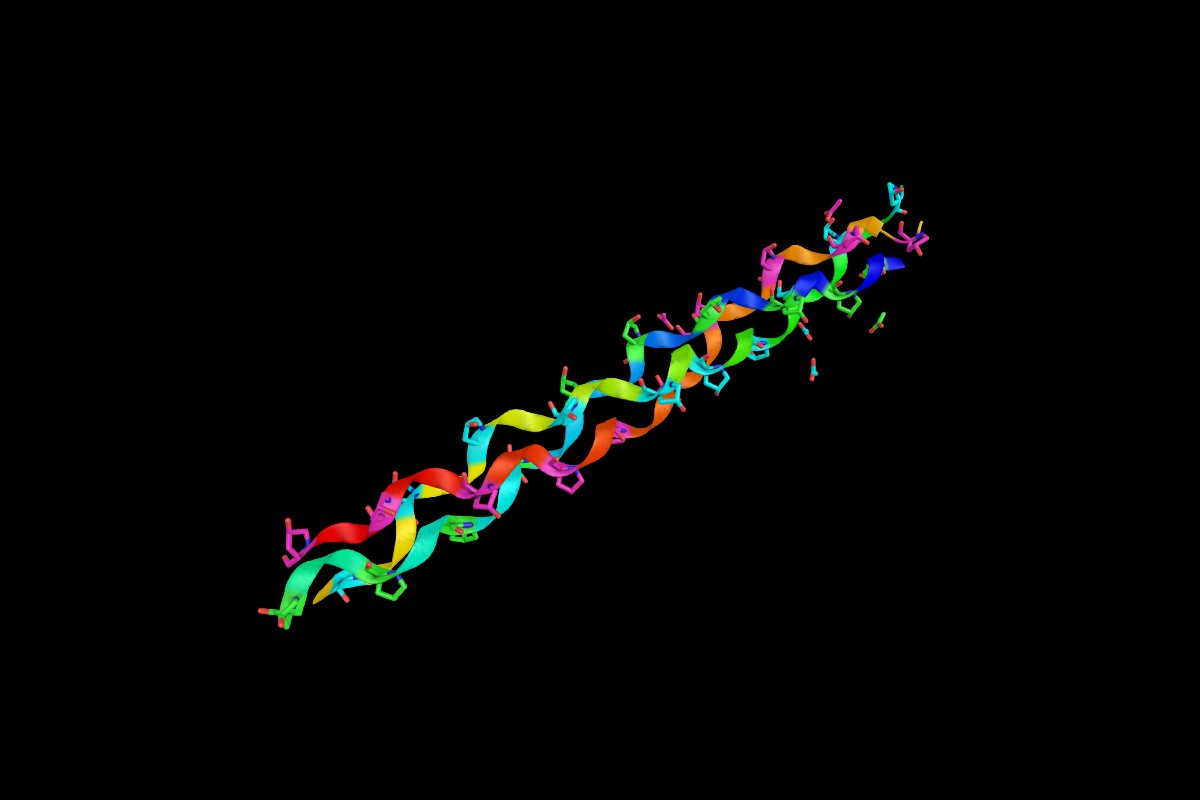 The researcher has developed a new protein, which is important for the genetic stability of our cells. It may be significant for the development of new drugs against genetically determined diseases like cancer, sterility, and premature aging. All of our cells contain genetic material, DNA, which controls the activity of the cells. If the genetic material is damaged, cancer cells may develop. Therefore, many proteins and enzymes are responsible for stabilizing and protecting our DNA against permanent damage and mutations.

Researchers have discovered and characterized a new protein called ZUFSP. There is much indication that the protein plays a key role in ensuring that our genetic material remains stable. 'The protein ZUFSP had not been characterized before but appeared to contain certain sequences often found in proteins involved in and referred to as DNA damage response. Also, there is much indication that ZUFSP plays the main role in helping the cells maintain genetic stability. If we remove ZUFSP, the cells become genetically unstable.

Genetic stability plays the main role in various aspects of human health. Though the most obvious example of a disease caused by genetic instability is cancer, it also plays a role in neurodegeneration, immunodeficiency, sterility and too early aging, among others.

The body's DNA damage response makes sure that damages to the DNA are repaired correctly. It acts as an alarm system that responds every time damage or change occurs to the DNA. Among other things, the damage response sends specific molecules with various functions out to the DNA damage. One of these molecules is called ubiquitin. They are connected in chains and can act as a directory signal for the proteins responsible for repairing the damage, but they can also stop cell growth until the damage or error has been repaired.

The researchers still do not know exactly why it is important for ZUFSP to remove the ubiquitin chains from the area around DNA damages. It is their impression, though, that balance plays a main role in repairing DNA damages. In case of an imbalance between the proteins that attach the chains and the ones that remove them again, the proteins do not perform the repair as well as when they are in balance.

When the researchers first discovered the uncharacterized ZUFSP, they observed that it to a large extent behaved like other proteins involved in DNA repair. A lot of these proteins accumulate physically around DNA damages. This is also the case for ZUFSP.

When they examine whether a protein like ZUFSP plays a role in DNA damage response. It glows green under the microscope. If we then induce DNA damage to a cell, we can see that ZUFSP, now glowing green, physically moves towards the DNA damage.

ZUFSP's movement towards DNA damage suggests that the protein, in addition to removing ubiquitin chains, also in a wide sense plays a role in DNA damage response. So far the researchers do not know exactly what that role is.

Precisely with regard to disease, ZUFSP and other DUBs may come to make a huge difference a couple of years into the future. There is a lot of focus on drug discovery on these DUBs. It is a new pioneer area with promising potential when it comes to developing cancer treatments and other drugs.