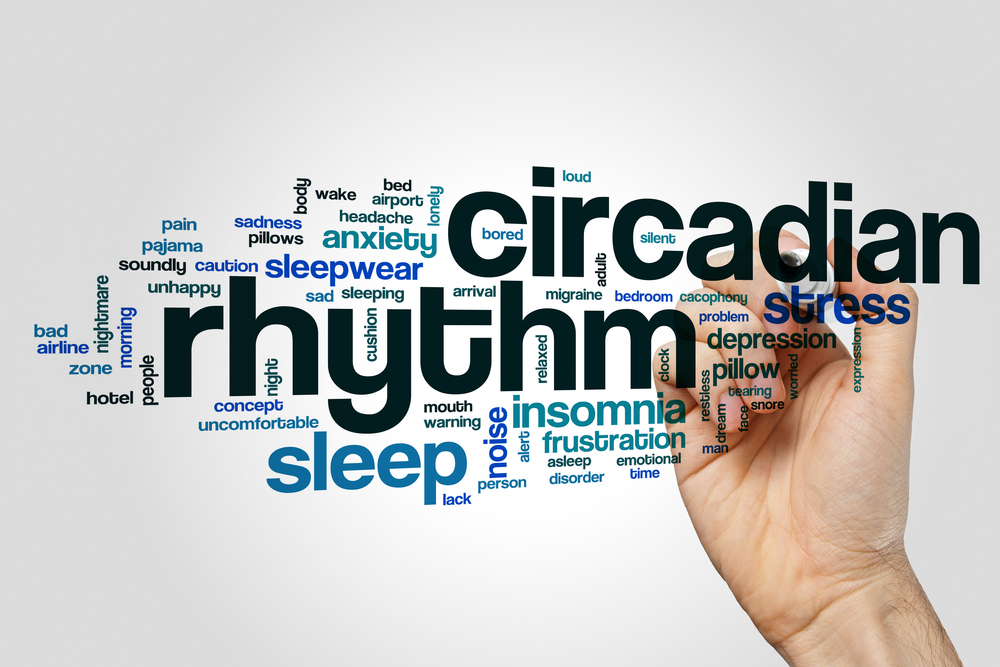 A new study, presented at The Endocrine Society's annual meeting in Chicago, found that a newly discovered pathway accountable for suppressing the effect of light on the biological clock may also provide a potential target for the regulation of circadian rhythms and treatment of visual impairment.

“While our understanding of what makes the circadian clock tick is advanced, our understanding of how the clock is set to the outside world via exposure to the light/dark cycle is only just emerging,” said Russell G. Foster, head of the department of ophthalmology at the University of Oxford.

In mice and in humans, the so-called “master clock” in the suprachiasmatic nuclei at the base of the hypothalamus controls the timing of the sleep-wake cycle, among other functions, Foster said.

In mammals, the internal day is “set” to the external world because the eye detects the light/dark cycle. The master clock then coordinates the rhythmic activity of billions of individual cellular oscillators throughout the body, fine tuning physiology and behavior to match the light/dark cycle, he said.

“What haunted me somewhat, 20 years or so ago, was how can the retina achieve both circadian light detection and visual light detection?” Foster said. In crude experiments, Foster and colleagues studied retinal mutant mice with mostly degenerated rods and cones, leaving only a few photoreceptors, and exposed them to a light/dark cycle.

The researchers found that, although the mice were visually bind, they had intact circadian responses to light. In further mouse experiments, when all rods and cones were eliminated through genetic engineering, circadian responses were similarly not affected when mice were exposed to a light/dark cycle, he said.

There, Foster said, is a third novel photoreceptor within the eye that is different from the rods and cones that regulate circadian rhythms and sleep/wake timing. These photosensitive retinal ganglion cells (pRGCs), entrain the clock to the dawn/dusk cycle, Foster said.

Jet lag and the internal clock

An important feature of entrainment is that circadian responses to light are limited — as typified by what humans describe as jet lag, Foster said. Full recovery from jet lag, Foster said, typically requires 1 day for every time zone crossed, and this is because exposure to light is not as effective as it can be.

What seems to be responsible, Foster said, is the protein salt-inducible kinase 1, or SIK1, which mouse models show reduces the effectiveness of light on the clock and provides a “negative feedback loop.”

“We now understand the molecular basis of jet lag and why it takes so long to adjust the sleep/wake cycle to a new time zone,” Foster said before the presentation. “There is a molecular ‘brake’ on the effects of light on the clock. When this protein is removed in mice, they do not suffer jet lag after a simulated 6-hour flight east.”

Additionally, sleep history, as encoded by levels of the neurotransmitter adenosine, can be extremely effective at inhibiting the effects of light on the clock, suggesting pharmacological pathways for manipulation, Foster said.

Sleep timing depends on two biological responses, Foster said, the homeostatic drive and the biological clock. Adenosine is important as a timing “cue” in this sleep-wake system, and can “impinge” on the molecular clock, Foster said.

In mouse models, a specific antagonist can completely reverse the effects of adenosine and sleep deprivation, Foster said, opening new avenues for pharmacological treatments in humans. “Sleep behavior encoded by levels of adenosine can alter the light sensitivity of the clock. So, the circadian and sleep systems ‘talk’ to each other at a molecular level to regulate sleep/wake timing.

“The eye is both the organ of space — it provides us with an image of our world — but it is also the organ of time, because of its role in regulating the circadian rhythms. The fact is, you can be visually blind, but maintain a perfectly normal response to circadian rhythms,” Foster said.