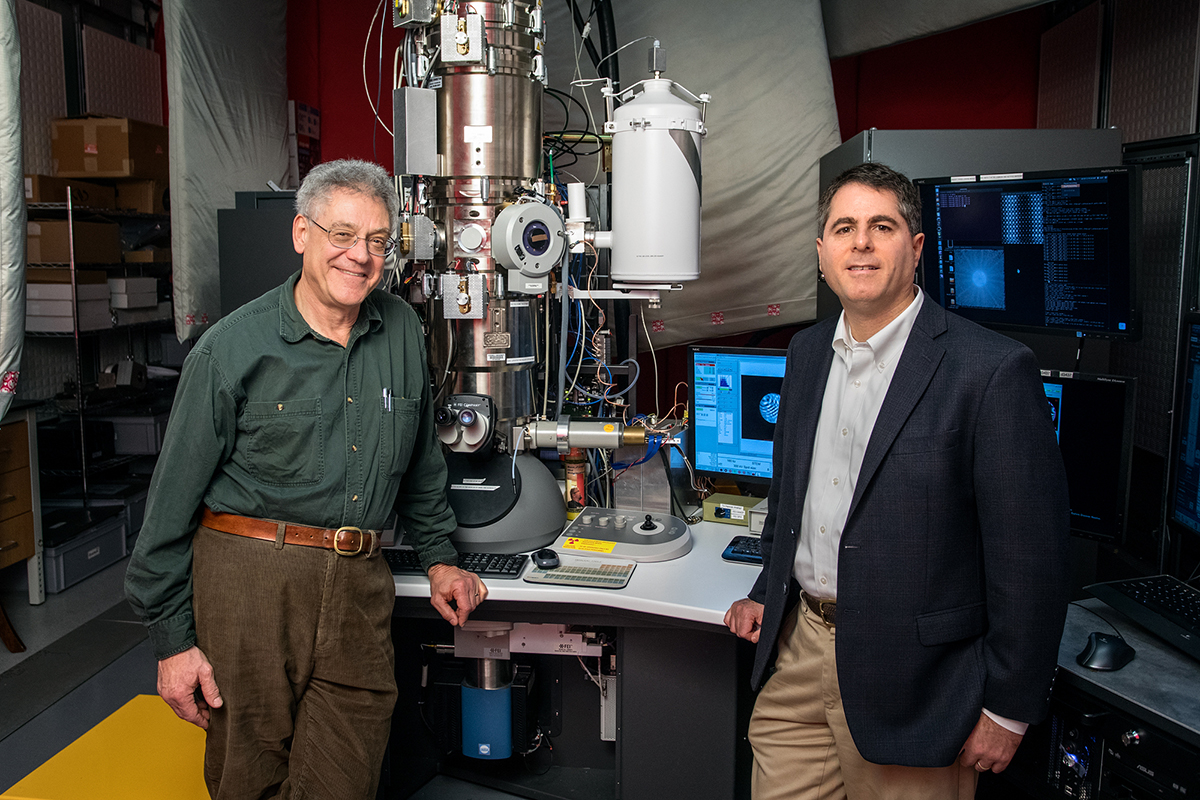 Researchers first need to understand the effects of radiation on samples, which is possible with a new device developed for holding tightly sealed liquid cell samples for transmission electron microscopy. From energy materials to disease diagnostics, new microscopy techniques can provide more nuanced insight. The study was published in Science Advances.

Researchers and  engineers dug into the mechanisms that degrade sample quality in liquid cell transmission electron microscopy (LC-TEM). They developed an LC-TEM device that uses multiple windows and patterned features to explore the impacts of high-energy electron bombardment on nanoparticles and sensitive biological samples.

The team explains that transmission electron microscopy (TEM) relies on a high-energy beam of electrons that passes through a sample. Whether the sample is from a battery electrode or bacterial cells, the passing electrons will scatter in a specific way reflecting the sample's atomic structure. In LC-TEM, materials can be examined in a native state allowing dynamic observations, but the samples are liquid or suspended in liquid and have to be tightly sealed to withstand the space-like vacuum of the instrument.

They have designed and fabricated new devices for holding liquid samples which give us more 'window' regions to collect images than were previously available. Using these multiple windows, we were able to study how the history of electron irradiation influences the nucleation and growth of silver nanoparticles, the growth properties of which are sensitive to the radicals that are generated with the beam.

They also used them to study how these radicals impact bacterial cells and demonstrate the extreme sensitivity of these biological samples to the electron beam.

Irradiation from the high-energy beam used in LC-TEM can cause physical damage to samples. For example, the team found that when a cell was imaged — and was exposed to significant electron flux for the first time observed nanoparticle movement relative to the cell membrane was a result of cell damage. That matters because the insight shows that the movement is an artifact of imaging the cell rather than watching cell dynamics happen in real-time.

They were able to capture pristine images of cells using our multi-chamber device wherein the first image represented the cells first exposure to significant electron doses.

As the nuances of LC-TEM are gleaned, possible applications include gathering extremely high-resolution, detailed information on energy device and storage materials as well as disease detection, medical imaging and digging deep into the basics of cell activity.

In terms of next steps, the team plans to focus on characterizing more biological samples, which appear to be vulnerable to the effects of electron irradiation. The new LC-TEM device offers more windows into this complex atomic world, providing more chances for breakthroughs in energy and health.