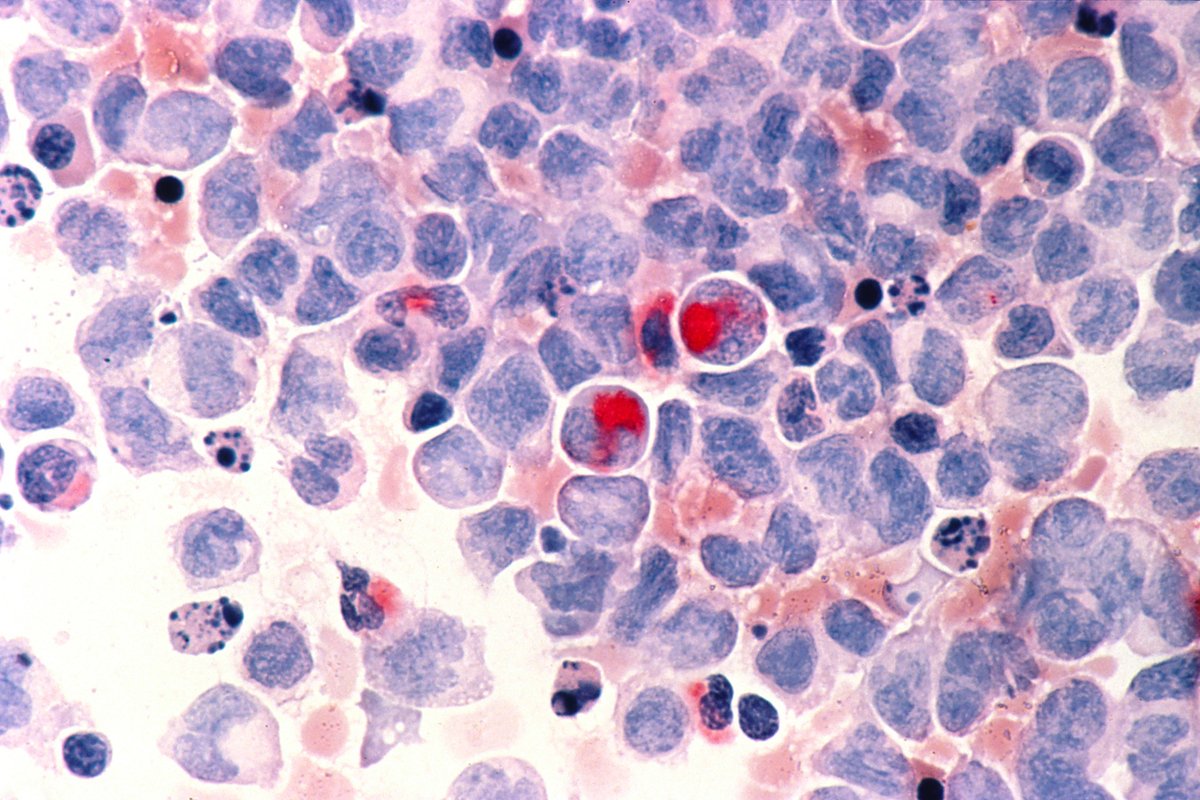 Researchers from the Albert Einstein College of Medicine have reported an experimental peptide drug that shows promise against acute myeloid leukemia (AML). The findings, published in the journal Science Translational Medicine, have led to a Phase I/II clinical trial for patients with advanced AML and advanced myelodysplastic syndrome.

In preclinical studies, the experimental drug called ALRN-6924 tripled the median survival rate in an animal model of human AML (mice transplanted with human leukemia cells) from 50 to about 150 days, the report noted.

"This is a very striking response," said study leader Ulrich Steidl, professor of cell biology and of medicine and the Diane and Arthur B. Belfer Faculty Scholar in Cancer Research at Einstein and associate chair for translational research in oncology at Montefiore.

"Most experimental drugs for leukemia achieve an increase in survival of only a few days in these preclinical models. Even more importantly, ALRN-6924 effectively cured about 40% of the treated mice, meaning they were disease-free more than one year after treatment-; essentially a lifetime for a mouse."

ALRN-6924 was developed by Aileron Therapeutics Inc. to target p53, a protein that suppresses tumors but is inactivated in many forms of cancer including AML. The drug was designed to inhibit two naturally occurring proteins, MDMX and MDM2, whose overexpression inactivates p53, allowing cancer cells to multiply unchecked.

Dr. Steidl and his colleagues confirmed that ALRN-6924 targets both MDMX and MDM2, blocking their interaction with p53 in AML cells. That effect was seen in both more mature AML cells and the immature stem cells that produce them. "This is important," said Dr. Steidl, "because AML is driven by stem cells."

Those same molecular changes were observed in blood cells of an AML patient who was given the drug on a compassionate-use basis. "Our goal was to determine whether it can hit the desired target in human cells in a clinical setting, which it did in this individual," said Dr. Steidl.

ALRN-6924 is a so-called stapled alpha-helical peptide, a promising new class of drugs whose helical structure is stabilized using hydrocarbon"staples." The stapling prevent the peptides from being degraded by enzymes before reaching their intended target, a fate that often befalls conventional peptide drugs.

The Montefiore trial is testing ALRN-6924 on patients with relapsed or refractory AML or advanced myelodysplastic syndrome. The trial is being led by Amit Verma, director of the Myelodysplastic Syndromes Program and of the division of hematologic malignancies at Montefiore Einstein Center for Cancer Care.

Dr. Steidl suspects that the drug may be applicable to other cancers driven by MDMX/MDM2 overexpression and p53 inactivation, including some cases of breast cancer, lung cancer and skin cancers and lymphomas.